The resolution, citing the 14th Amendment, is aimed at Republicans who may have helped spark what is being called an insurrection at the U.S. Capitol. 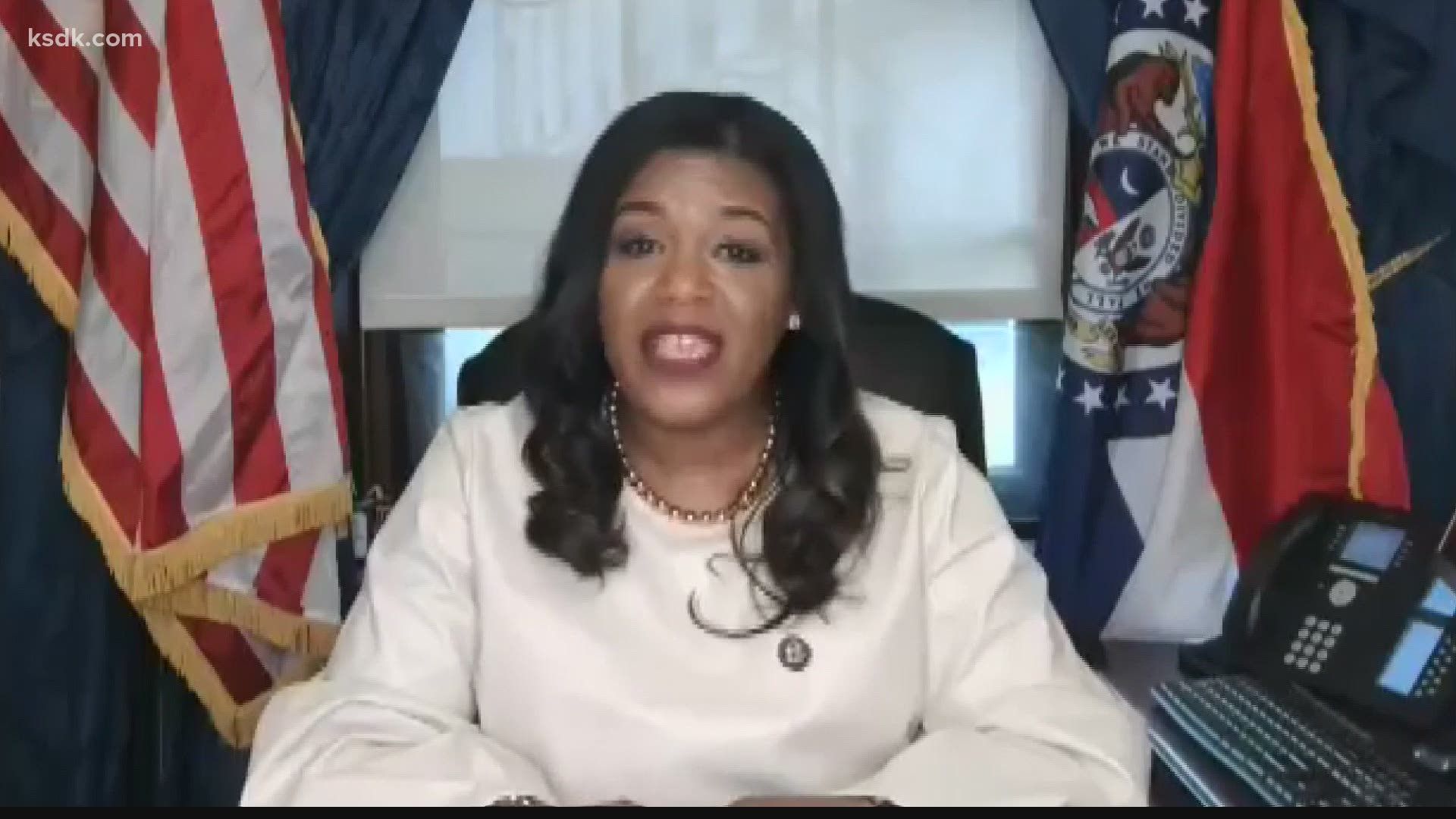 House Democrats have introduced two resolutions they say are aimed at censuring Republicans who fed into false election claims and other rhetoric that helped lead to the Jan. 6 riot at the U.S. Capitol. One of the measures even seeks to expel members from the House, citing the Constitution.

At President Donald Trump's "Save America" rally prior to the riot, Brooks told the crowd that he wanted them to take a message back home and “along the way stop at the Capitol.”

He said, “Today is the day that American patriots start taking down names and kicking ass.”

Brooks’ office said his remarks were meant to inspire the crowd to fight in the 2022 and 2024 elections. He denied encouraging violence.

Freshman Rep. Cori Bush, D-Mo., is going even farther. Her resolution calls on the House Ethics Committee to investigate "any and all actions" taken by Congress members who sought to overturn the election and have them face consequences that could include removal from office.

Bush cites Section 3 of the 14th Amendment, which states:

"No person shall be a Senator or Representative in Congress, or elector of President and Vice President, or hold any office, civil or military, under the United States, or under any state, who, having previously taken an oath, as a member of Congress, or as an officer of the United States, or as a member of any state legislature, or as an executive or judicial officer of any state, to support the Constitution of the United States, shall have engaged in insurrection or rebellion against the same, or given aid or comfort to the enemies thereof. But Congress may by a vote of two-thirds of each House, remove such disability."

It would, under Section 3 of the 14th Amendment, investigate and expel the GOP members of Congress who attempted to overturn the election and incited a white supremacist attack.

Call your rep to sign on. We can’t have unity without accountability.

Trump spent two months falsely claiming Democrat Joe Biden did not win the election and that it was "stolen" due to widespread voter fraud -- something he failed to prove in the courts. State officials across the country and former Attorney General William Barr said there was no sign of fraud to an extent that would overturn the election, which Biden won by 7 million votes and an Electoral College count of 306-232.

Trump told his supporters at the "Save America" rally "if you don’t fight like hell, you’re not going to have a country anymore" before many of them marched to the Capitol and stormed the building.

Despite assurances that the election was free and fair, roughly 100 House Republicans objected to some states' results on the day of the certification. However, a few reversed course immediately following the riot.

Trump was impeached by the House Wednesday for his perceived role in the riot. About an hour later, he posted a video condemning the violence.

RELATED: Trump condemns violence at US Capitol after House impeaches him