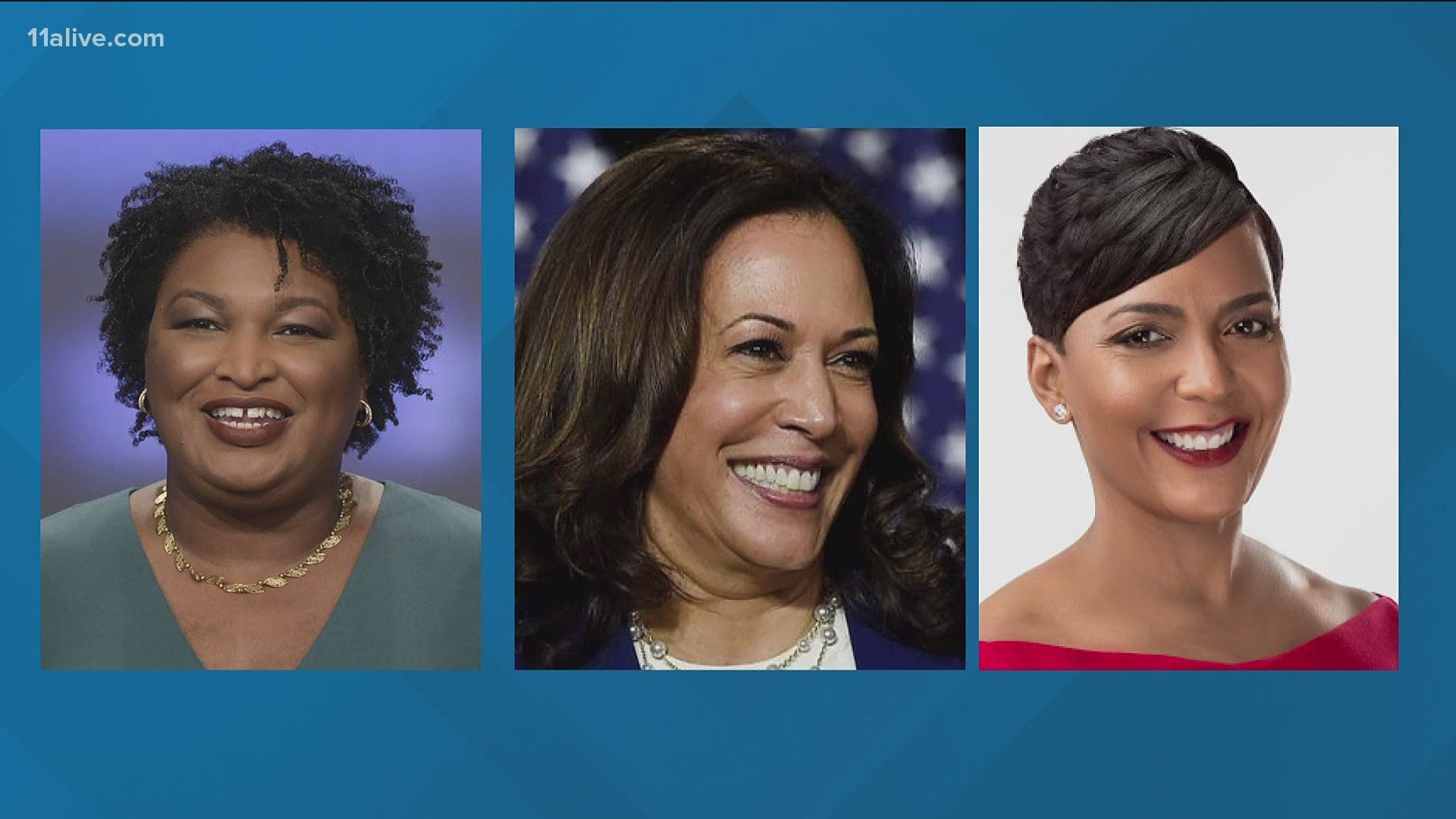 ATLANTA — From Vice President-elect Kamala Harris to Stacey Abrams' crucial impact on the race in Georgia, there is new representation on what became a historic day on Saturday.

It’s now a defining moment of pride for historically black colleges and universities - and how those institutions foster Black excellence in this country. And it brings the spotlight to three Black women proudly breaking barriers.

Social media showed love to Harris, the woman who will be Georgia’s 46th vice president, as well as, Georgia's own Stacey Abrams, and Atlanta Mayor Keisha Lance Bottoms.

Harris is a graduate of Howard University. Abrams, of Spelman College and Bottoms, a FAMU grad.

All three women have been getting credit for building momentum and support around the now Biden during his intense match-up against the sitting president, Donald Trump.

Harris is proud of her background as a daughter of immigrants with her father being from Jamaica and her mother from India.

Abrams is getting recognition for her voter registration efforts in the state. Her team said 800,000 new voters have been registered in Georgia since 2018.

And, throughout the presidential race, Mayor Bottoms stood behind Biden, helping him gain support in Atlanta. Bottoms was also on the shortlist as a possible vice president.

Three women - and their biggest flex, is to take Black Girl Magic into spaces where it can provide representation and inspire a young generation of diverse leaders.