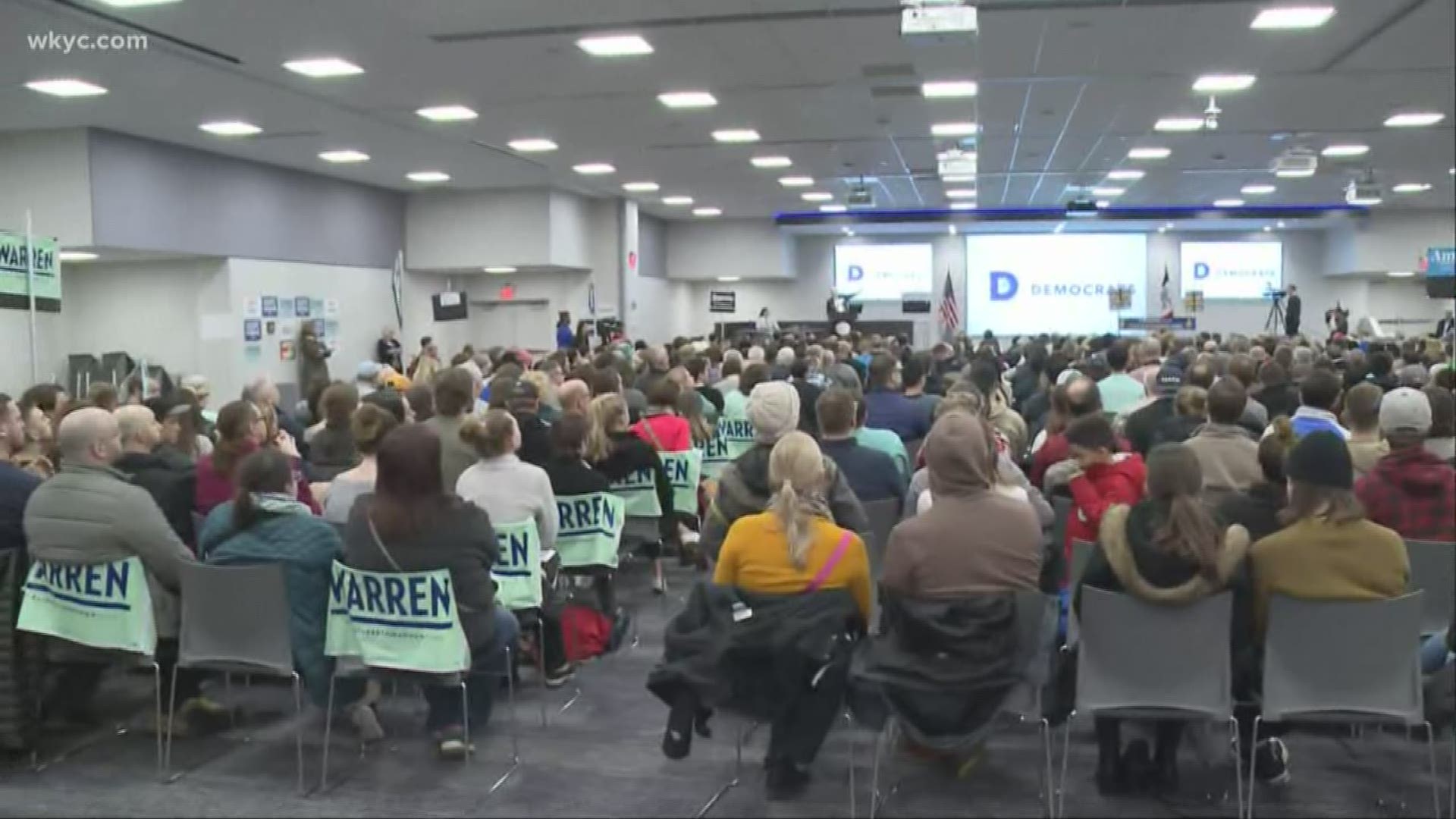 Party chairman Troy Price spoke to reporters Tuesday afternoon apologizing for the delays and said, as party chair, the situation is "unacceptable." Price said the party hit a "stumbling block" with the numbers, but assured the public that the data was always safe.

Price said that he took the situation personally, going on to say that his "paramount concern is making sure these results are accurate." He said that more data has been reported out this year than ever before, as transparency has been a top priority for the party this year.

The chair of the Iowa Democratic Party said they have been working with cyber security experts to perform security checks and testing. There were coding irregularities which were found as the results were coming in.

As Fox News reports, with 62% of the vote released, early results for the state delegate count show that Pete Buttigieg was in the lead at 26.9%, with Bernie Sanders coming in second at 25.1% and Warren in third at 18.3%.

Technical problems have delayed the release of results from the first-in-the-nation contest, leaving campaigns and the public in the dark.

In another vote count for the popular vote, the Washington Post reported that Sanders was in the lead at 26.3%, with Buttigieg behind him at 25.1%

Earlier Price said the party was collecting paper records from more than 1,600 caucus sites “to make sure we have all of the documented information in place.”

The Iowa Democratic Party said earlier the delays in reporting the outcome of Monday's caucuses were due to a coding issue that has been fixed.

In a statement Tuesday, Price said, “We have every indication that our systems were secure and there was not a cyber security intrusion.” Price says independent cybersecurity consultants tested the systems in preparation for the caucuses.

Candidates left Iowa Monday night for New Hampshire without the outcome of the contest being announced, a debacle that renewed criticism of Iowa's first-in-the-nation status and the caucus format.

Shadow Inc., the developer of the app used by the Iowa Democratic party issued a statement online saying it "sincerely" regretted the delay. The company said it had "already corrected the underlying technology issue" and would "apply the lessons learned in the future."

The delay is forcing the candidates to write their own narrative without having official results.

Sen. Bernie Sanders, who some of the final polls were predicting would be the winner Monday night, said he had a good feeling about what the results would hold.

"And when those results are announced, I have a good feeling we're going to be doing very, very well," Sanders told a rally Monday night.

His campaign released what it said was internal numbers from nearly 40% of precincts Monday night. It showed Sanders leading the pack with 30% followed by Former South Bend, Indiana, Mayor Pete Buttigieg with 25%. Sen. Elizabeth Warren, former Vice President Joe Biden and Sen. Amy Klobuchar rounded out the top 5, according to the Sanders campaign count.

Buttigieg declared victory even though no official results had been reported. Speaking to supporters late Monday in Des Moines, the Democratic presidential candidate said, “By all indications, we are going on to New Hampshire victorious.”

The campaign manager for Democratic presidential candidate Elizabeth Warren called delays “a mess” and says that “every second that passes sort of undermines the process a little bit.”

Roger Lau told reporters at Warren's watch party that the campaign had seen very little official data. But he said based on the campaign's own internal figures, it sees a three-way jumble at the top with Warren, Bernie Sanders and Pete Buttigieg. He says their internal numbers show Joe Biden “a distant fourth.”

Biden declared success despite results not yet being released by the state Democratic Party.

His campaign released a statement demanding an explanation.

"We believe that the campaigns deserve full explanations and relevant information regarding the quality control you are employing, and an opportunity to respond, before any official results are released," Dana Reamus wrote to Iowa Democratic Party leaders on behalf of Biden.

Candidate Andrew Yang said his background as a technology entrepreneur would help solve the issues.

Former candidate Julián Castro, who is now a surrogate for Warren, tweeted that democracy had been "misserved" by the problems.

Meanwhile, President Donald Trump has also weighed in on the caucus results, calling the whole incident an "unmitigated disaster."

Sources told NBC News that the state party hosted a conference call with the campaigns late Monday night and it became very heated. NBC News reported party leaders wound up hanging up on campaign officials who were pressing for more information on the reporting issues.

Nearly a dozen Democratic White House contenders are still vying for the chance to take on the president in November. Iowa's first-in-the-nation caucuses have been expected to provide some clarity for what has been a muddled nomination fight, but that remains to be seen.

At 7 p.m. Central time on Monday, voters gathered at more than 1,700 sites throughout Iowa and began declaring support for their preferred candidate. They then will participate in “alignment,” which allows supporters of eliminated candidates to choose again.

For the first time this year, the Iowa Democratic Party will report three sets of results: tallies for the “first alignment” and “final alignment,” as well as each candidate's total of “state delegate equivalents.” Previously, only each candidate's ultimate number of state convention delegates has been reported.

The Associated Press will declare the winner based on the number of state delegate equivalents.

Polls before the caucuses began suggested Sanders had a narrow lead, but any of the top four candidates could score victory in the unpredictable caucus system.

In a Facebook post, the group wrote "these were the first votes cast in the United States for President."

President Trump won the Iowa Republican caucuses in a largely symbolic vote, as he was facing no significant opposition.

Overseas, Paris is one of just three satellite caucus locations outside the U.S. and drew the biggest number of expat Iowans.

Voters came from Egypt, Italy, London and Amsterdam to gather in the French capital and choose their Democratic presidential candidate for the 2020 election.

Some are serving at U.S military bases. Some are studying abroad. Some had never met another Iowan abroad until Monday night.

RELATED: How well do the Iowa caucuses predict the presidential race?

RELATED: 5 things you might not know about the Iowa caucuses

RELATED: Iowa caucuses: What are delegates and how are they awarded?