US says all UN sanctions on Iran restored, but rest of world yawns

The snapback would mean sanctions eased or lifted under the 2015 Iran nuclear deal are reimposed, but nations say the US lost legal standing when it pulled out. 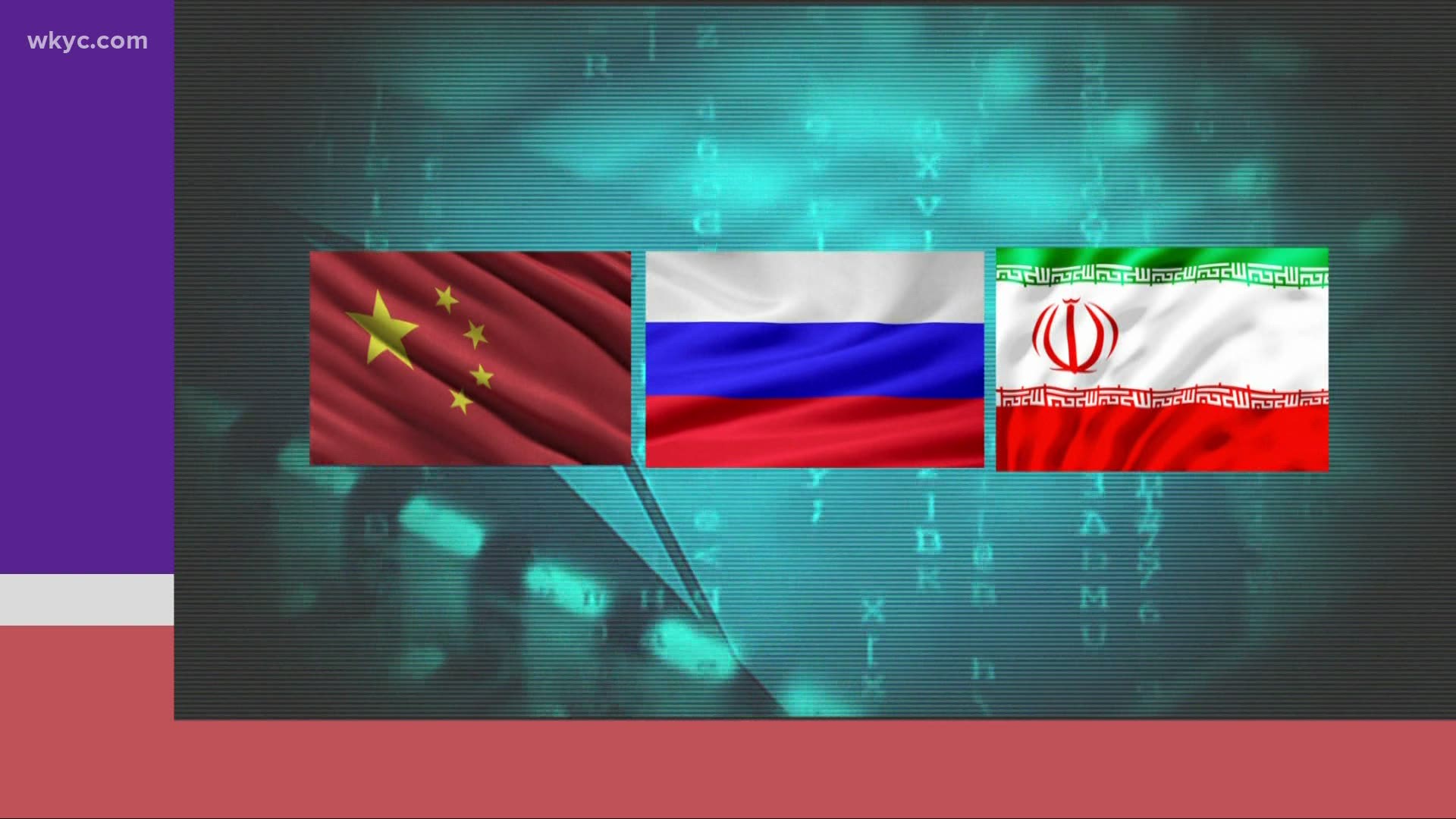 WASHINGTON, D.C., USA — The Trump administration declared Saturday that all U.N. sanctions against Iran have been restored, a move most of the rest of the world rejects as illegal and sets the stage for an ugly showdown at the world body ahead of its annual General Assembly.

The administration said that its triggering of the “snapback” mechanism in the U.N. Security Council resolution that enshrined the 2015 Iran nuclear deal had taken effect at 8 p.m. Eastern Time. That is 30 days after Secretary of State Mike Pompeo notified the council that Iran was in “significant non-performance” with its obligations under the accord, known as the Joint Comprehensive Plan of Action, or JCPOA.

“The United States took this decisive action because, in addition to Iran’s failure to perform its JCPOA commitments, the Security Council failed to extend the UN arms embargo on Iran, which had been in place for 13 years,” Pompeo said in a statement released at precisely 8 p.m.

“In accordance with our rights ... we initiated the snapback process to restore virtually all previously terminated U.N. sanctions, including the arms embargo,” he said. “The world will be safer as a result.”

The White House plans to issue an executive order on Monday spelling out how the U.S. will enforce the restored sanctions, and the State and Treasury departments are expected to outline how foreign individuals and businesses will be penalized for violations.

“The United States expects all U.N, member states to fully comply with their obligations to implement these measures,” Pompeo said. “If U.N, member states fail to fulfill their obligations to implement these sanctions, the United States is prepared to use our domestic authorities to impose consequences for those failures and ensure that Iran does not reap the benefits of U.N.-prohibited activity.”

But the U.S. move faces stiff opposition from the other members of the Security Council who have vowed to ignore it. They say the U.S. lost legal standing to invoke snapback when President Donald Trump withdrew from the nuclear deal in 2018 and reimposed American sanctions on Iran. The U.S. argues it retains the right to do it as an original participant in the deal and a member of the council.

Even before the U.S. declaration, fellow Security Council members said the declaration had no legal force, calling into question the ability to enforce snapback. Snapback means that international sanctions eased or lifted by the nuclear deal are reimposed and must be enforced by U.N. member states, including hitting Iran with penalties for uranium enrichment to any level, ballistic missile activity and buying or selling conventional weapons.

Those bans were either removed or set to expire under the terms of the deal in which Iran was granted billions of dollars in sanctions relief in return for curbs on its nuclear program.

China and Russia have been particularly adamant in rejecting the U.S. position, but U.S. allies have not been shy either. In a letter sent Friday to the president of the Security Council, Britain, France and Germany — the three European participants who remain committed to the deal — said the U.S. announcement “is incapable of having legal effect and so cannot bring in to effect the procedure.”

“It flows from this that any decisions and actions which would be taken based on this procedure or on its possible outcome would also be incapable of having any legal effect,” they wrote. Thus, the three countries said, the sanctions relief provided by the nuclear deal will remain in place.

Russia's deputy ambassador to the U.N., Dmitry Polyanskiy, said the U.S. had only isolated itself. “It’s very painful to see how a great country humiliates itself like this, opposes in its obstinate delirium other members of U.N. Security Council,” he wrote on Twitter.

In its own letter to the Security Council on Saturday, Iran said the U.S. move “is null and void, has no legal standing and effect and is thus completely unacceptable.”

U.S. officials have talked tough about their intentions to ensure the sanctions are enforced, but it remains unclear how the administration will respond to being ignored, particularly by its European allies, which have pledged to keep the nuclear deal alive. A wholesale rejection of the U.S. position could push the administration, which has already withdrawn from multiple U.N. agencies, organizations and treaties, further away from the international community.

In the midst of a heated campaign for reelection, Trump plans to address Iran in a speech to the General Assembly's annual high-level meeting on Tuesday. Officials say he will also touch on his brokering of agreements for Israel and the United Arab Emirates and Bahrain to normalize relations in part to solidify a regional bulwark against Iran.

And, as he seeks to demonstrate statesmanlike credentials ahead of the election, Trump has injected another element of uncertainty into the mix by threatening to retaliate “1,000 times” harder against Iran if it attacks U.S. personnel overseas.

Credit: AP
FILE - In this Aug. 20, 2020 file photo Secretary of State Mike Pompeo departs a meeting with members of the U.N. Security Council about Iran's alleged non-compliance with a nuclear deal at the United Nation in New York. The Trump administration has declared that all U.N. sanctions against Iran have been restored, a move most of the rest of the world rejects as illegal. (Mike Segar/Pool via AP)

Iran earlier Saturday warned that it may still strike U.S. interests to avenge the death of a top Iranian general in an American airstrike earlier this year. But the head of the country's Revolutionary Guard Corps mocked a report that it was plotting to assassinate the U.S. ambassador to South Africa, saying Iran's response would target people directly or indirectly involved in the general's death.

Amid uncertainty over that, the other 14 members of the Security Council and all but about five of the U.N.‘s 195 member states say the U.S. lost its legal standing to act on sanctions when Trump withdrew from the nuclear accord more than two years ago.

Pompeo traveled to the United Nations on Aug. 20 to formally notify the Security Council that the U.S. was triggering snapback because Iran is not complying with the nuclear deal. He dismissed suggestions that the administration was engaged in anything legally questionable or even controversial.

He has said the snapback mechanism was the “one thing that the previous administration got right” in the nuclear deal that Trump has denounced as the worst deal ever negotiated. Yet, aside from Israel and the Gulf Arab states, almost no country in the world agrees with the U.S.

Trump administration officials have been attacking the 2015 nuclear deal for years. They say it is fatally flawed because certain restrictions on Iran’s nuclear activity gradually expire and will allow the country to eventually develop atomic weapons.

Edith M. Lederer at the United Nations contributed to this report.