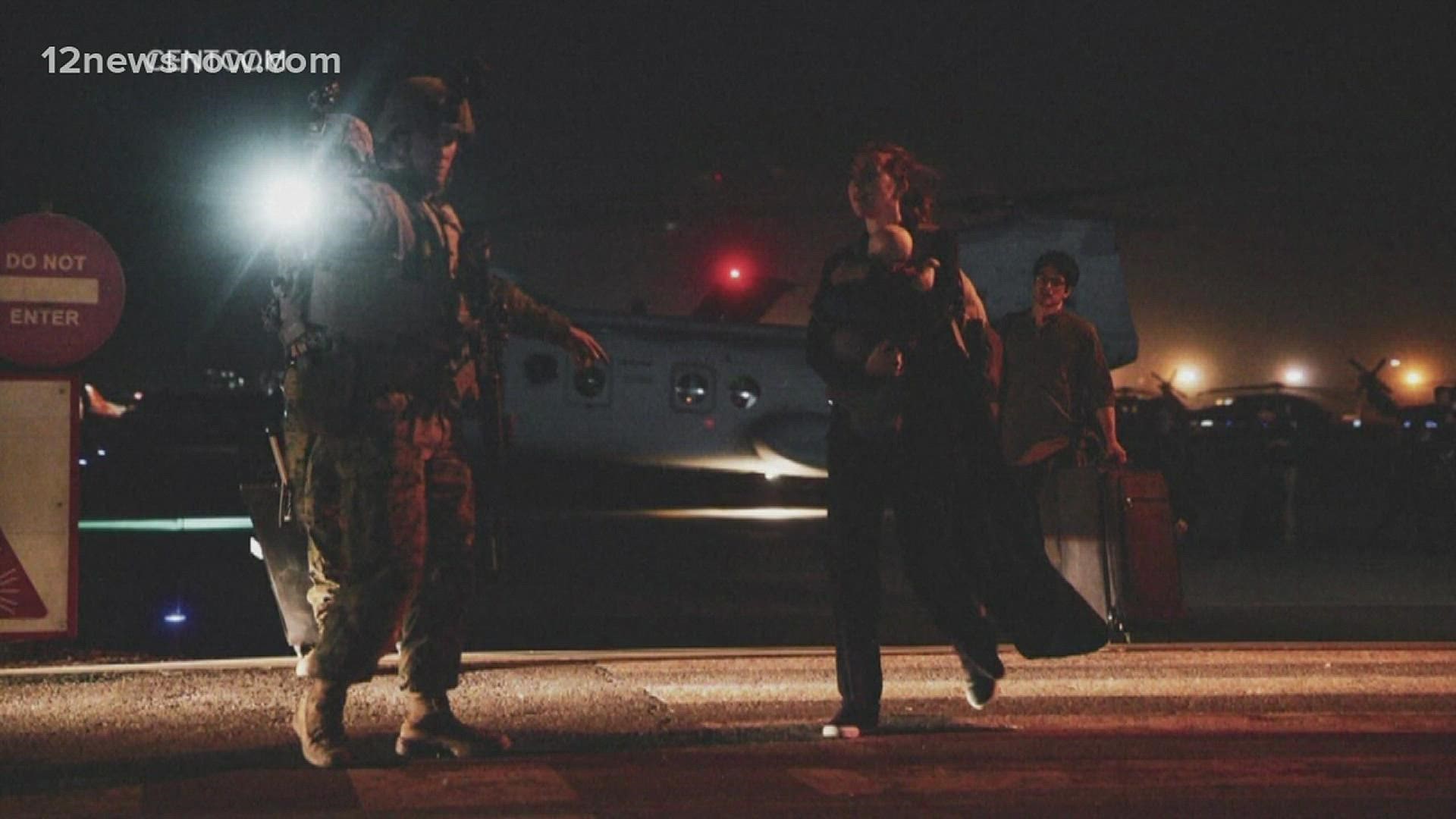 WASHINGTON — The Taliban takeover of Afghanistan has given new urgency to Vice President Kamala Harris' tour of southeast Asia, where she will attempt to reassure allies of American resolve following the chaotic end of a two-decade war.

The trip, which begins Friday and includes stops in Singapore and Vietnam, will provide a forum for Harris to assert herself more directly in foreign affairs. She will have opportunities to affirm what she and President Joe Biden view as core American values, including human rights. That's especially important given concerns about the future for women and girls in Afghanistan with the Taliban back in power.

But there are also substantial risks. A longtime district attorney and former senator, Harris is largely untested in international diplomacy and foreign policy. Her swing through Vietnam could draw unwanted comparisons between the humiliating withdrawal of U.S. troops there in 1975 and the tumultuous effort this week to evacuate Americans and allies from Afghanistan. And it's all happening in the shadow of China, whose growing influence worries some U.S. policymakers.

“She’s walking into a hornet’s nest, both with what’s taking place in Afghanistan, but also the challenge of China that looms particularly large in Vietnam,” said Brett Bruin, who served as global engagement director during the Obama administration and was a longtime diplomat. “On a good day, it’s walking a tightrope. On a not so good day, it’s walking a tightrope while leading an elephant across. There’s just an enormous set of issues that she will run into from the moment that Air Force Two touches down.”

Harris struggled at points in June when her first major trip abroad took her to Guatemala and Mexico. Her unequivocal warning to migrants not to come to the U.S. angered some progressive Democrats while doing little to mollify Republican critics who said the administration wasn't doing enough to address a growth of crossings at the southern border.

She'll have a fresh chance to make a global impression when she arrives in Singapore, the anchor of the U.S. naval presence in southeast Asia.

On Monday, Harris will speak with Singapore President Halimah Yacob over the phone, participate in a bilateral meeting with Singapore Prime Minister Lee Hsien Loong and deliver remarks on a U.S. combat ship visiting Singapore.

On Tuesday, she plans to deliver a speech outlining the U.S. vision for engagement in the region, and participate in an event with business leaders focused on supply chain issues.

Harris then heads to Vietnam, a country that holds both strategic and symbolic significance for the U.S. Leaders there have echoed U.S. concerns about the rise of neighboring China and the potential threat that could pose to global security. But it's also a nation etched into American history as the site of another bloody, costly war with an ignominious end.

The vice president will almost certainly address that parallel when she takes questions from the press in Singapore during a joint press conference with the prime minister Monday. It's a potentially awkward position for Harris because Biden expressly rejected comparisons between Afghanistan and Vietnam in July, insisting there would be “no circumstance where you see people being lifted off the roof of a embassy” in Afghanistan, a reference to historic images of a helicopter evacuating a U.S. embassy in Saigon in 1975.

But the harried effort to get Americans to the airport in Kabul this week defied that prediction.

While the disorderly conclusion of the Afghan war dominated Washington in recent days, China may be a bigger priority for Harris' trip. Biden has made countering Chinese influence globally a central focus of his foreign policy. Relations between the U.S. and China deteriorated sharply under Biden’s predecessor, Donald Trump, and the two sides remain at odds over a host of issues including technology, cybersecurity and human rights.

And with Beijing’s incursions in the disputed South China Sea, engagement with Vietnam and Singapore is key to the Biden administration’s diplomatic and military goals in the region.

Former U.S. ambassador to Vietnam David Shear said Harris must be careful to offer a “positive” message to the nations, and avoid focusing entirely on China during her trip.

Instead, analysts say they hope Harris will focus in particular on trade issues during her trip. The White House has been considering a new digital trade deal with countries in the region, which would allow for the free flow of data and open up opportunities for U.S. companies for greater cooperation on emerging technologies in a fast-growing region of the world.

And COVID-19 is certain to be top of mind in two countries facing starkly divergent virus trends. Singapore has experienced just a few dozen pandemic-related deaths and has a relatively high vaccination rate, and the country is getting ready to ease travel and economic restrictions this fall. Vietnam, meanwhile, is facing record-high coronavirus infections driven by the delta variant and low vaccination rates.

The U.S. has provided more than 23 million vaccine doses to the Association of Southeast Asian Nations (ASEAN), and tens of millions of dollars in personal protective equipment, laboratory equipment and other supplies to fight the virus.

During her visit to Vietnam, Harris is planning to hold a virtual meeting with ASEAN health ministers and tout the launch of a regional office of the Centers for Disease Control and Prevention. Gregory Poling, a senior fellow for Southeast Asia at the Center for Strategic and International Studies, said showing a commitment to the region on the coronavirus pandemic is key for Harris' trip.