Secretary of State Jocelyn Benson has issued a directive reminding Michigan elections clerks that firearms cannot be openly carried at the polls. 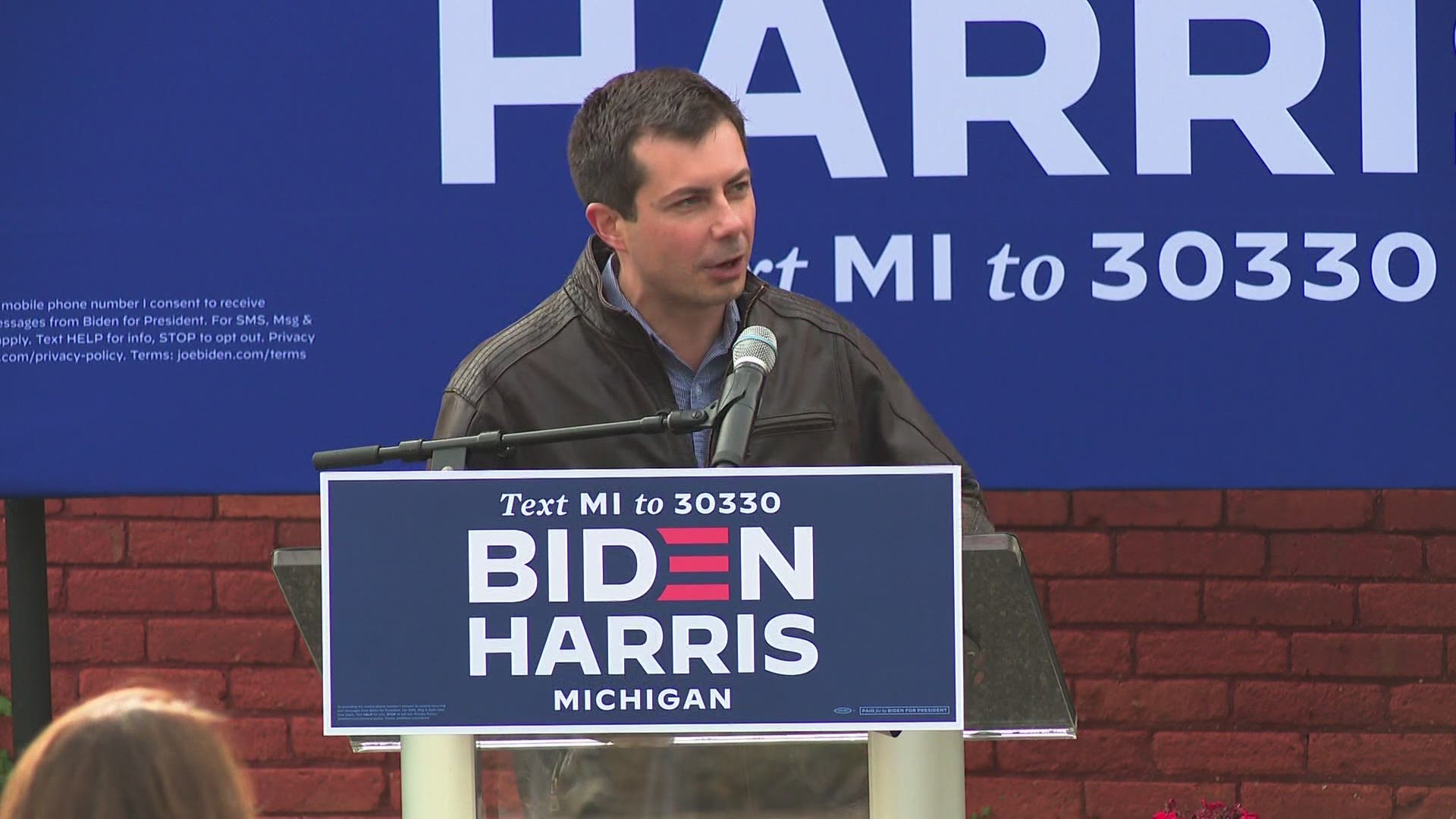 WASHINGTON — Editor's note: The related video above was published Oct. 19.

Michigan's secretary of state's ban on openly carrying firearms at polling places is being challenged by gun rights groups, a little more than a week from Election Day.

Concerns about voter intimidation have grown in battleground states of the presidential race like Michigan, where Secretary of State Jocelyn Benson has issued a directive reminding elections clerks that firearms cannot be openly carried at the polls.

“Fair, free and secure elections are the foundation of our democracy,” Benson said.

Three groups sued against her ban last week in the Michigan Court of Claims, asking for faster proceedings so the issue can be settled before Nov. 3, news outlets report.

Michigan Open Carry lawyer Dean Greenblatt told Michigan Public Radio that Benson is acting outside her authority. He says people should not have to choose between their right to vote, and to bear arms.

The Traverse City Record-Eagle reports some sheriffs have said they won't enforce Benson's ban. Police Chief Jeffrey O’Brien says the directive holds no authority under the Second Amendment and Michigan has no law prohibiting open carry, but that he'll uphold the ban if prosecutors find it's legal.

The Detroit Free Press reports that although the Michigan attorney general says the secretary of state has the authority to issue the directive, neither official has been able to cite how, legally.

Benson spokesman Jake Rollow said the secretary's "narrowly tailored directive does not infringe upon the right to bear arms."

He said, "It simply protects voters and election workers by providing much-needed clarity on the existing state and federal laws that prohibit voter intimidation, harassment and coercion.”

Benson said at a news conference that the directive wasn't in response to specific threats.

American University professor Kurt Braddock, who researches extremist groups, says militias like those accused of plotting to kidnap Michigan Gov. Gretchen Whitmer have shown they have no qualms about carrying guns in public.

Members of one of the groups, called the Wolverine Watchmen, are accused of planning and training for other violent crimes, such as storming the Michigan Capitol.

“It’s one thing for militias to take semi-automatic rifles into the Michigan Statehouse. It’s another thing to take it into a post office where somebody is trying to vote, where there aren’t armed guards and people to protect the electorate,” he said.

Gun rights activists say fears of violence at the polls are unfounded and stoked by a leftist agenda.

“This sounds like a lot of fear-mongering by gun haters. They are always predicting that violence is going to break out. But like Chicken Little, they are always wrong,” said Erich Pratt, senior vice president at Gun Owners of America.