The video must be archived for 120 days, and police agencies that disregard the camera requirement could be sued for withholding evidence. 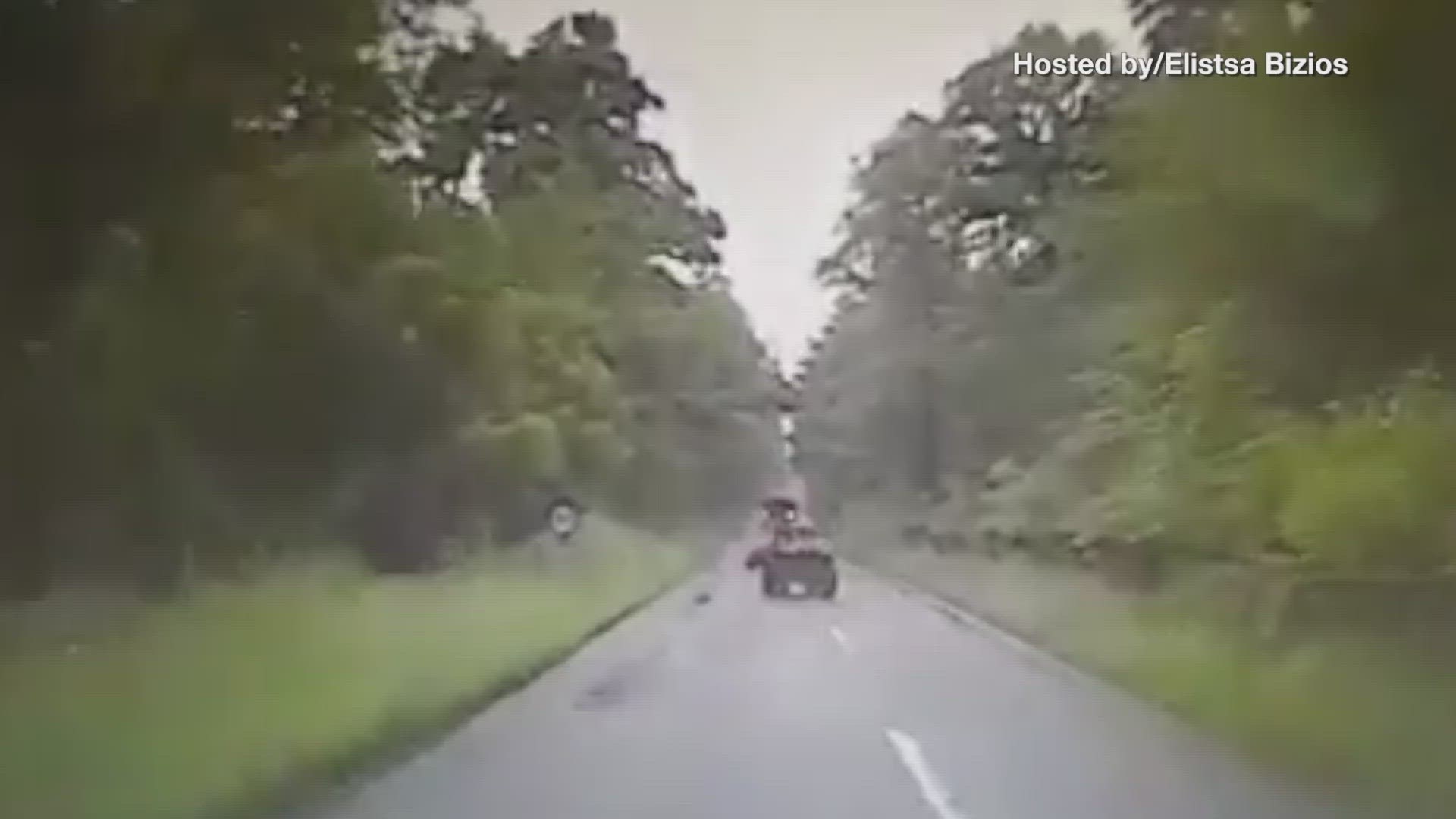 The Democrat-led House of Representatives voted 44-26 on the Senate-approved police accountability reforms that provide exceptions for tribal authorities.

Video must be archived for 120 days, and police agencies that flout the camera requirement could be sued for withholding evidence, under the legislation.

The bill also includes new sanctions for police convicted for unlawful use of force or failure to stop excessive force by colleagues -- permanently revoking police certification unless the conviction is pardoned by the governor.

Lujan Grisham has urged the Legislature to seize upon the momentum of demonstrations set off by George Floyd's killing at the hands of Minneapolis police to enact policing reforms including mandatory body-worn cameras for police.

"Our communities have a right to feel safe in their lives, they deserve to live with respect and dignity," Lara Cadena said. "We have our own stories about encounters (with police) that have gone wrong and ended with death."

House Republicans rallied against the proposed legislation as hastily written and financially burdensome for police agencies, which will be given 90 days to deploy cameras.

"Cities and counties are going to have to make the decision: Do we raise taxes or do we cut the number of police officers on the street," said Republican House Minority Leader James Townsend of Artesia.

"We're not against body cameras," said GOP Rep. Bill Rehm of Albuquerque, a retired sheriff's deputy. "I think that we have brought out a lot of the unintended consequences of the legislation that is not vetted well."

Bill sponsor Sen. Joseph Cervantes of Las Cruces, highlighted the widespread use of body cameras in major cities and recent revelations about police brutality, in an impassioned floor speech on Friday.

Cervantes also invoked the death of Antonio Valenzuela at the hands of Las Cruces police officers in a video-recorded encounter in February that has led to charge of involuntary manslaughter against one officer.

The Albuquerque Police Department, the largest in the state, has been using cameras for years as it implements reforms under a consent decree with the U.S. Justice Department. Federal authorities in 2014 issued a scathing report in response to a series of deadly police shootings in the city that pointed to patterns of excessive force, constitutional violations and a lack of training and oversight of its officers.

In a statement, Lujan Grisham complimented the Legislature for launching "an important and overdue conversation about accountability in law enforcement and in ensuring a just and safe New Mexico for all."

The House abandoned a bill aimed at identifying and uprooting institutionalized racism in state government. The measure would have documented the ethnic and racial demographics of agency workforces and provided training to avoid institutional racism.

The state Senate adjourned on Saturday from the special legislative session before it could endorse minor House amendments to the bill in response to concerns by state personnel officials.

Democratic Sen. Linda Lopez of Albuquerque vowed to revive the bill when the Legislature returns in 2021.

Lawmakers also sent an economic recovery bill to the governor that would offer more than $400 million in low-interest loans to small businesses and local governments in the midst of the coronavirus pandemic. The bulk of the loans are reserved for small businesses including nonprofit organizations.

Individual business loans are capped at $75,000 and reserved for those with less than $5 million in annual revenues that have lost significant income since the local virus outbreak began in March. The loans would flow from the state's multibillion-dollar severance tax permanent fund.

The program was endorsed by the state House on a 59-5 vote at the close a special session focused primarily on solvency issues for state government.

"If we lose these small businesses, we are going to lose an incredible part of the wealth of our state," said Democratic state Rep. Marian Matthews of Albuquerque.

"How much better would these small businesses have been positioned had we not done that?" he said.