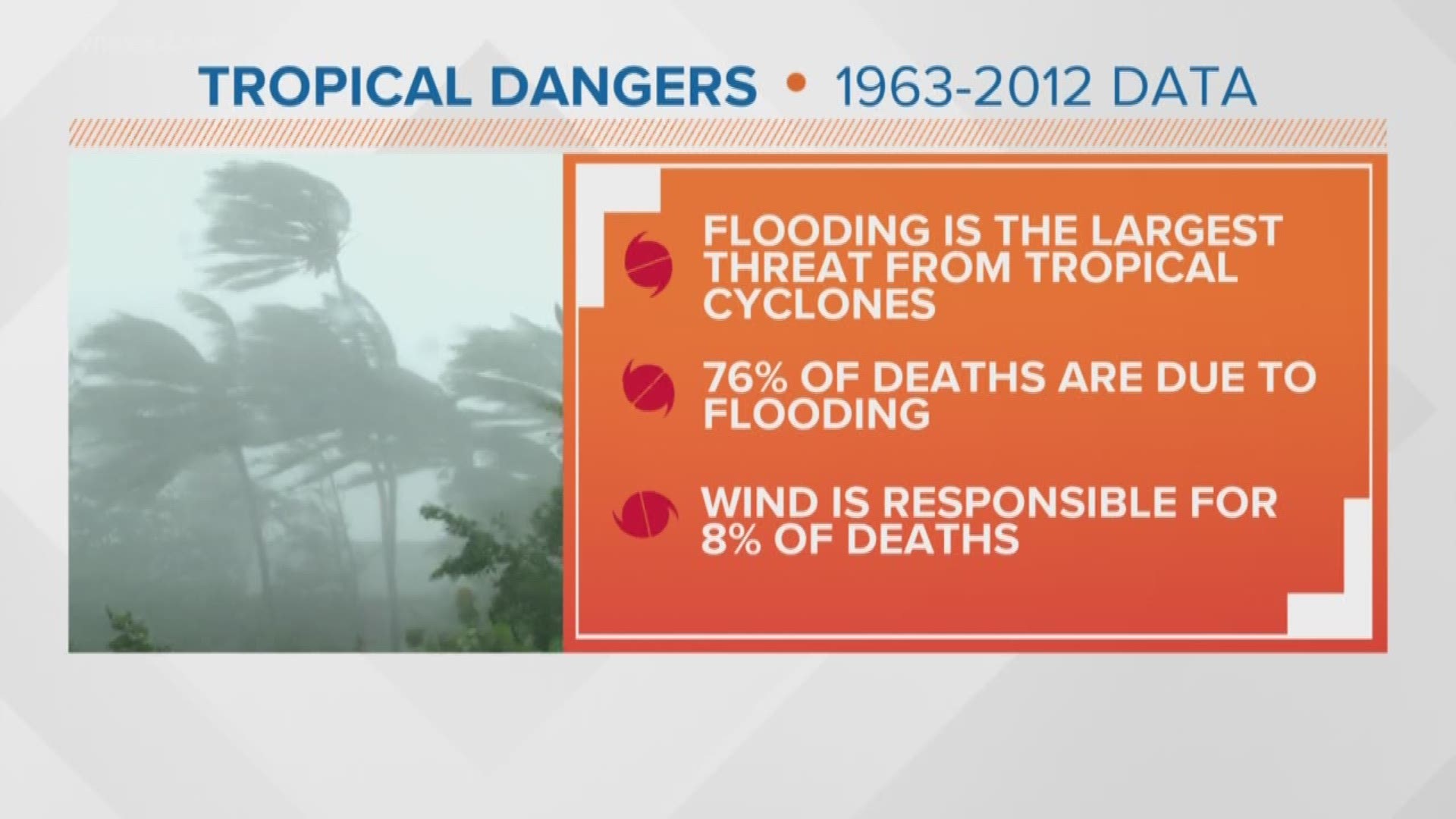 The NOAA released its updated hurricane season outlook, which now predicts 10 to 17 named storms (winds of 39 mph or higher), with five to nine potentially becoming hurricanes (74 mph or higher). Back in May, the original outlook predicted nine to 15 named storms and four to eight hurricanes.

The updated outlook has not changed for major hurricanes, with the NOAA still expecting two to four hurricanes to hit category 3 or higher.

Additionally, forecasters with NOAA's Climate Prediction Center have increased the likelyhood of an above-normal Atlantic hurricane season to 45%, up from the 30% prediction from the May outlook.

RELATED: Why do hurricanes ravage the east coast but not the western U.S.?

RELATED: Hurricane season started early for the fifth year in a row

The updated outlook covers the six-month hurricane season, which runs from June 1 to Nov. 30.

NOAA also announced Thursday that the current El Nino in the Pacific Ocean has ended, which is one reason why it could be a busier hurricane season than they initially thought.

Credit: NOAA
The 2019 Atlantic tropical cyclone names selected by the World Meteorological Organization, as of August 8, 2019.

Acting FEMA Administrator Pete Gaynor said the updated outlook is a reminder to be prepared.

“We urge everyone to learn more about hurricane hazards and prepare now, ahead of time, so that if state and local authorities announce evacuations in advance of a storm, you and your family will have planned where to go and what to do to stay safe,” Gaynor said in a statement.

Credit: NOAA
The NOAA has released an updated 2019 Atlantic Hurricane Season Outlook where they predict the number of named storms this hurricane season.