The Pentagon said the decision to not fly the Pride flag was based on potential for 'other challenges' if an exception is made on 'unofficial flags.' 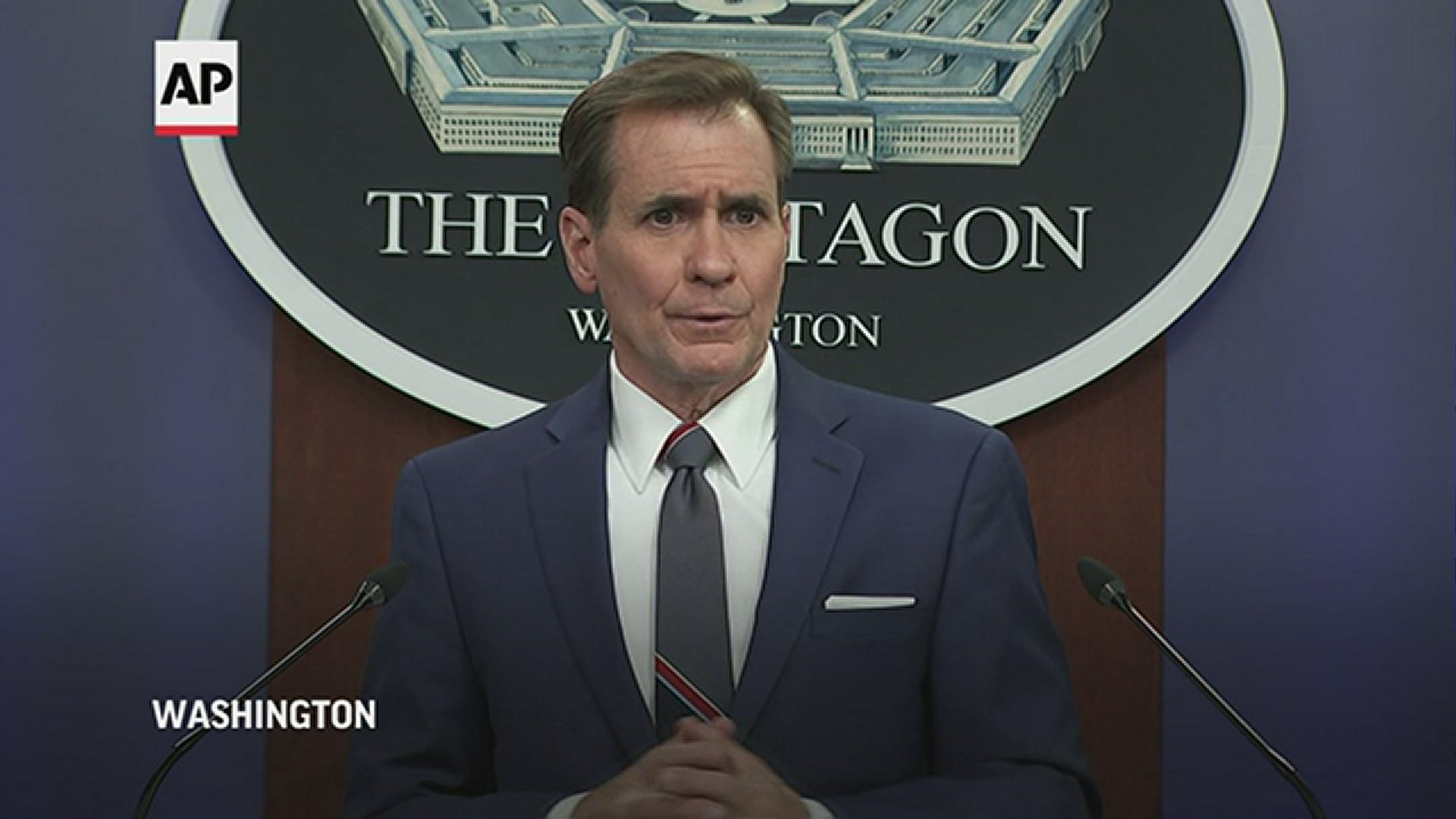 WASHINGTON — The Pentagon says it will maintain an existing policy that bars "unofficial flags" from being flown at U.S. military bases and will not make an exception for the rainbow-colored Pride flag that represents the LBGTQ community.

June is Pride Month, and Pentagon Spokesman John Kirby told reporters during a briefing Friday that Secretary of State Lloyd Austin "is proud to celebrate and honor the service commitment and sacrifice of our LGBTQ personnel in and out of uniform" and that "this in no way reflects any lack of respect or admiration for people of the LGBTQ+ community, personnel in and out of uniform who serve in this department."

"Knowing that the month of June was was approaching, we wanted to do due diligence and take a look at the old policy and and see if if we felt it was still applicable," Kirby said.

"After some careful consideration, the Department will maintain the existing policy from July of 2020 regarding the display or depiction of unofficial flags," he said. "So there won't be an exception made this month for the Pride flag."

Kirby explained "this was really more about the potential for other challenges that that could arise from that exception."

The decision comes despite several efforts by President Joe Biden to advance LGBTQ rights. He signed an one of the most comprehensive executive orders in history on LGBTQ+ rights on his first day in office. He also signed an order allowing transgender Americans to serve in the military, reversing a ban by the Trump administration.

A 2015 RAND study found that 5.8% of service members identified as either lesbian, gay or bisexual, Reuters reports.

Earlier this year, Secretary of State Antony Blinken reversed an order made under former Secretary Mike Pompeo and allowed the Pride flag to be placed on the same flagpole as the U.S. flag at its embassies. A group of Republican House members have introduced the "Old Glory Only Act" which would ban any flags other than the U.S. flag to be flown at embassies.