Three men will pay $55 million each to fly to the International Space Station next January atop a SpaceX rocket. 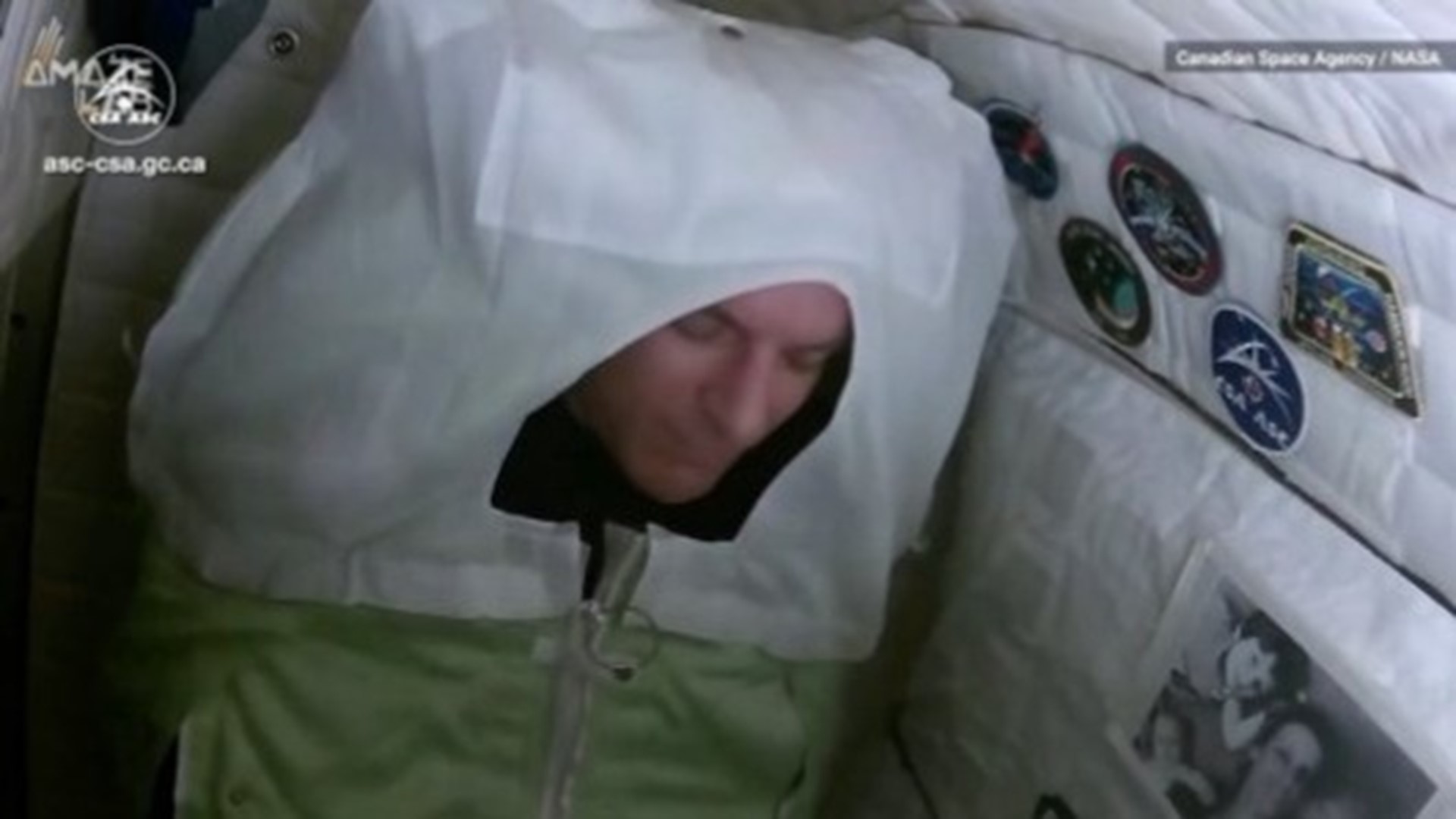 CAPE CANAVERAL, Fla. — The first private space station crew was introduced Tuesday: Three men who are each paying $55 million to fly on a SpaceX rocket.

They'll be led by a former NASA astronaut now working for Axiom Space, the Houston company that arranged the trip for next January.

“This is the first private flight to the International Space Station. It’s never been done before," said Axiom's chief executive and president Mike Suffredini, a former space station program manager for NASA.

While mission commander Michael Lopez-Alegria is well known in space circles, “the other three guys are just people who want to be able to go to space, and we’re providing that opportunity," Suffredini told The Associated Press.

The first crew will spend eight days at the space station, and will take one or two days to get there aboard a SpaceX Dragon capsule following liftoff from Cape Canaveral.

Russia has been in the off-the-planet tourism business for years, selling rides to the International Space Station since 2001. Other space companies like Richard Branson's Virgin Galactic and Jeff Bezos' Blue Origin plan to take paying customers on up-and-down flights lasting just minutes. These trips — much more affordable with seats going for hundreds of thousands versus millions — could kick off this year.

RELATED: See a rocket launch the most satellites ever

“These guys are all very involved and doing it for kind of for the betterment of their communities and countries, and so we couldn’t be happier with this makeup of the first crew because of their drive and their interest," Suffredini said.

Each of these first paying customers intends to perform science research in orbit, he said, along with educational outreach.

Lopez-Alegria, a former space station resident and spacewalking leader, called the group a “collection of pioneers."

Tom Cruise was mentioned last year as a potential crew member; NASA top officials confirmed he was interested in filming a movie at the space station. There was no word Tuesday on whether Cruise will catch the next Axiom flight. Suffredini declined to comment.

Each of the private astronauts had to pass medical tests and will get 15 weeks of training, according to Suffredini. The 70-year-old Connor will become the second-oldest person to fly in space, after John Glenn's shuttle flight in 1998 at age 77. He'll also serve under Lopez-Alegria as the capsule pilot.

Axiom plans about two private missions a year to the space station. It also is working to launch its own live-in compartments to the station beginning in 2024. This section would be detached from the station once it's retired by NASA and the international partners, and become its own private outpost.

Credit: AP
This photo provided by NASA shows the International Space Station as seen from the Space Shuttle Atlantis after the station and shuttle began their post-undocking relative separation on May 23, 2010. Twenty years after the first crew arrived, the space station has hosted 241 residents and grown from three cramped and humid rooms to a complex almost as long as a football field, with six sleeping compartments, three toilets, a domed lookout and three high-tech labs. (NASA via AP)