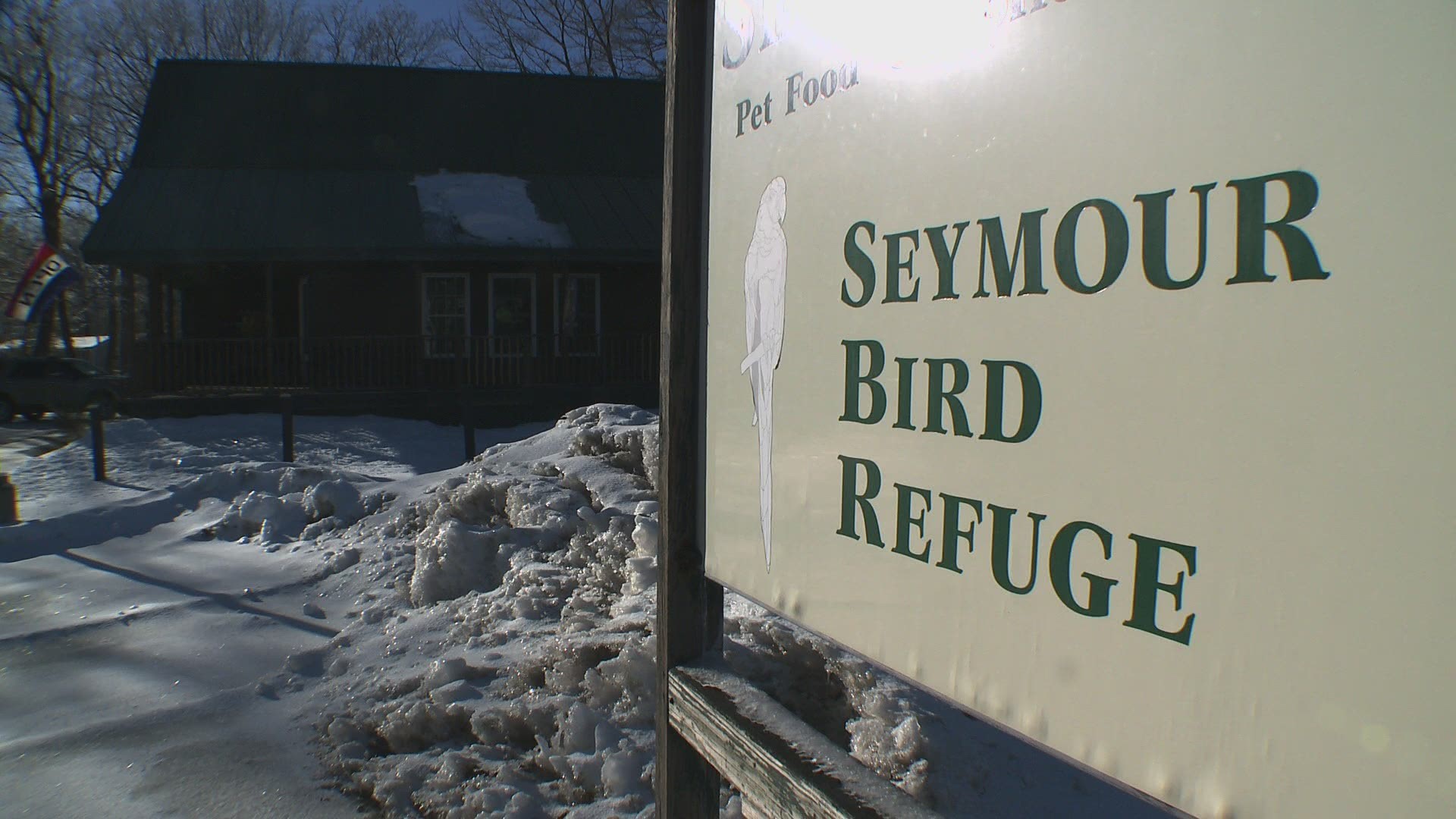 Editor's note: The video above is from Feb. 2021, and features Andrea Tims who runs a bird sanctuary in Maine.

A Pennsylvania man hopped on Facebook, ecstatic to tell everyone he knew about the incredible discovery and his ability to actually photograph one of the rarest birds he'd ever seen in nearly 50 years of studying the animals.

Jamie Hill of Waterford, Pa., called it a "once-in-a-lifetime, one in a million bird encounter!" after a local resident tipped him off through a family member that they had seen an "unusual bird coming to her bird feeders" around their home in the north of the state, in Grand Valley.

At first it was described as being half one species and half another. Well, Hill investigated and was told that the bird was a male Northern Cardinal.

Different theories raced through the experienced birdwatcher's head. Hill has been observing these animals for 48 years, he said. Maybe it was leucistic, meaning the bird could have had pale patches of skin or feathers cased by some albinistic characteristics. After more investigation, the excitement came when Hill realized that he was looking at a rare bilateral gynandromorph cardinal.

The bird is half male and half female meaning, according to Hill, the bird would have "a functioning ovary on its left side and a functioning single testis on its right." The bird, theoretically, he says, could mate with either a male cardinal and lay fertile eggs or a female cardinal and father the other female's eggs.

The first image Hill saw was from the cell phone of the local resident who first witnessed it. When he arrived, Hill was able to capture other photographs of the rare bird. Hill says that he's not certain if both witnessed the same rare bilateral gynandromorph bird or if they both saw two separate ones. But, both scenarios were possible.

"It was one of the experiences of a lifetime," a longtime bird watcher Jamie Hill is sharing his photo of a bilateral gynandromorph northern cardinal. Subscribers can read more about this unique find.
https://t.co/28U2BEBEKO

According to Daniel Hooper, once a postdoctoral fellow at the Cornell Lab of Ornithology who was quoted in National Geographic, these rare genders in birds are not common but have been heard of before. They are easier to spot in certain species of birds which have distinctive appearances between the males and the females of the avian species.

Jamie Hill, 69, has been watching birds for nearly half a century and said he had never seen one quite like this latest find exclaiming, "this has been the most exciting."