The award recognizes those who have made contributions to national security, world peace or "cultural or other significant public or private endeavors." 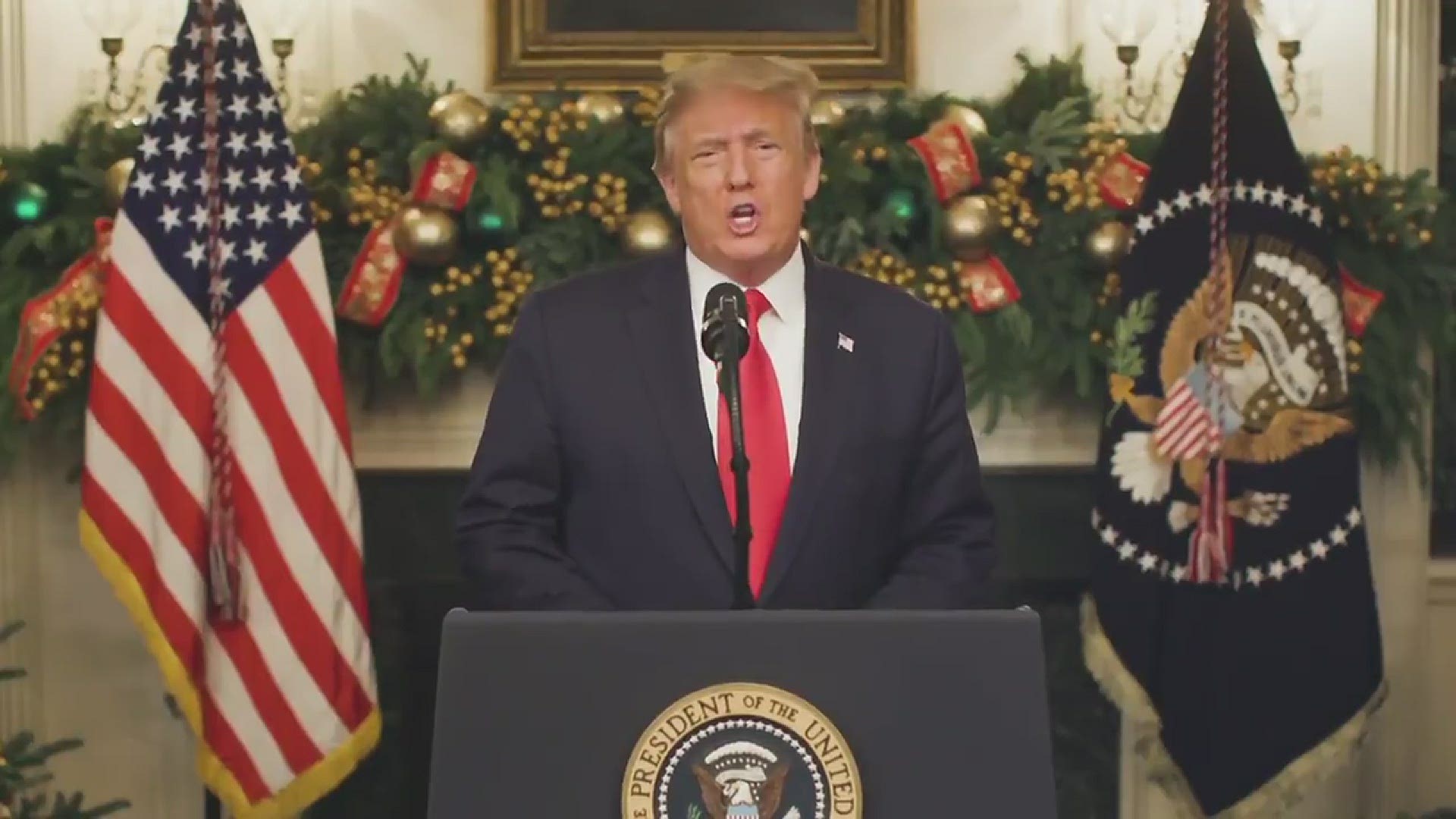 WASHINGTON — President Donald Trump is set to present one of the nation's highest civilian honors to two of his most outspoken congressional allies, California Rep. Devin Nunes and Ohio Rep. Jim Jordan, as he looks to reward loyalists with just over two weeks left in his term.

The White House confirmed that Trump presented Nunes with the Presidential Medal of Freedom on Monday. The former chair of the House Intelligence Committee has been an ardent backer of Trump's during probes into Russian interference in the 2016 election and the president's 2019 impeachment by the Democratic-led House.

In a statement, the White House credited Nunes with uncovering “the greatest scandal in American history," referencing Nunes' efforts to discredit the election interference investigation.

U.S. intelligence agencies and multiple congressional committees concluded that Russia interfered in the 2016 election with the aim of boosting Trump’s candidacy. Several Trump aides and associates, including former national security adviser Michael Flynn, were convicted or pleaded guilty to lying to the FBI in the course of special counsel Robert Mueller's investigation. Flynn, among others, was issued a presidential pardon last month.

The Presidential Medal of Freedom, established by President John F. Kennedy, is meant to recognize those who have made an “especially meritorious contribution" to national security, world peace or ”cultural or other significant public or private endeavors."

"Nunes is a public servant of unmatched talent, unassailable integrity, and unwavering resolve. He uncovered the greatest scandal in American history." pic.twitter.com/agnEJU5IgX

The award comes as Trump has been rewarding supporters with the perks and prestige that come with serving on a host of federal advisory boards and commissions before he leaves office on Jan. 20.

Jordan, one of the GOP leaders in trying to undermine confidence in the results of the 2020 presidential election, is expected to receive the award next week. Trump’s intent to present the award to the lawmakers was first reported by The Washington Post.

Credit: AP
In this Dec. 2019 file photo, Rep. Devin Nunes, R-Calif, left, the ranking member of the House Intelligence Committee, speaks with then Rep. Mark Meadows, R-N.C., a member of the House Committee on Oversight and Reform, as they sit in the audience as the House Judiciary Committee holds a hearing on the constitutional grounds for the president's impeachment, on Capitol Hill in Washington. (AP Photo/J. Scott Applewhite)