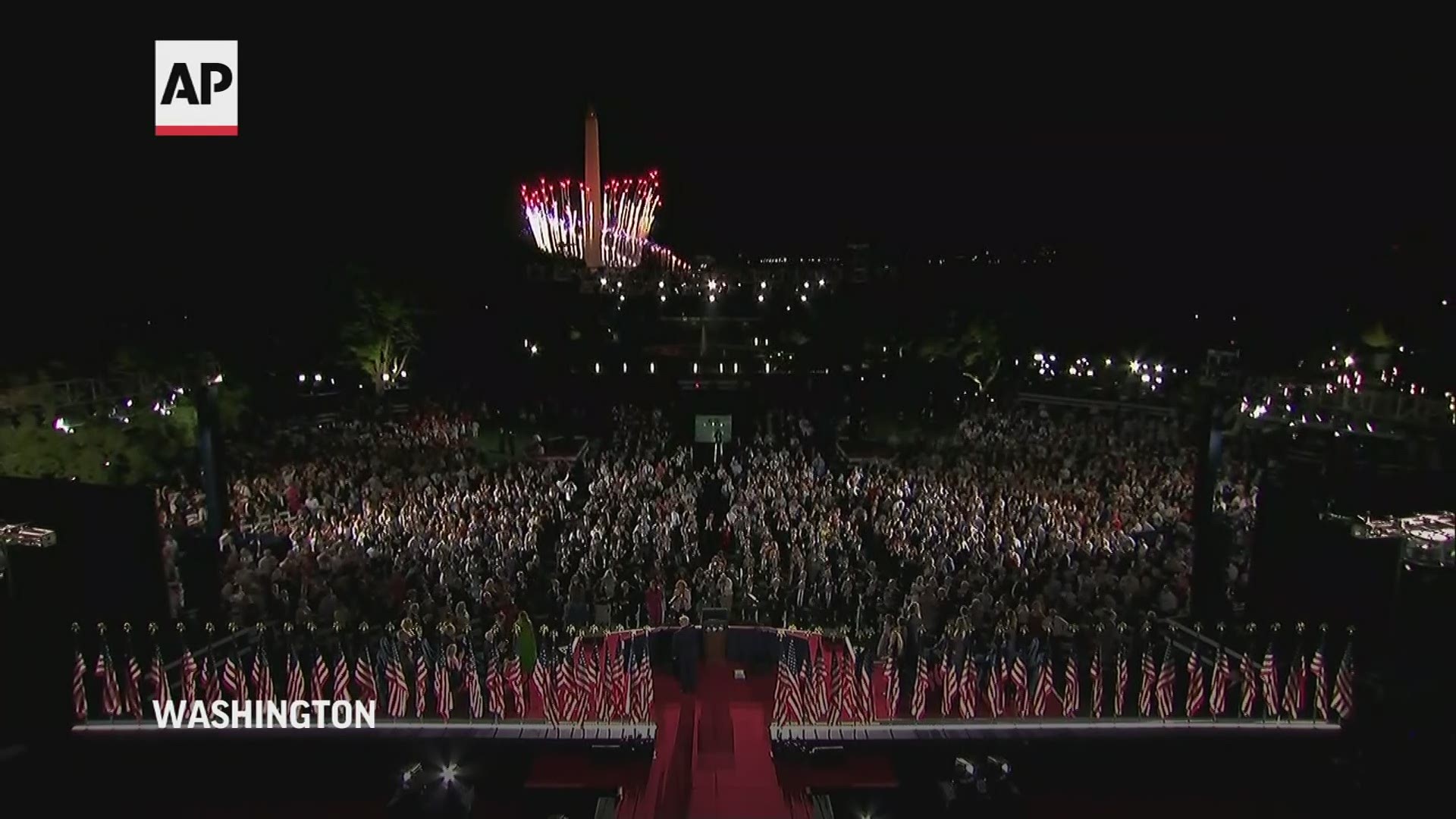 WASHINGTON — The Republican National Convention — the first political convention ever held at the White House — ended with opera and fireworks.

President Donald Trump wrapped up his speech closing out the RNC on Thursday by recounting the achievements of the nation's pioneers and pledging to forge ahead in energy development, technological advancement and space exploration, including putting the first woman on the moon.

Under his leadership in a second presidential term, Trump said the country would "prove worthy of magnificent legacy."

Trump's speech was punctuated by musical selections including "You're a Grand Old Flag," "America the Beautiful" and fireworks display on the National Mall, with some of the fireworks spelling out "Trump" and "2020."

The National Park Service approved the Republican National Committee’s request to present a fireworks display on the grounds of the Washington Monument on August 27.

The RNC submitted the permit last week, ahead of the Republican National Convention, which started in Charlotte, North Carolina, on Monday.

The four-day event was themed “Honoring the Great American Story."

RELATED: Protesters gather in an attempt to drown out Trump's speech

RELATED: Biden says he will debate Trump, vows to fact-check