“This depiction will inspire future generations to make the pilgrimage to our city, to push toward the path of righteousness, strength, courage and equality.” 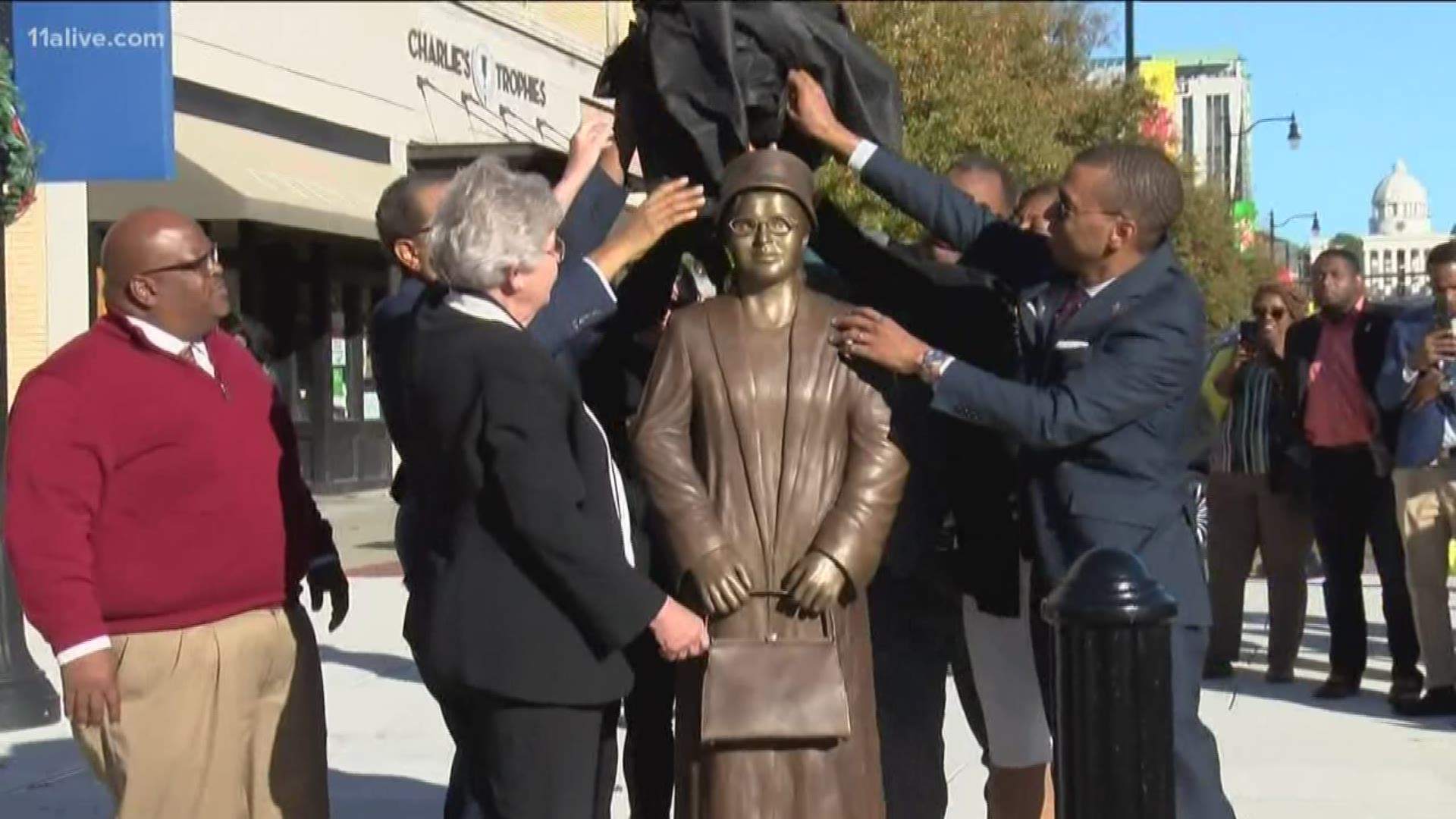 MONTGOMERY, Ala. — A new statue of civil rights pioneer Rosa Parks was dedicated in Alabama’s capital city on Sunday, the 64th anniversary of her historic refusal to give up her seat on a public bus to a white man.

Montgomery Mayor Steven Reed and Alabama Gov. Kay Ivey pulled back a cloth to unveil the statue before a crowd of about 400 spectators.

The ceremony coincided with the anniversary of Parks’ Dec. 1, 1955 arrest that sparked the Montgomery Bus Boycott, a pivotal part of the civil rights movement.

RELATED: On this date in history: December 1, 1955, Rosa Parks refused to give up her seat

“This depiction will inspire future generations to make the pilgrimage to our city, to push toward the path of righteousness, strength, courage and equality,” Reed, who recently became the first African American mayor of Montgomery, said at the ceremony, according to al.com.

Four granite markers near the statue honor plaintiffs in Browder v. Gayle, the court case that determined segregation on Montgomery buses was unconstitutional. One of the plaintiffs, Mary Louise Smith, took part in the ceremony Sunday.

Fred Gray, the attorney who defended Parks, the Browder v. Gayle plaintiffs and many other civil rights activists, sat in the second row at the unveiling.

1 / 5
Twitter / Gov. Kay Ivey
On the 64th anniversary of the Montgomery Bus Boycott, the City of Montgomery honored Rosa Parks by dedicating a statue in her name.

"For the city officials, from the city and the county, to be able to honor Mrs. Parks and honor those plaintiffs, and even more importantly to honor the 40,000 African American men and women who stayed off of the buses for 382 days, it is indeed a step in the right direction," Gray told the Montgomery Advertiser.