Russian media reports said that the new jet has been built by Sukhoi aircraft maker under the program of development of a light tactical aircraft. 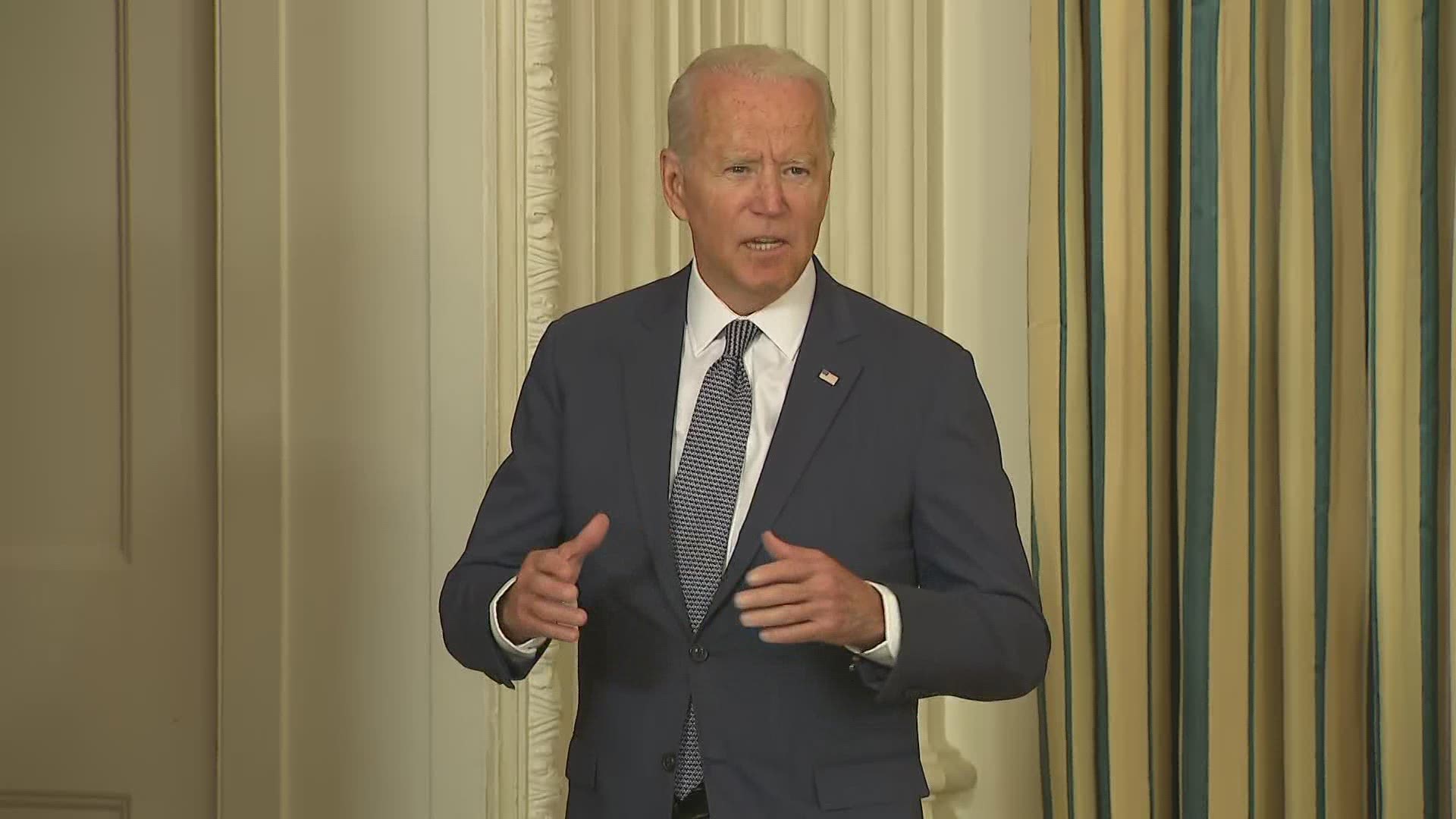 MOSCOW, Russia — Russian aircraft makers say they will present a prospective new fighter jet at a Moscow air show that opens next week.

The new warplane hidden under tarpaulin was photographed being towed to a parking spot across an airfield in Zhukovsky, outside Moscow, where the MAKS-2021 International Aviation and Space Salon opens Tuesday. Russian President Vladimir Putin is set to visit the show's opening.

Russian media reports said that the new jet has been built by the Sukhoi aircraft maker in a program of development of a light tactical fighter.

Unlike Russia's latest Su-57 two-engine stealth fighter, the new aircraft is smaller and has one engine.

The Su-57 has been built to match the U.S. F-22 Raptor stealth fighter, but unlike the American aicraft that has been in service since 2005 its serial production is just starting and a new engine intended to give it the capability to cruise at supersonic speed is still under development.

The new warplane's name is unknown, and there is no information about its capability and deployment prospects.

Rostec, the state corporation that includes Russian aircraft makers, said the “fundamentally new military aircraft” will be unveiled Tuesday at the Moscow air show. “Russia is one of the few countries in the world with full-cycle capacities for producing advanced aircraft systems, as well as a recognized trendsetter in the creation of combat aircraft,” it said.

Credit: AP
Hidden under tarpaulin, a prospective Russian fighter jet is being towed to a parking spot before its presentation at the Moscow international air show in Zhukovsky outside Moscow, Russia, Thursday, July 15, 2021. (AP Photo/Ivan Novikov-Dvinsky)

Following the Rostec announcement, Russian plane spotters rushed to Zhukovsky to take pictures of the new plane — an eerie parallel with Cold War times when Western spies tried to get a glimpse of the latest Soviet warplanes at the tightly-guarded airfield that served as the country’s top military aircraft test facility.

In a bid to raise public interest before the presentation, Rostec published a picture of the new plane covered by tarpaulin with “wanna see me naked?” written under it. It also posted a brief video featuring excited foreign customers and the jet's vague shadow over the water.

Another teaser photo posted on Rostec's Facebook account Saturday showed what appeared to be a reflection of a British type 45 destroyer in the new Russian warplane's optical sensor with an inscription “See you.” “Black tarpaulin looks enticing, but details are always more interesting,” Rostec said.

A British type 45 destroyer, HMS Defender, was involved in the June 23 incident in the Black Sea when Russia said one of its warships fired warning shots and a warplane dropped bombs in the path of the Defender to chase it away from an area near Crimea that Moscow claims as its territorial waters. Britain, which like most other nations didn’t recognize Russia’s 2014 annexation of Crimea, insisted the Defender wasn’t fired upon and said it was sailing in Ukrainian waters.

Putin has charged that the incident with the Defender wouldn’t have triggered a global conflict even if Russia had sunk the British vessel because the West knows it can’t win such a war, a bold statement that appeared to indicate his resolve to raise the stakes should a similar incident happen again.

The Kremlin has made modernization of the country's armed forces a top priority amid a bitter strain in relations with the West, which have sunk to post-Cold War lows after Moscow's 2014 annexation of Ukraine's Crimean Peninsula, accusations of Russian interference in elections, hacking attacks and other irritants.