In an exclusive TV interview, Selena's father opens up about the worst day of his life -- the day his daughter was shot and killed. 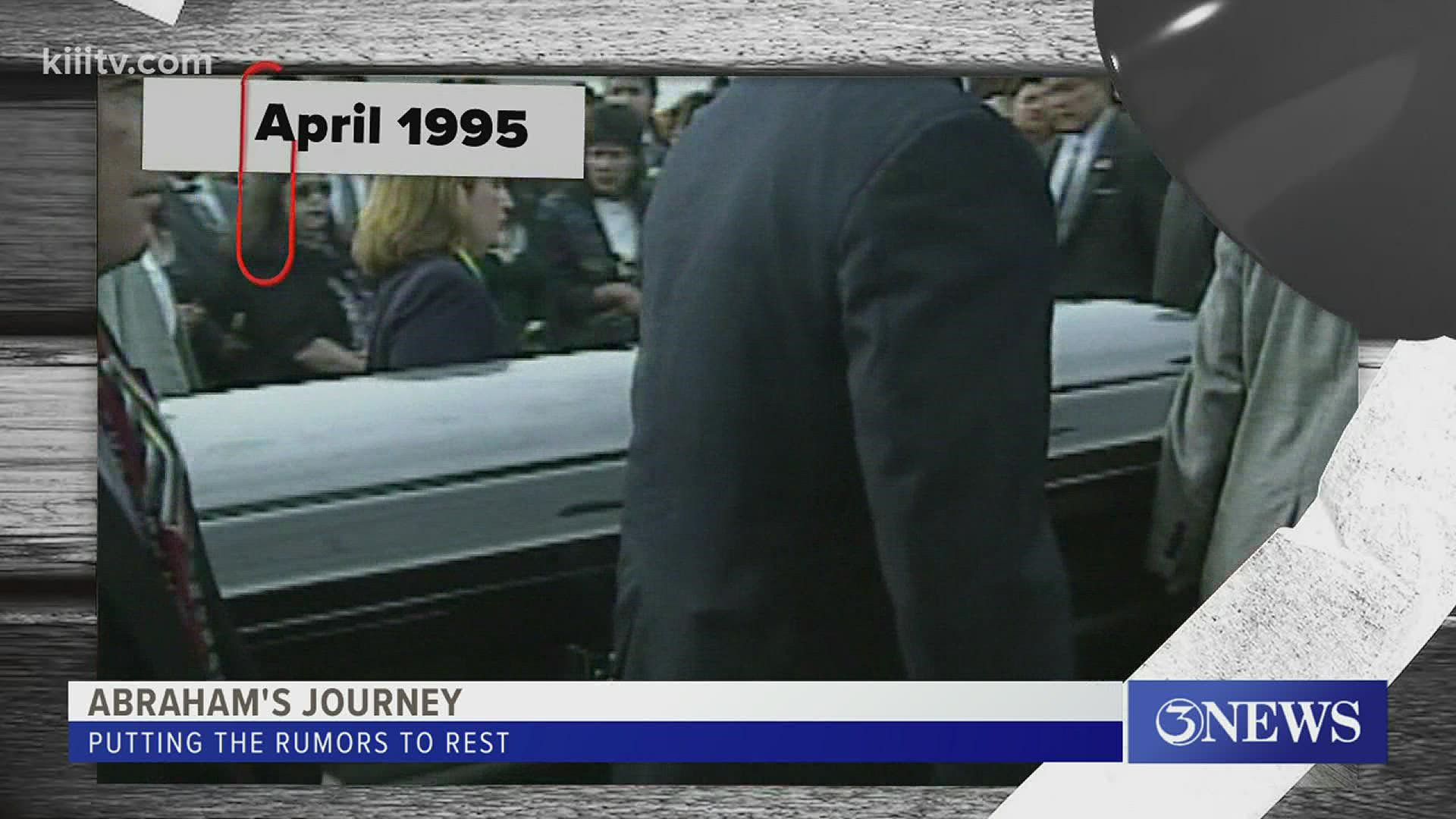 CORPUS CHRISTI, Texas — In the the final segment of the Abraham Quintanilla memoir, "A Father's Dream," 3News got a closer look into the struggles he's faced since the death of his daughter, Tejano music icon, Selena.

In the book, Quintanilla shares the truth about the extraordinary life-saving efforts doctors performed on the mortally wounded singer. The book addressing the rumors that he denied his daughter a blood transfusion.

My grandfather would say in Spanish, "gente que da el golpe y esconde la mano.' I'll try to translate that in English that there's people that will hit you, you turn around to see who did it and they hide their hand. Social media is like that. They can tear you up and say all kinds of bad things about you, but you don't know who they are," Quintanilla said.

It was more than two and-a-half decades since Selena Quintanilla died at Corpus Christi Memorial Hospital, from a gun shot wound to the back. Since that day, Quintanilla had to weather criticism that he somehow played a role in his daughter's death.

"For 26 years, I have read on social media, people criticizing me that Selena died because I didn't want to give her blood. That it was religious fanaticism. They are incorrect, completely incorrect," Quintanilla said.

Quintanilla adds that the Latin singer was administered blood upon arrival to the hospital.

"Selena was given blood by the doctor. When she arrived at the hospital at the emergency room after she was shot," Quintanilla said.

"I went to the courthouse and I got all the transcripts of the trial of the woman that killed my daughter," Quintanilla said.

The heartbreaking details of Selena's final moments were documented in Quintanilla's book.

"The doctor testified that when Selena came in, when they brought her in, she was dead already. She had bled to death, but he knew who she was and as a last resort he gave her blood to see if something would happen," Quintanilla said.

The book contains what Mr. Quintanilla said is the 'truth' in the life-saving efforts performed by the doctors the night Selena passed away.

"Really and truly I know that we have a lot of people there, you can show them the truth and they're still gonna say "ah, I don't believe that" and that's their prerogative. You know, they don't wanna believe it. That's fine. You know you can't change somebody's mind or their heart . I don't, that's cause I felt that I wanted the public to know what really happened, the truth, " Quintanilla said.

Want to send us a news tip?

Put your name and contact information below so we can get in touch with you about your story should we have questions or need more information. We realize some stories are sensitive in nature. Let us know if you'd like to remain anonymous.

If you do not have a photo/video to submit, just click "OK" to skip that prompt.