The earthquake injured more than 500 people in eastern Turkey and left dozens of people trapped in collapsed buildings. 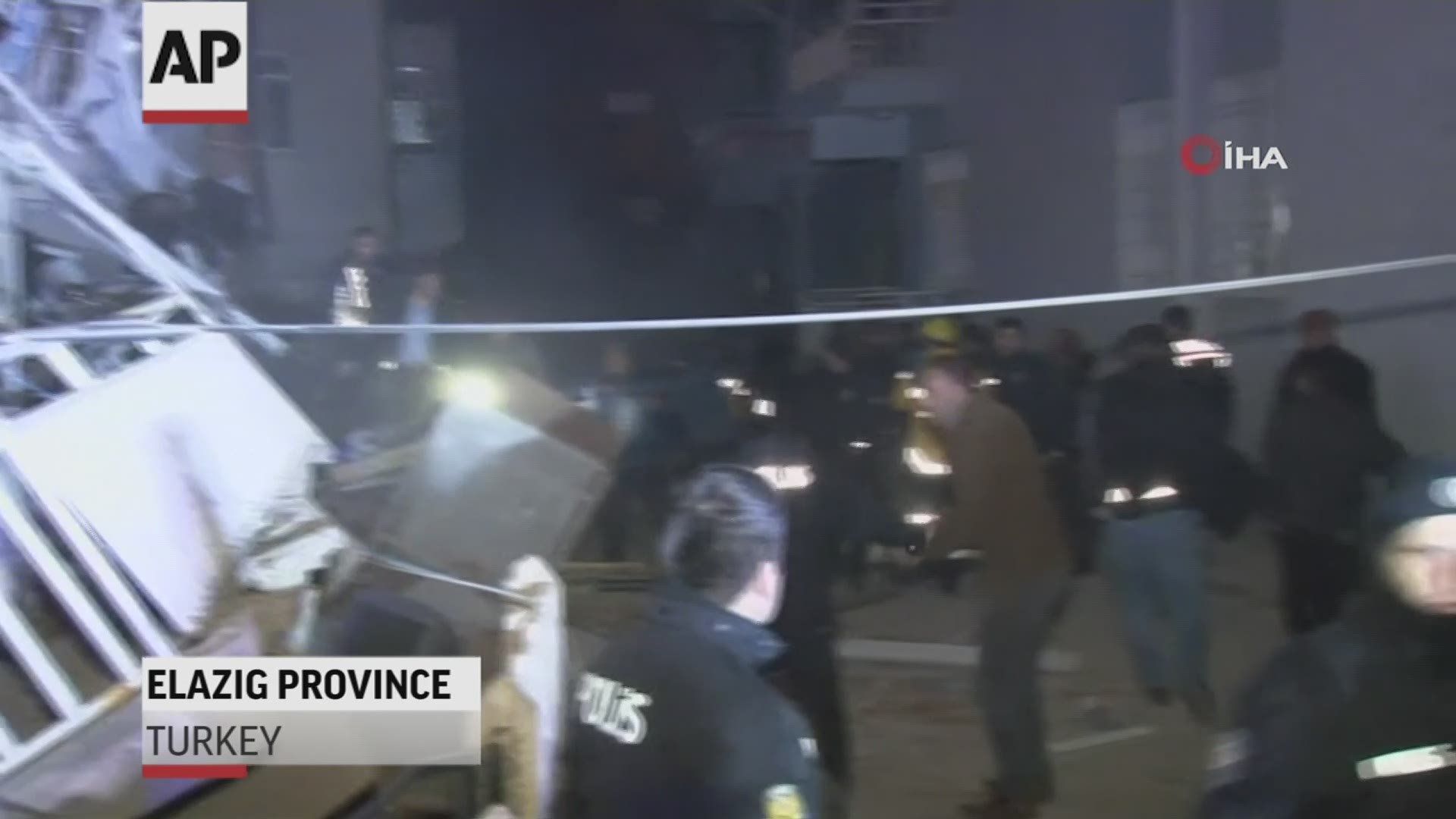 ANKARA, Turkey — Turkish officials say at least 18 people have been killed in an earthquake with a preliminary magnitude of 6.8 that shook the country's east, injuring more than 500 and leaving some 30 trapped in toppled buildings.

The earthquake struck near the town of Sivrice in eastern Elazig province, the Disaster and Emergency Management Presidency said Friday.

Officials said 10 of the victims were killed in Elazig province and five others in nearby Malatya province.

Turkish President Recep Tayyip Erdogan said on Twitter that all measures were being taken to "ensure that the earthquake that occurred in Elazig and was felt in many provinces is overcome with the least amount of loss."