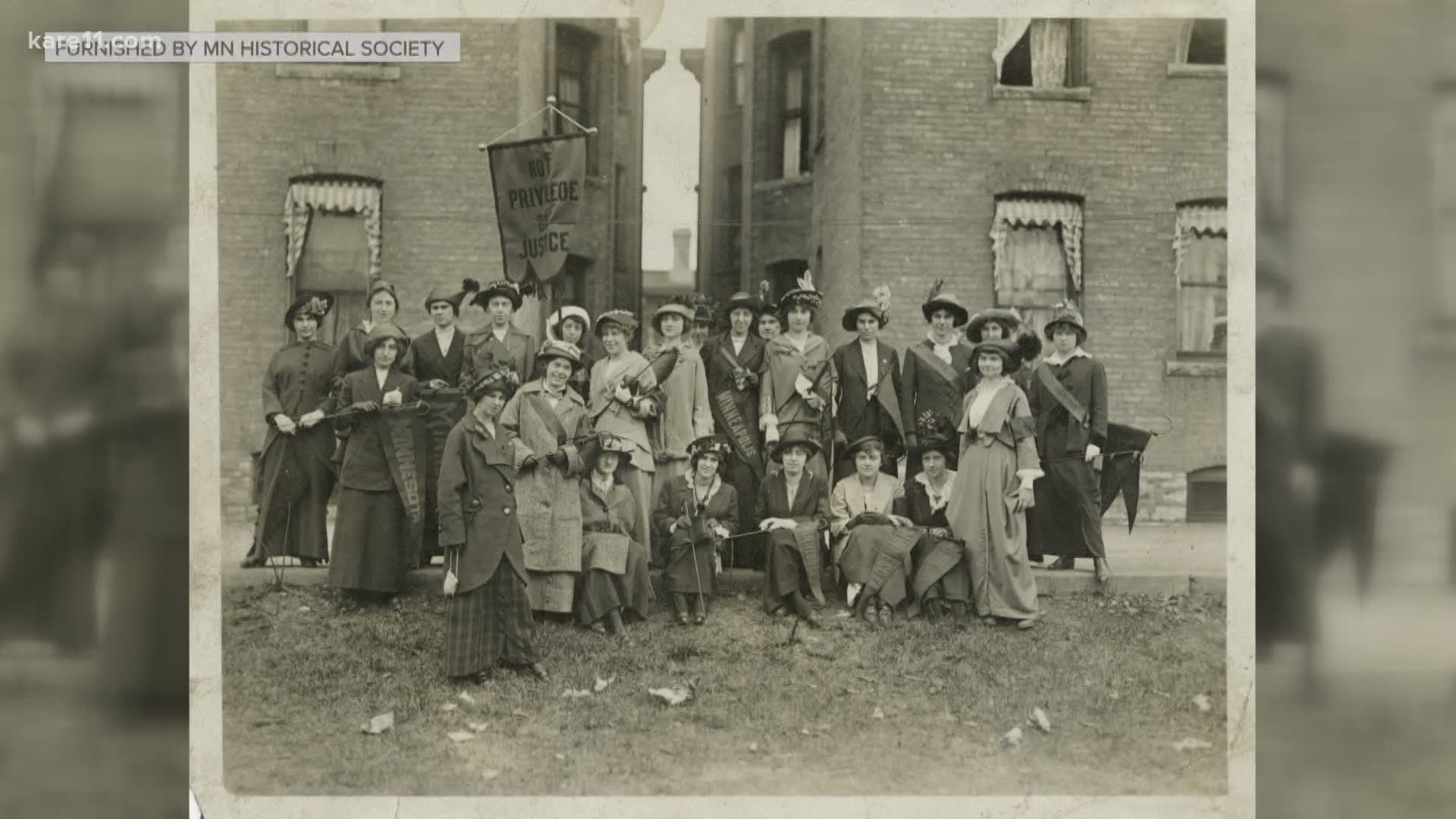 WASHINGTON, D.C., USA — On the 100th anniversary of the ratification of the 19th Amendment, President Donald Trump announced he would be pardoning Susan B. Anthony, who was convicted of voting in 1872 in violation of laws that permitted only men to vote.

During Tuesday's event, the president pondered why it's taken so long for someone to pardon the suffragist leader. But the leaders at the Susan B. Anthony Museum said a pardon isn't something Anthony would have wanted.

"Objection! Mr. President, Susan B. Anthony must decline your offer of a pardon today," said Deborah L. Hughes, president and CEO of The National Susan B. Anthony Museum and House in Rochester, where Anthony died in 1906.

“She felt the trial was the greatest miscarriage of justice because she had not had an opportunity to have a jury of her peers, and the jury didn’t get to vote,” Hughes added in an interview with the Associated Press. “So to pardon her is to validate the trial, and she would not buy that idea at all,” Hughes said.

Hughes said the question to ask on the anniversary is how she would want to be honored. “She would be the first to say if any president wanted to honor her, the best way to do that is to make sure there is no voter suppression anywhere in the United States," Hughes said.

Anthony was arrested for voting in Rochester, New York, and convicted in a widely publicized trial. Although she refused to pay the fine, the authorities declined to take further action.

Trump's pardon announcement came on the 100th anniversary of the ratification of the 19th Amendment, which ensured women the right to vote. The amendment states, “The right of citizens of the United States to vote shall not be denied or abridged by the United States or by any State on account of sex.” Congress passed it in 1919, and the amendment was ratified on Aug. 18, 1920.

Credit: AP
This is an undated sketch drawing of suffragette Susan B. Anthony. Anthony, who was active in the anti-slavery movements, became a leader in women's rights in 1854 and co-founded the National American Woman Suffrage Association in 1869. She was born in Adams, Ma., in 1820 and died in 1906. (AP Photo)