Nicholas is expected to produce storm total rainfall of 5 to 10 inches across portions of coastal Texas into southwest Louisiana Sunday through midweek. 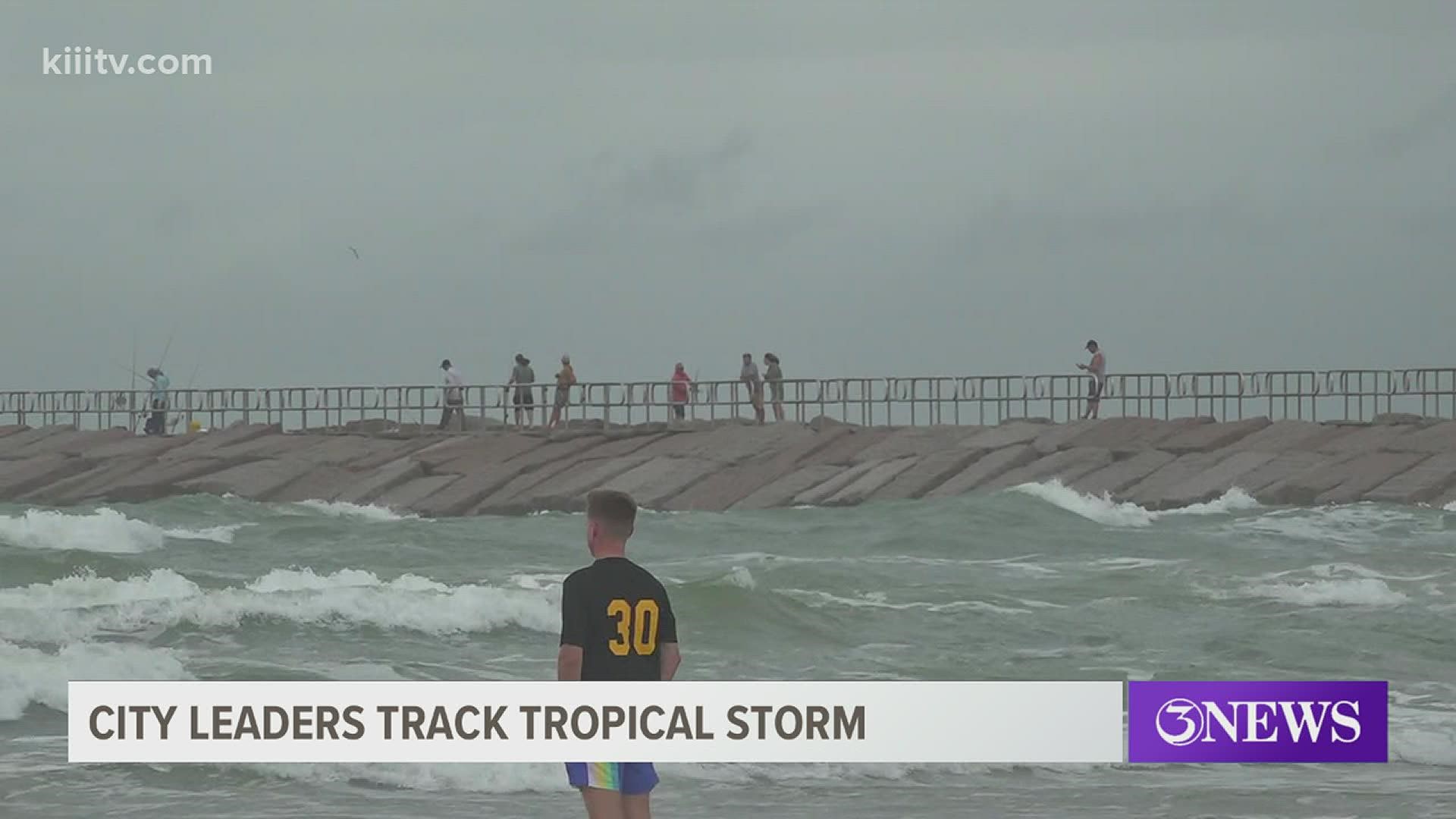 Forecasters at the National Hurricane Center in Miami said a hurricane watch was issued for the central portion of the Texas coast with much of the state's coastline now under a tropical storm warning. Nicholas is expected to approach the middle Texas coast late Monday and could bring heavy rain that could cause flash floods and urban flooding.

Nicholas over several days is expected to produce total rainfall of up to 10 inches (25 centimeters) in Texas and southwest Louisiana, with isolated maximum amounts of 20 inches (50 centimeters), across portions of coastal Texas beginning Sunday night through midweek.

Texas Gov. Greg Abbott said the state has placed rescue teams and resources in the Houston area and along the Texas Gulf Coast.

“This is a storm that could leave heavy rain, as well as wind and probably flooding, in various different regions along the Gulf Coast. We urge you to listen to local weather alerts, heed local warnings," Abbot said in a video message.

Louisiana Gov. John Bel Edwards on Sunday night declared a state of emergency ahead of the storm's arrival in a state still recovering from Hurricane Ida and last year's Hurricane Laura and historic flooding.

“The most severe threat to Louisiana is in the southwest portion of the state, where recovery from Hurricane Laura and the May flooding is ongoing. In this area heavy rain and flash flooding are possible. However, it is also likely that all of south Louisiana will see heavy rain this week, including areas recently affected by Hurricane Ida," Edwards said.

At 8 p.m. EDT, the center of the storm was forecasted to pass near or just offshore the coasts of northeastern Mexico and South Texas on Monday, and hit south or central Texas on Monday night or early Tuesday. Its maximum sustained winds were clocked at 40 mph (65 kph) and it was moving north-northwest at 12 mph (19 kph). Gradual strengthening is possible until it reaches the coast Monday night or early Tuesday.

The storm was expected to bring the heaviest rainfall west of where Hurricane Ida slammed into Louisiana two weeks ago. Although forecasters did not expect Louisiana to suffer from strong winds again, meteorologist Bob Henson at Yale Climate Connections predicted rainfall could still plague places where the hurricane toppled homes, paralyzed electrical and water infrastructure and left at least 26 people dead.

"There could be several inches of rain across southeast Louisiana, where Ida struck,” Henson said in an email.

Across Louisiana, 140,198 customers — or about 6.3% of the state — remained without power on Sunday morning, according to the Louisiana Public Service Commission.

7 PM #TropicalUpdate - #Nicholas has slowed down to nearly a crawl (from 14 to 2 mph) in the Gulf of Mexico. It still has 40 MPH winds, but this slow down over very warm waters may allow it to stregthen easier. #Tropics #TSNicholas #HouWX #KHOU11 @KHOU pic.twitter.com/J8mZFzxjcB

The storm is projected to move slowly up the coastland which could dump torrential amounts of rain over several days, said meteorologist Donald Jones of the National Weather Service in Lake Charles, Louisiana.

“Heavy rain, flash flooding appears to be the biggest threat across our region,” he said,

While Lake Charles received minimal impact from Ida, the city saw multiple wallops from Hurricane Laura and Hurricane Delta in 2020, a winter storm in February as well as historic flooding this spring.

He said the city is taking the threat of the storm seriously, as it does all tropical systems.

“Hope and prayer is not a good game plan,” Hunter said.

Credit: AP
This satellite image provided by NOAA shows Tropical Storm Nicholas in the Gulf of Mexico on Sunday, Sept. 12, 2021.

In Cameron Parish in coastal Louisiana, Scott Trahan is still finishing repairs on his home damaged from last year’s Hurricane Laura that put about 2 feet of water in his house. He hopes to be finished by Christmas. He said many in his area have moved instead of rebuilding.

“If you get your butt whipped about four times, you are not going to get back up again. You are going to go somewhere else,” Trahan said.