In a call with governors Monday, Trump said that 'flag burning is a disgrace' and wants lawmakers to pass anti-flag burning statutes. 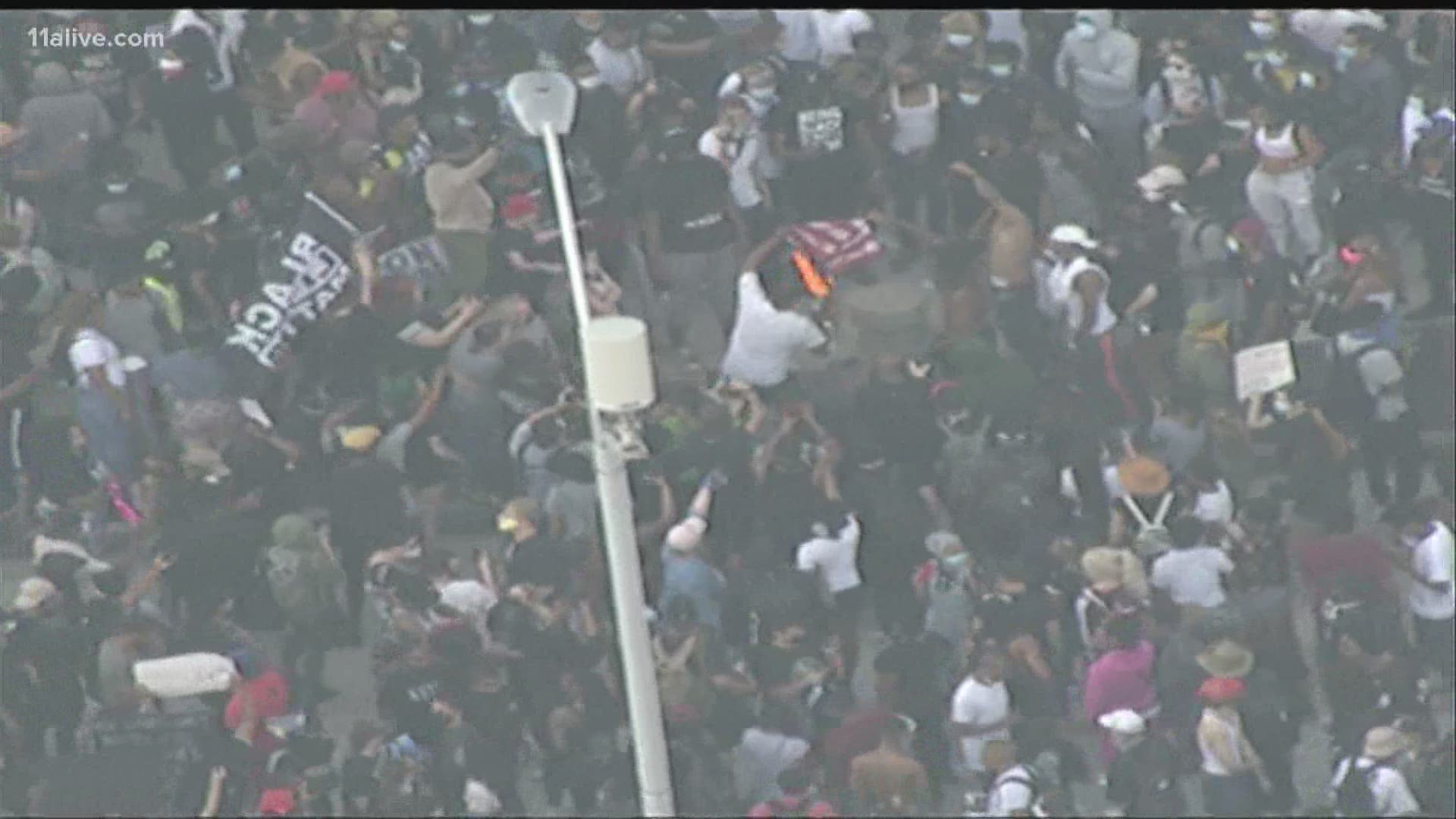 President Donald Trump is re-upping calls to make the burning of the U.S. flag illegal. In a call with governors Monday, Trump encouraged states to pass laws that would ban flag-burning.

“Flag burning is a disgrace... We have a different court. And I think that It’s time to review that again,” he told governors. Audio from his call was obtained by several news organizations including CNN, CBS News and the Daily Beast.

“They wanted to climb up flag polls in Washington in order to burn flags, but we stopped them... If you wanted to try and pass a very powerful flag-burning statute, anti-flag burning," he said. "I hope you do it because we will back you 100 percent, all the way. I hope some of you do it.”

Trump's comments come after nearly a week of intense protests following the death of George Floyd in Minneapolis.

Credit: AP
A protester carries a U.S. flag upside down, a sign of distress, next to a burning building Thursday, May 28, 2020, in Minneapolis. Protests over the death of George Floyd, a black man who died in police custody Monday, broke out in Minneapolis for a third straight night. (AP Photo/Julio Cortez)

Burning an American flag is a protected form of free speech under the First Amendment. The Supreme Court made the ruling in 1989 after a protester was convicted of burning a flag at the 1984 Republican National Convention in Dallas in protest of then-President Ronald Reagan.

In the decades since, Congress has tried to pass a constitutional amendment on the issue. Senators were close when the issue came to them in 2006, but they fell short by one vote.

If an amendment were to pass, 38 states then would have to ratify it before it could become a fixture of the Constitution.

RELATED: Trump orders flags lowered to half-staff for those who died from coronavirus

This isn't the first time the president is supporting a ban on flag burning. Back in June 2019, Trump said he was "all in" on passing a constitutional amendment introduced by two Republican U.S. senators.

RELATED: President Trump says it's 'a no brainer' to ban flag burning

Shortly after being elected president, Trump went as far to say that those who burn the flag should face consequences "perhaps loss of citizenship or year in jail," the president tweeted.