Sen. Mike Lee objects at impeachment trial to prosecution references to him

Sen. Mike Lee of Utah objected to the prosecutors’ characterization of a phone call he fielded from former President Trump on the day of the Capitol riot. 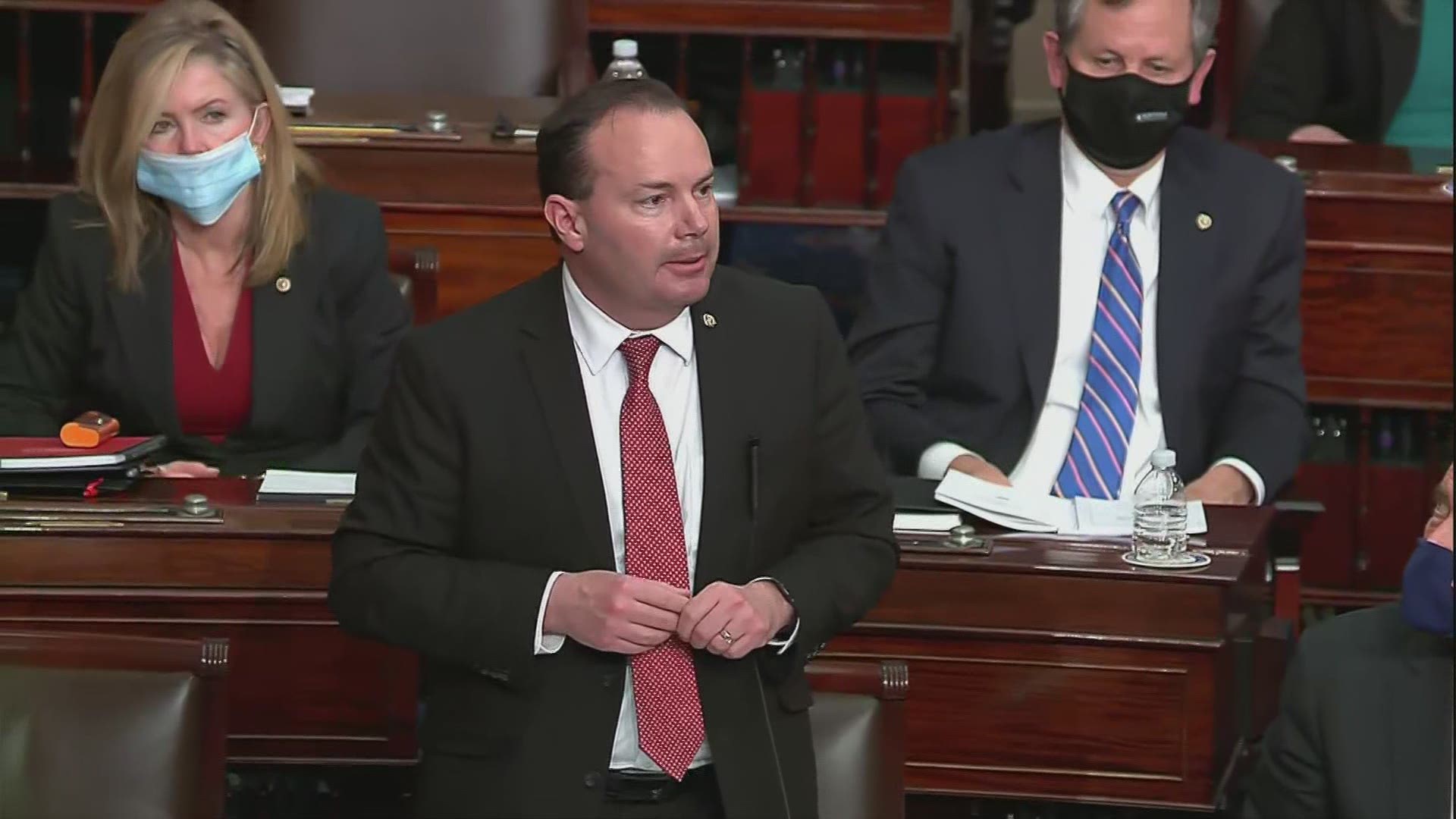 Donald Trump’s impeachment trial temporarily ground to a standstill when Republican Sen. Mike Lee of Utah objected to the prosecutors’ characterization of a phone call he fielded from the then-president just as senators were being evacuated during the Capitol siege.

House prosecutor Rep. David Cicilline recounted news reports, but Lee objected and asked that they be stricken from the record as false.

It’s unclear what aspect of the comments Lee wanted removed. But House impeachment managers agreed to strike the reference from the record.

Credit: AP
In this image from video, Sen. Mike Lee, R-Utah, speaks during the second impeachment trial of former President Donald Trump in the Senate at the U.S. Capitol in Washington, Wednesday, Feb. 10, 2021. (Senate Television via AP)