According to an indictment, from 2005 through this year the Trump Org and its CFO cheated the state and city out of taxes by conspiring to pay execs off the books. 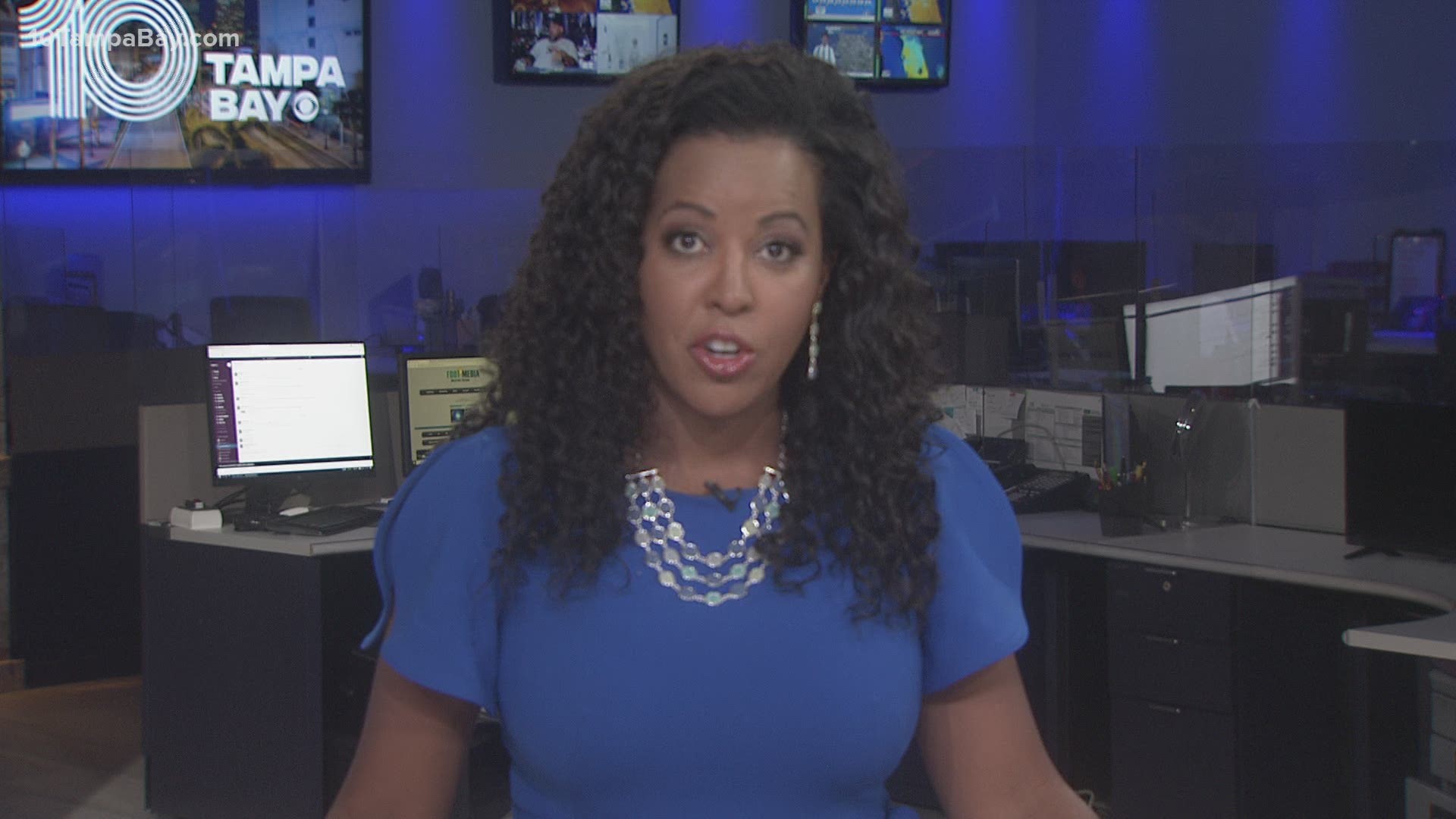 WASHINGTON — Editor's Note: The video above is from May 2021.

Donald Trump’s company and its longtime finance chief were charged Thursday in what prosecutors called a “sweeping and audacious” tax fraud scheme in which the executive collected more than $1.7 million in off-the-books compensation, including apartment rent, car payments and school tuition.

Trump himself was not charged, but prosecutors noted that he signed some of the compensation checks at the center of the alleged scheme.

It is the first criminal case to come out New York authorities' two-year investigation into the former president's business dealings.

According to the indictment, from 2005 through this year, the Trump Organization and Chief Financial Officer Allen Weisselberg cheated the state and city out of taxes by conspiring to pay senior executives off the books by way of lucrative fringe benefits and other means.

Weisselberg alone was accused of defrauding the federal government, the state and the city out of more than $1 million in unpaid taxes and tax refunds to which he was not entitled.

The most serious charge against Weisselberg, grand larceny, carries five to 15 years in prison. The tax fraud charges against the company are punishable by a fine of double the amount of unpaid taxes, or $250,000, whichever is larger.

The 73-year-old Weisselberg has intimate knowledge of the Trump Organization's financial dealings from nearly five decades at the company. And the charges against him could give prosecutors the means to pressure him to cooperate with the investigation and tell them what he knows.

Both Weisselberg and lawyers for the Trump Organization pleaded not guilty. Weisselberg was ordered to surrender his passport and released without bail. leaving the courthouse without comment.

In a statement, Trump branded the case a “political Witch Hunt by the Radical Left Democrats.” Weisselberg's lawyers said he will “fight these charges.”

Vance, who leaves office at the end of the year, has been investigating a wide range of matters involving Trump and the Trump Organization, such as hush-money payments paid to women on Trump’s behalf and whether the company falsified the value of its properties to obtain loans or reduce its tax bills.

The news comes as Trump has been more seriously discussing a possible comeback run for president in 2024. He has ramped up his public appearances, including holding his first rallies since leaving the White House.

In announcing the grand jury indictment, Carey Dunne, the top prosecutor in the district attorney's office, said; “Politics has no role in the jury chamber, and I can assure you it had no role here." He outlined a 15-year scheme “orchestrated by the most senior executives” at the Trump Organization.

The Trump Organization is the entity through which the former president manages his many ventures, including his investments in office towers, hotels and golf courses, his many marketing deals and his TV pursuits. Trump’s sons Donald Jr. and Eric have been in charge of the day-to-day operations since he became president.

In addition to exposing the Trump Organizations to fines, the criminal case could make it more difficult for the business to secure bank loans or strike deals — a hit that comes at a particularly bad time, with the company already reeling from lost business because of the coronavirus and the backlash over the Jan. 6 attack on the Capitol.

“Companies that are being indicted, whether they are private or public, big or small, face serious collateral consequences,” said Daniel Horwitz, a white-collar defense attorney. “Companies in the financial services industry are reluctant to do business with them. Their access to capital is limited or cut off, as is their ability to place their liquid assets with banks and brokerages.”

Weisselberg came under scrutiny in part because of questions about his son’s use of a Trump apartment at little or no cost.

Allen Weisselberg himself, an intensely private man who lived for years in a modest home on Long Island, continued to claim residency there despite living in a company-paid Manhattan apartment, prosecutors said.

By doing so, Weisselberg concealed that he was a New York City resident and avoided paying about $900,000 in federal, state and city income taxes, instead collecting about $133,000 in refunds to which he was not entitled, prosecutors said.

According to the indictment, Weisselberg paid rent on his Manhattan apartment with company checks and directed the company to pay for his utility bills and parking. The company also paid for private school tuition for Weisselberg’s grandchildren with checks bearing Trump’s signature, as well as for Mercedes cars driven by Weisselberg and his wife, and gave him cash to hand out tips around Christmas.

Such perks were listed on internal Trump company documents as part of Weisselberg’s employee compensation but were not included on his W-2 forms or otherwise reported, and the company did not withhold taxes on their value, prosecutors said.

Trump’s company also issued checks, at Weisselberg’s request, to pay for personal expenses and upgrades to his homes and an apartment used by one of his sons, such as new beds, flat-screen TVs, carpeting and furniture, prosecutors said.

Barry Weisselberg’s ex-wife has been cooperating with investigators and given them reams of tax records and other documents.

Two other Trump executives who were not identified by name also received substantial under-the-table compensation, including lodging and the payment of automobile leases, the indictment said.

Weisselberg has a reputation as a workaholic deeply devoted to Trump's interests. So far, there is no sign that the man regarded by Trump's daughter Ivanka as a “fiercely loyal” deputy is about to turn on the former president.

Trump has said his company’s actions were standard practice in the business and in no way a crime. The Trump Organization accused the district attorney's office of using Weisselberg as “a pawn in a scorched-earth attempt to harm the former president.” It said the DA's office and the IRS have never before brought criminal charges against a company over employee benefits.

Vance fought a long battle to get Trump’s tax records and has been subpoenaing documents and interviewing company executives and other Trump insiders.

James Repetti, a tax lawyer and professor at Boston College Law School, said a company like the Trump Organization would generally have a responsibility to withhold taxes not just on salary but on other forms of compensation.

Another prominent New York City real estate figure, the late Leona Helmsley, was convicted of tax fraud in a federal case that arose from her company paying to remodel her home without her reporting that as income.

Michael Cohen, the former Trump lawyer who has been cooperating with Vance's investigation, wrote in his book “Disloyal” that Trump and Weisselberg were “masters at allocating expenses that related to non-business matters and finding a way to categorize them so they weren’t taxed."

Weisselberg first started working for Trump’s real estate-developer father, Fred, after answering a newspaper ad for a staff accountant in 1973, and worked his way up.

Keeping a low profile — aside from a 2004 appearance as a judge on Trump’s reality TV show “The Apprentice" — Weisselberg was barely mentioned in news articles before Trump started running for president and questions arose about the boss’ finances and charity.