The running total of lives lost reported Tuesday by Johns Hopkins University is nearly equal to the number of Americans killed in World War II. 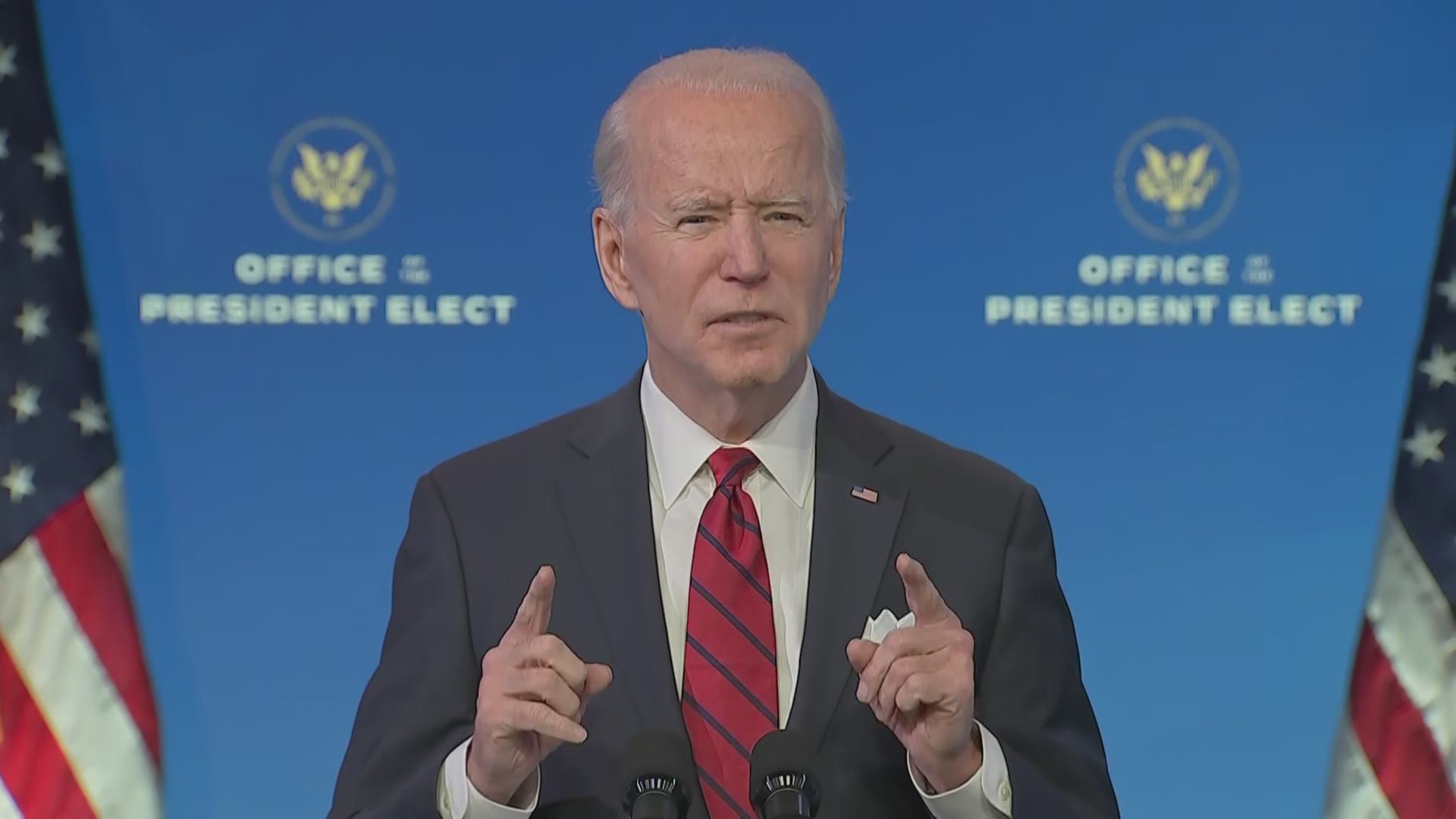 The U.S. death toll from the coronavirus eclipsed 400,000 on Tuesday in the waning hours in office for President Donald Trump, whose handling of the crisis has been judged by public health experts a singular failure.

The running total of lives lost, as compiled by Johns Hopkins University, is nearly equal to the number of Americans killed in World War II. It is about the population of Tulsa, Oklahoma; Tampa, Florida; or New Orleans. It is equivalent to the sea of humanity that was at Woodstock in 1969.

It is just short of the estimated 409,000 Americans who died in 2019 of strokes, Alzheimer's, diabetes, flu and pneumonia combined.

And the virus isn't finished with the U.S. by any means, even with the arrival of the vaccines that could finally vanquish the outbreak: A widely cited model by the University of Washington projects the death toll will reach nearly 567,000 by May 1.

While the Trump administration has been credited with Operation Warp Speed, the crash program to develop and distribute coronavirus vaccines, Trump has repeatedly downplayed the threat, mocked masks, railed against lockdowns, promoted unproven and unsafe treatments, undercut scientific experts and expressed scant compassion for the victims.

Even his own bout with COVID-19 seemed to leave him unchanged.

The White House defended the administration.

"We grieve every single life lost to this pandemic, and thanks to the president's leadership, Operation Warp Speed has led to the development of multiple safe and effective vaccines in record time, something many said would never happen," said White House spokesman Judd Deere.

The nation reached the 400,000 milestone in just under a year. The first known deaths from the virus in the U.S. were in early February 2020, both of them in Santa Clara County, California.

While the count is based on figures supplied by government agencies around the world, the real death toll is believed to be significantly higher, in part because of inadequate testing and cases inaccurately attributed to other causes early on.

RELATED: A new COVID-19 challenge: Mutations rise along with cases

RELATED: Panel: China, WHO should have acted quicker to stop pandemic