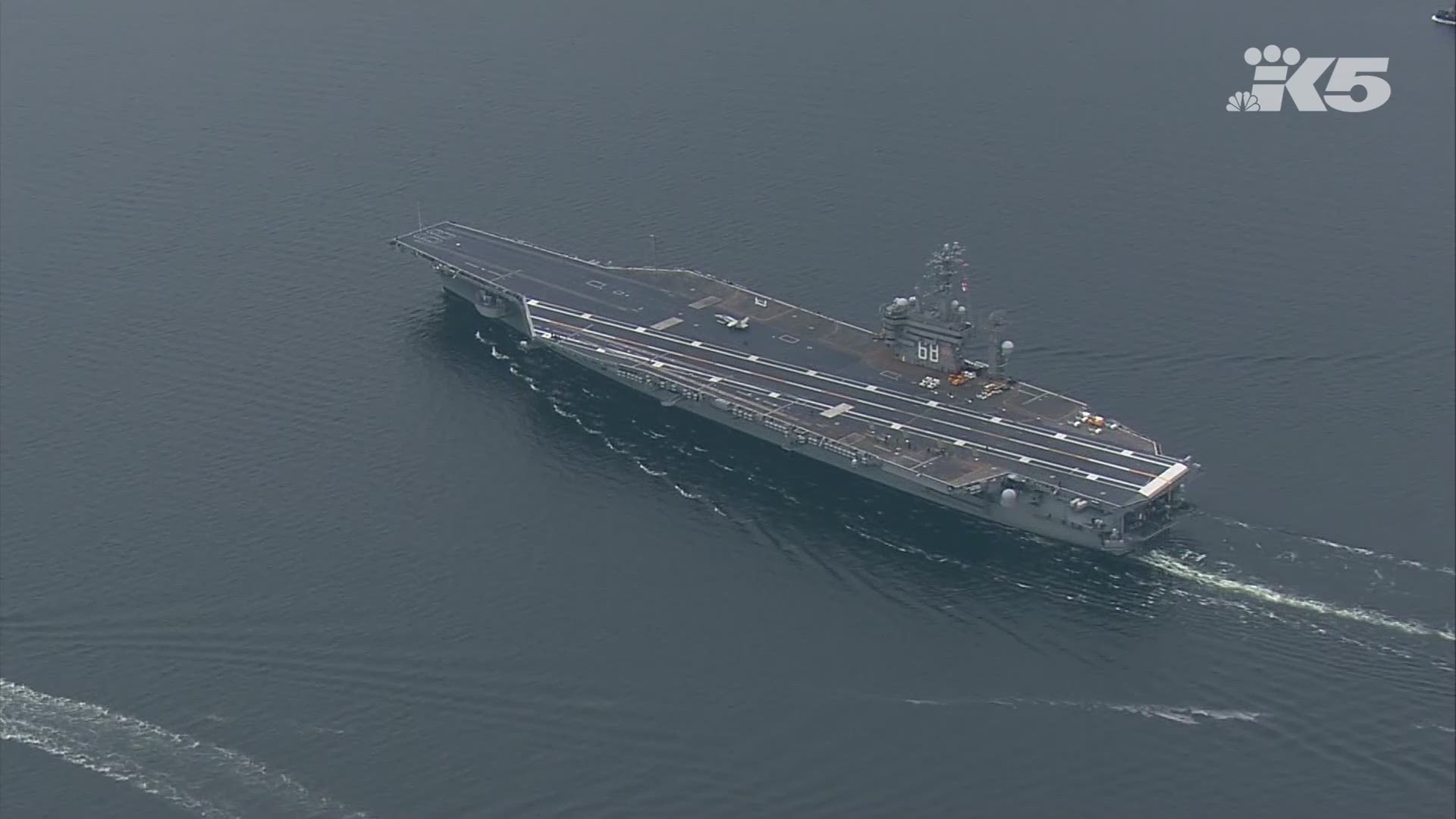 The video above was from May 2019 when the Nimitz returned to its home port in Bremerton, Wash.

Acting Secretary of Defense Christopher Miller announced Sunday evening that he has changed his mind about sending a Navy aircraft carrier, the USS Nimitz, home from the Middle East and instead will keep the vessel on duty.

Just last week, Miller announced that he was sending the Nimitz home, a decision that had been opposed by senior military officers.

In reversing himself, Miller cited “recent threats issued by Iranian leaders against President Trump and other U.S. government officials.” He did not elaborate, and the Pentagon did not respond to questions to the Associated Press.

Tensions with Iran are high. Sunday marked one year since the U.S. killing of Qassem Soleimani, the top Iranian general; Iran has vowed to avenge the killing, and U.S. officials said in recent days that they are on heightened alert for potential Iranian attack on U.S. forces or interests in the Middle East.

In announcing the decision to send the Nimitz home last week, Miller made no mention of Iran.

RELATED: US sends only aircraft carrier in Middle East home amid Iran tensions

Last week, an American military officer close to the situation told reporters that the U.S. had detected signs that Iran had made preparations for possible attacks on U.S. or allied targets in Iraq or elsewhere in the Mideast. This was the reason for dispatching two B-52 bombers from the U.S. to briefly overfly the Gulf last Wednesday, said the officer, who spoke on condition of anonymity to discuss internal assessments.

Trump recently cited “chatter” that Iran might strike. Days after a Dec. 20 rocket attack on the U.S. Embassy compound in Baghdad by Iranian-supported Shiite militia groups, Trump tweeted that Iran was on notice.

Chanting anti-American slogans, thousands of Iraqis converged on a landmark square in central Baghdad on Sunday to commemorate the anniversary of Soleimani's killing in a U.S. drone strike.

Roads leading to Tahrir Square were closed off and security was tight as the crowds gathered in response to a call by powerful Iran-backed militias for a rally marking the occasion and demanding the expulsion of U.S. troops from Iraq.

“No, no to America!” shouted some in the largely mask-less crowd. “You killed our guest. There is no place here for your embassy,” read some of the banners.

Protesters at one point set fire to a large U.S. flag, drawing cheers from the crowd.

The killing of Soleimani and Abu Mahdi al-Muhandis at Baghdad’s airport pushed Tehran and Washington perilously close to all-out conflict and sparked outrage in Iraq, leading parliament to pass a non-binding resolution days later calling for the expulsion of all foreign troops from Iraq.