The back-to-back-to-back stumbling blocks come as President Biden is trying to pivot to his domestic agenda and pass a $3.5 trillion spending bill. 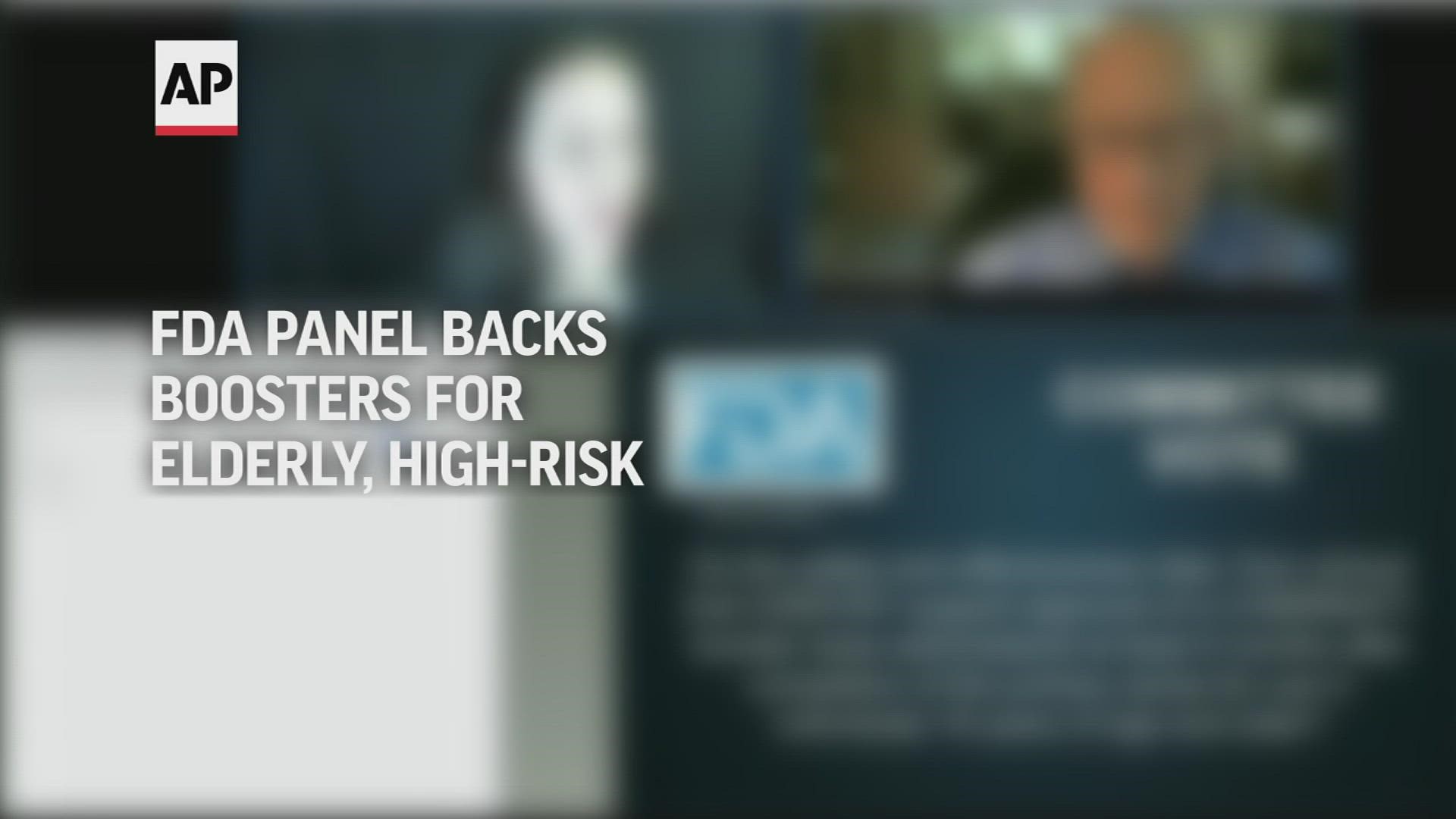 WASHINGTON — It was an hour President Joe Biden would no doubt like to forget.

On Friday, the Pentagon acknowledged that a drone strike in Afghanistan killed 10 civilians, including seven children, not terrorists. A panel advising the Food and Drug Administration voted to not recommend COVID booster shots for all Americans over 16, dashing an administration hope. And France announced it was recalling its ambassador to the U.S. out of anger for being cut out of a secret nuclear submarine deal Biden had struck with the United Kingdom and Australia.

The punishing headlines, all within an hour, underscored the perils for any president from the uncontrollable events that can define a term in office.

They came as Biden has seen public approval numbers trend downward as the COVID-19 crisis has deepened and Americans cast blamed for the flawed U.S. withdrawal from Afghanistan.

The administration had hoped to roll out tougher vaccine guidelines, a new international alliance to thwart China and a recommitment to what Biden has done best: drawing on his years on Capitol Hill and knowledge of the legislative process to cajole fellow Democrats to pass the two far-reaching spending bills that make up the heart of his agenda.

Those ambitions are now more difficult.

Biden has proclaimed defeating the pandemic to be the central mission of his presidency but the U.S. is now averaging more than 145,000 confirmed COVID-19 cases per day, up from a low of about 8,500 per day three months ago.

The president has moved to shift the blame for the resurgence of cases to the more than 70 million Americans who haven’t gotten a vaccine and the GOP lawmakers who have opposed his increasingly forceful efforts to push people to get a shot. Aides had hoped for full FDA approval for the boosters, yet the advisory panel only recommended them for those over 65 or with underlying health conditions or special circumstances.

Biden aides in recent days had quietly expressed relief that the chaotic Afghanistan withdrawal — like the war itself for much of its nearly two decades — has receded from headlines. That feeling was shattered Friday afternoon when the Pentagon revealed the errant target for what was believed to be the final American drone strike of the war.

Biden had long advocated leaving Afghanistan and, even after a suicide bombing killed 13 American service members, and told advisers the decision was correct. The president is known for his certitude, a stubbornness that flashed when he shot down suggestions that he express regret for how the withdrawal occurred.

Aides have since been quick to note that more than 120,000 people have been successfully evacuated and contend that quiet U.S. efforts are securing the steady departure of others from under Taliban rule.

The end in Afghanistan was part of an effort to refocus foreign policy on China, an aim that accelerated with the surprise announcement of the agreement between the United States, United Kingdom and Australia.

But not only did Beijing balk, so did Paris, as France angrily accused the U.S. of cutting France out of the alliance and scuttling its own submarine deal with Australia.

And then France recalled its ambassador after its officials expressed dismay that, in their estimation, Biden had proven to be as unreliable a partner as his predecessor Donald Trump.

The strain with France came just as Biden had hoped to pivot to his ambitious domestic agenda.

But there are sharp ideological divides among the Democrats on Capitol Hill about the size and substance of the $3.5 trillion spending package meant to be passed in tandem with the $1 trillion bipartisan infrastructure bill. And all of Congress will be forced to juggle the White House’s legislation while being swamped with imminent deadlines on the debt ceiling and government funding.

The West Wing is recreating a legislative strategy that worked to secure passage of the $1.9 trillion COVID relief in March and pushed the $1 trillion bipartisan infrastructure bill through the Senate in August, according to a half dozen White House aides and outside advisors who were not authorized to discuss internal deliberations. With Biden cajoling lawmakers, the infrastructure bill is to be passed through the House along with the $3.5 trillion spending bill that contains many of the president’s priorities — like climate change and child care — and would pass the Senate along party lines.

With the Senate in a 50-50 tie and Democrats’ margin in the House only a handful of seats, few votes can be lost, and it could be a formidable task to unite Democratic moderates, like Sens. Joe Manchin of West Virginia and Kyrsten Sinema of Arizona, who want a far smaller spending bill, with liberals like Sen. Bernie Sanders of Vermont, who has steadfastly said it could not shrink.

The White House also has begun filling the president’s schedule again with events meant to highlight the need to pass the bills, including linking visits to the sites of natural disasters — fires in California and Idaho, hurricanes in New York and New Jersey — to the climate change funding in the legislation.

And this past Thursday, on what had previously been tentatively planned as a down day for Biden, the White House scheduled him to give a speech from the East Room during which he zeroed in on how tax enforcement to get big corporations and wealthy Americans to pay more would help fund his plan, without offering any new details.

But there are roadblocks. Manchin told Biden that he could not support $3.5 trillion and White House aides have begun signaling that they would settle for a smaller package, even if it raises the ire of progressives.

Still, Biden’s advisers believe that, even if there is some unhappiness with the package, no Democratic lawmaker would want to be perceived as undermining the centerpiece of the agenda of a president from their own party.

As the activity moves back to Washington, the White House is also scaling back the president’s travel to support the agenda on Capitol Hill, but it’s led to elevated concerns among some Democratic lawmakers that Biden wasn’t doing enough to personally sell the legislation to their constituents across the country.

The White House notes that Biden’s Cabinet has been traveling aggressively to promote the legislation, even when the president has been kept back in Washington.

The scaled-back travel comes amid some worry from aides about the exposure level Biden may have faced when he mingled in groups during a recent grueling trip west and his three-stop journey to mark the September 11th anniversary, two officials said. Biden, 78, also did not get a summer vacation. His plan to spend time at his Delaware home in August was scuttled by the Afghanistan crisis.

Aides had finally scheduled him a break, a long weekend at his house in Rehoboth Beach along Delaware’s coastline. He reached his home Friday just after 1:30 p.m.

Ninety minutes later, any hope for a quiet weekend vanished.