An estimated crowd of 400-450 people attended the rally, which called for the release of Capitol riot defendants being held in the D.C. Jail. 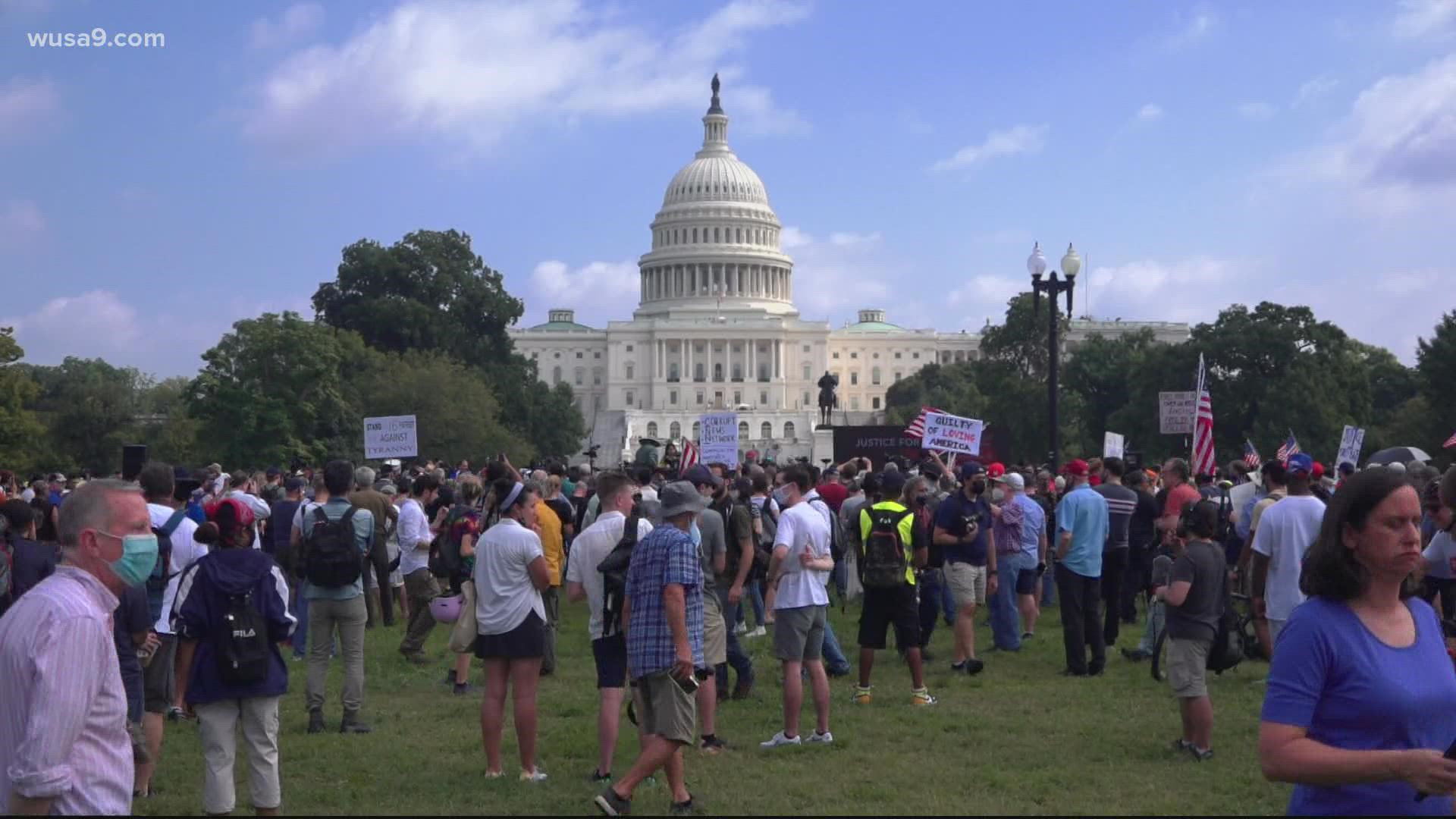 WASHINGTON — Supporters of former President Donald Trump gathered at the U.S. Capitol on Saturday to call for the release of Capitol riot defendants in a rally, where the modest attendance was vastly outnumbered by police and media.

The “Justice for J6” rally was organized by Matt Braynard, a former staffer for the Trump Campaign who has since founded the right-wing political group “Look Ahead America.”

Braynard and other speakers at the rally – who included former Golden Glove boxer-turned-right-wing-activist Cara Castronuova, the father of a Capitol riot defendant and two Republican congressional candidates – attempted to draw a delicate line between calling for the release of Capitol riot defendants. They referred to the defendants repeatedly as “political prisoners" while still condemning the violence on Jan. 6.

Here’s what we see at Justice for J6 >> An astounding law enforcement presence. Quiet conversation between opposite ends of the political spectrum. No one crossing the Capitol Police line @WUSA9 @CBSNews pic.twitter.com/xAW9LBrGXD

Braynard and other speakers have claimed repeatedly, and falsely, that there are “hundreds” of Jan. 6 defendants currently being held without bond in the case. In reality, of the more than 600 defendants now charged in the case, only about 70 are currently in custody. The vast majority have been granted pretrial detention – many with no more restrictions than a weekly check-in and an order to stay away from Washington, D.C.

VERIFY | No, there are not ‘hundreds’ of Capitol riot defendants in the DC Jail

A March decision in the case against Eric Gavelek Munchel, also known as “zip-tie guy,” set the standard by which bond was reviewed for Capitol riot defendants. In that ruling, the D.C. Circuit Court said Jan. 6 defendants, even ones accused of entering the Senate Chamber – like Munchel – were in a “different category” than those accused of assaulting police, breaking windows or conspiring to disrupt the joint session of Congress.

Following the Munchel decision, pretrial release – under conditions ranging from weekly check-ins to 24-hour home detention with GPS monitoring – has been the norm, even for some defendants accused of violence. Federico Klein, a former Trump appointee to the State Department, was granted a controversial release despite a judge finding he had “demonstrated a willingness to use force to advance his personal beliefs.” Major Christopher Warnagiris, an active-duty Marine stationed at Quantico, was granted release and allowed to continue possessing firearms despite a nine-count indictment accusing him of assaulting police and obstructing Congress.

In their speeches Saturday, however, rally participants claimed Capitol riot defendants in custody were being held not because of the specific charges against them, but because of their political beliefs. One woman, who said she was the girlfriend of January 6 defendant Jonathan Gennaro Mellis – a Virginia man accused of repeatedly assaulting police with a stick during the riot – compared Capitol riot defendants’ treatment to that of Jews “under Nazi Germany.”

A woman who says she is the girlfriend of #CapitolRiot defendant Jonathan Mellis is now reading a letter in which an anonymous mother compares the treatment of January 6 defendants to Jews under Nazi Germany. #JusticeforJ6 pic.twitter.com/ySJb9Mhnrr

No elected Republican officials attended the rally, and Trump himself told supporters not to go, calling it “a setup.” In public Telegram channels, members of the Oath Keepers and Proud Boys – frequently attendees at other right-wing rallies around the country – condemned it as a “false flag” and “bait.” As a result, the modest crowd of actual rally attendees was greatly outnumbered by Capitol and D.C. Metropolitan Police officers and members of the media. Altogether, Capitol Police estimated 400-450 people were inside the protest area on Saturday. Images posted to social media showed individual rallygoers flanked by dozens of journalists.

Man just biked over, calling crowd “traitors” adding “F MAGA.” Someone responded back. A crowd of media surrounded. Then about a dozen police officers rode over to break it up. This has been the pattern at #JusticeforJ6Rally. @wusa9 pic.twitter.com/4y25heeEkW

The were no reports of violence leading up to or during the rally. Capitol Police said they arrested one person on a weapons charge after he was discovered with a knife. 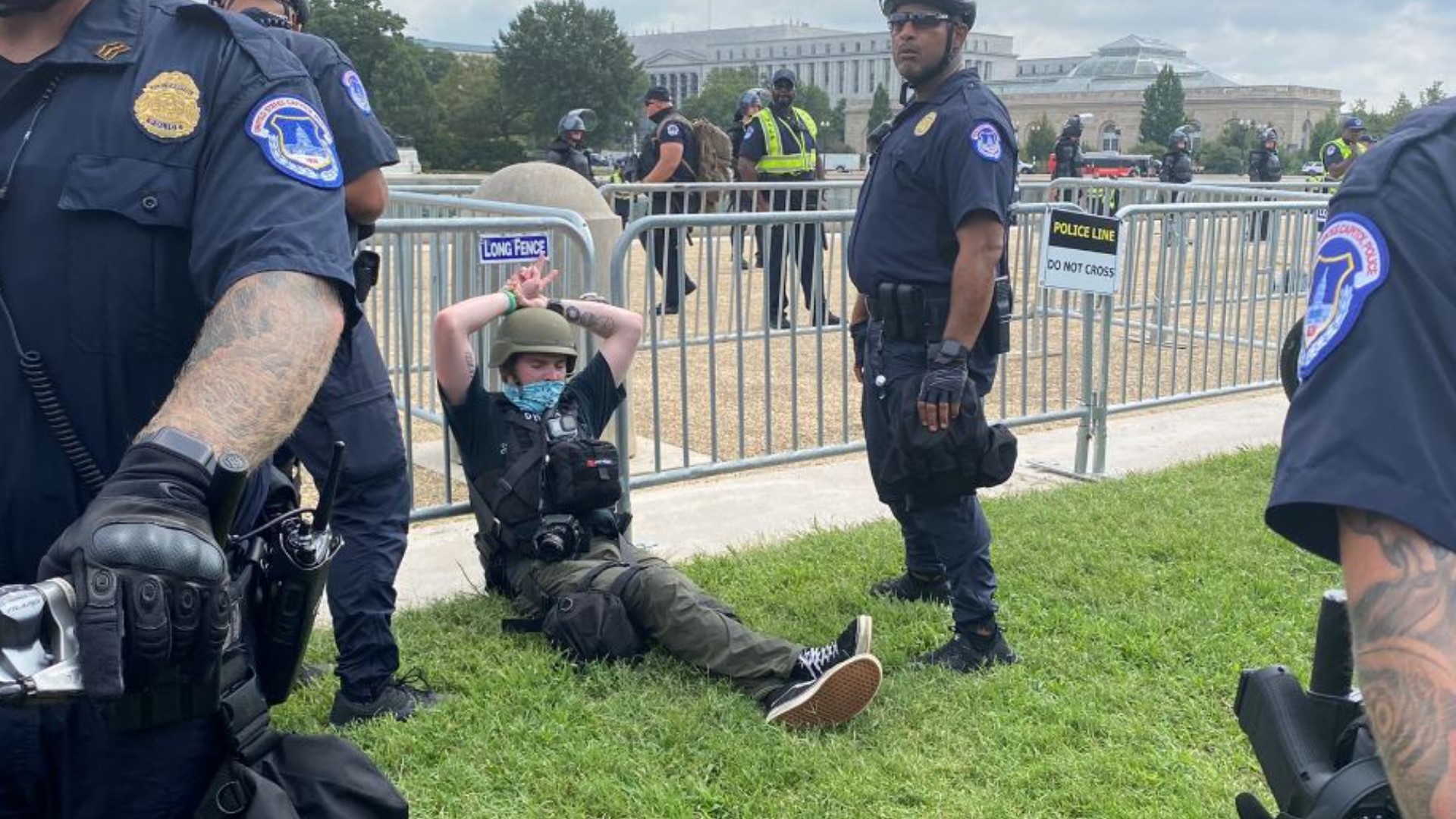 Braynard has promised to continue the “Justice for J6” rallies. Another round of rallies are scheduled at state capitols in New Jersey, North and South Carolina, Georgia, Tennessee and other states on Sept. 25.

We're tracking all of the arrests, charges and investigations into the January 6 assault on the Capitol. Sign up for our Capitol Breach Newsletter here so that you never miss an update. 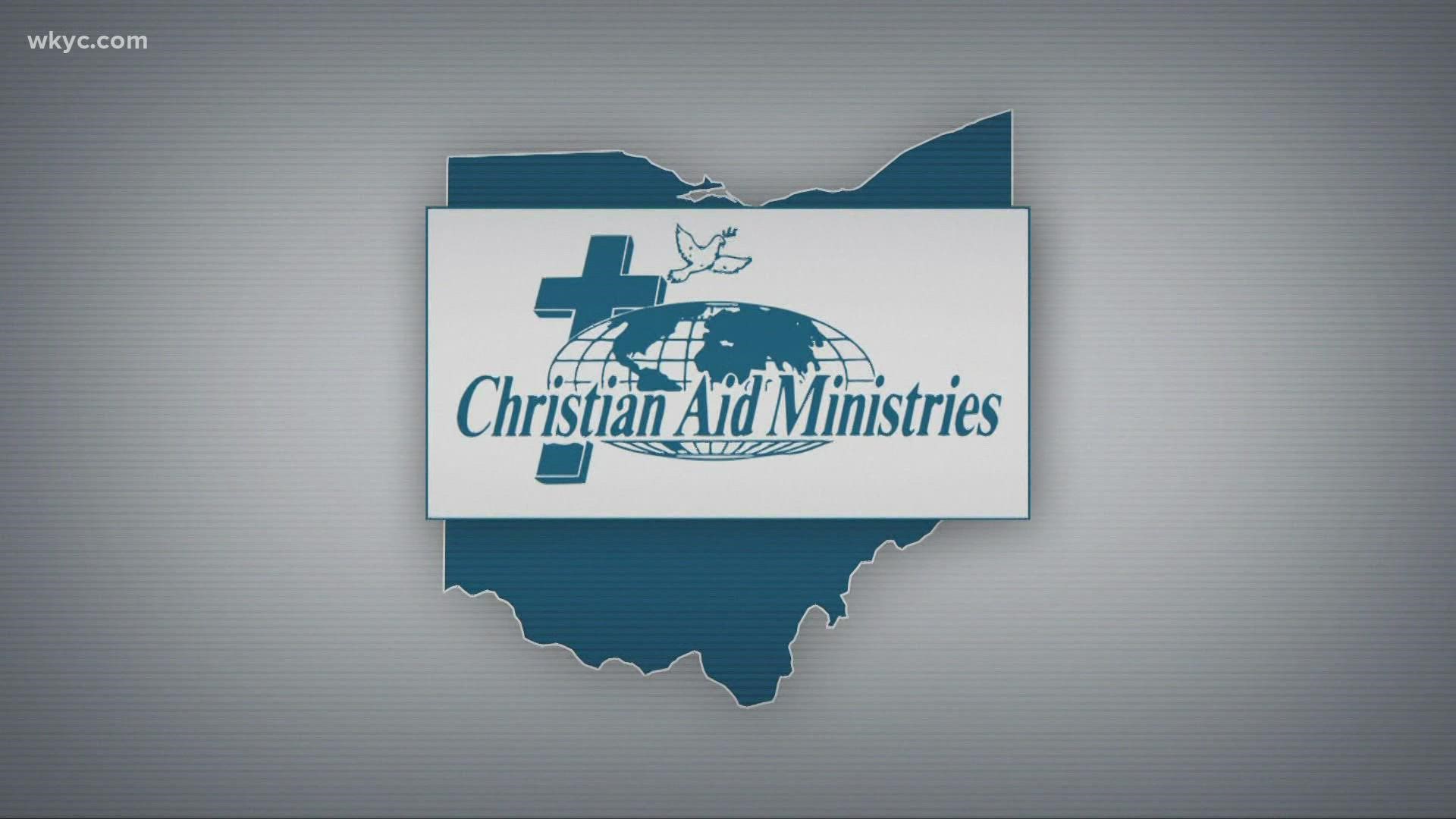