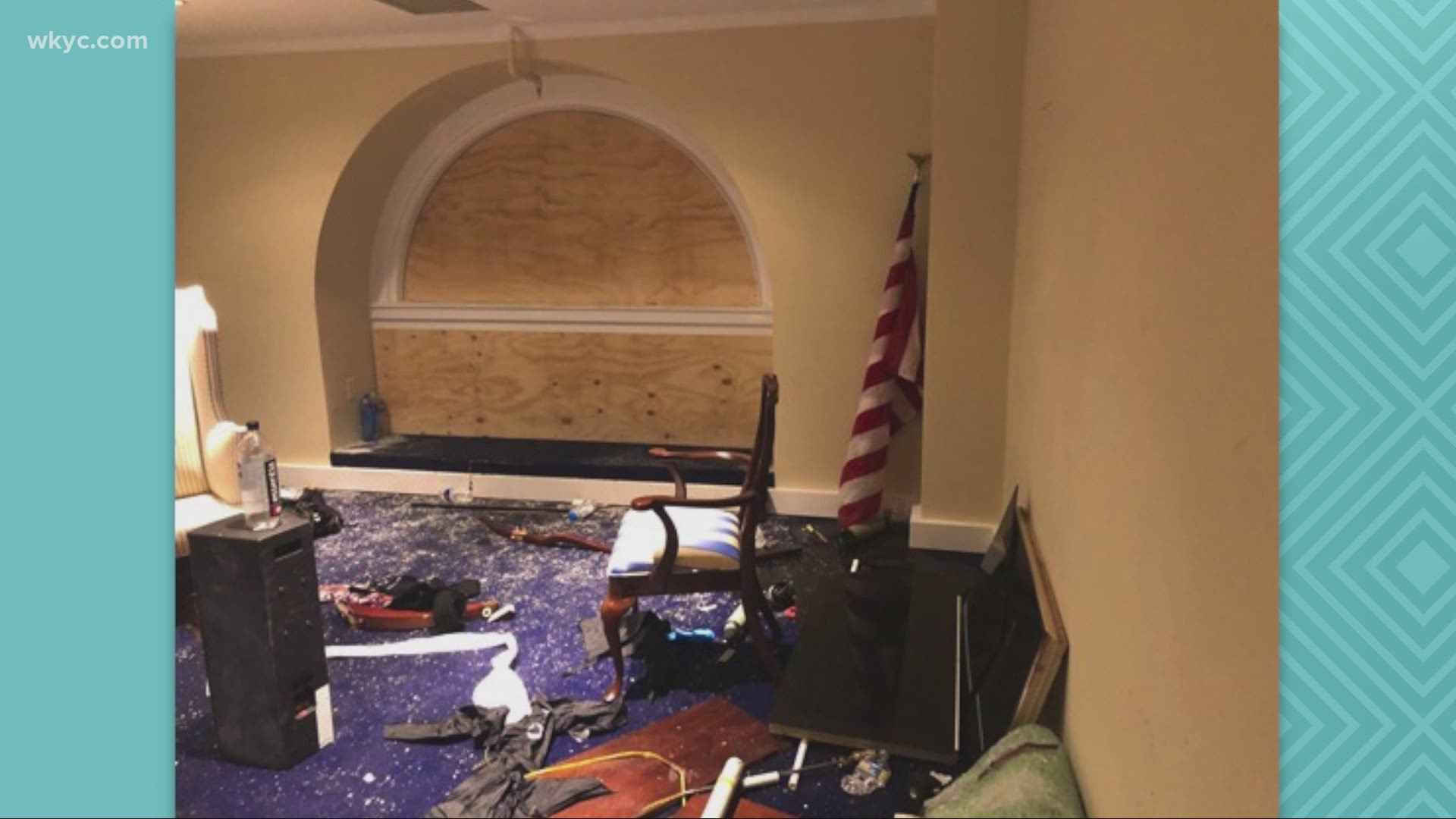 WASHINGTON, D.C., USA — Senator Sherrod Brown has shared new photos of the aftermath of the deadly insurrection in Washington, DC that took place on January 6.

The photos show wreckage that Brown witnessed firsthand from inside the US Capitol, perpetrated by Americans who had been urged to try to stop our electoral process, leading to the historic second impeachment of then-President Donald Trump on the charge of inciting an insurrection.

The images, taken the morning after the violent attack and posted by the Senator for Ohio on July 7, reveal boarded up windows, shattered glass and overturned furniture.

"This is the first time I’m sharing my photos from January 6th," Brown wrote in a tweet with the photos.

"I took these exactly six months ago - the morning after the insurrection. This is what I saw in the Capitol."

Never before seen images of the aftermath from the deadly insurrection in Washington, DC

1 / 4
US Senator for Ohio Sherrod Brown
This never-before-seen image of the aftermath of the insurrection at the US Capitol was taken by US Senator Sherrod Brow the morning after the riot on January 7, 2021, and posted for the first time publicly on July 7, 2021.

The four photos shared by Brown depict the destruction in Washington, DC, amid violence that led to the deaths of five people, including one police officer.

In the images, large windows are boarded up where glass had been shattered from its frames.

Shards of glass are visible covering the blue carpeting, which is otherwise littered with debris.

Remnants of tables and chairs are strewn about the room, with lamps overturned in the middle of the room and larger pieces furniture upended along the walls.

This is the first time I’m sharing my photos from January 6th.

I took these exactly six months ago - the morning after the insurrection.

This is what I saw in the Capitol. pic.twitter.com/1atviIbBwa

To date, 549 people have been charged related to the attack where rioters attempted to stop the certification of electoral college votes declaring Joe Biden to be the winner of the presidency in the 2020 election.

At least two of those people are from Ohio, according to a searchable table of each individual who has been charged, published by Insider.

Ohioan Timothy Hart, who wore a QAnon sweatshirt inside the Capitol and prosecutors say smoked marijuana inside the building, has been charged with the following:

Oliver Starko, also from Ohio and who prosecutors say posted several videos on his Snapchat account of himself entering the Capitol, faces these charges:

Trump was acquitted by the US Senate during his impeachment trial for inciting the insurrection, with 57 'guilty' votes and 43 'not guilty' votes.

Brown was joined by seven Republicans in voting to convict Trump, but the conviction was not successful because the Senate did not meet the required threshold of 67 votes to convict.

It was the most bipartisan vote to convict a sitting president during an impeachment trial in US history.