Monday, the city planned to clear 8 camps this week. Prior to the pandemic, crews cleared an average of 50 per week. 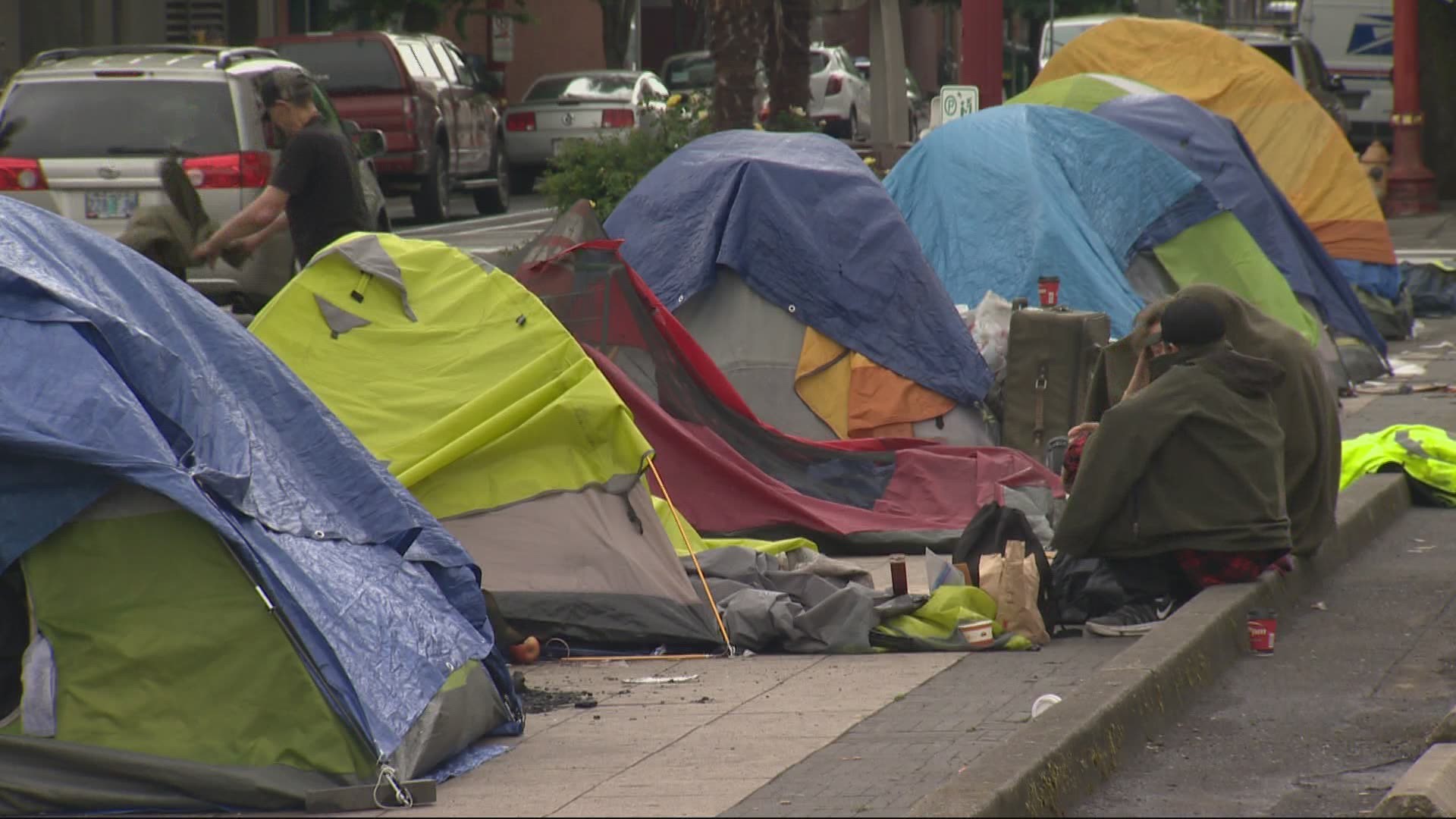 On Monday afternoon, the day pinpointed as the dawn of a new but familiar era in Portland’s handling of its housing crisis, Zackary Young felt stuck in an awkward limbo: he’d expected crews contracted by the city to force him and those around him to leave their camp in the city’s Old Town Chinatown neighborhood.

But no one did.

“Yeah, it seems like nothing happened,” Young said. “It seems really odd.”

It’s really odd, he said, because it was the city that put him on guard.

As of today, the city of #PDX is clearing homeless camps based on an expanded list of criteria.

This week 8 camps are posted. We’re told there may be a “slight increase” as wx improves. #HeyDan pic.twitter.com/8KSmZ9uluN

Staff with Portland’s Office of Management and Finance, which coordinates the process of clearing homeless camps, issued a press release last week. It noted, amid concerns about COVID, the city largely stopped clearing homeless camps. As a result, the release said "encampments and trash have grown to alarming numbers".

The release stated, “After more than a year of reduced campsite removals, City Council has approved the Homelessness and Urban Camping Impact Reduction Program’s proposal to increase the number of campsites they remove – beginning Monday, May 24 – using carefully vetted criteria.”

Monday, KGW asked how many camps the city planned to clear this week, under its new policy.

“There are eight active posted locations. As always, our number one focus is to be conscientious and respectful without adding trauma, so some sites may need to be reposted,” wrote OMF communications specialist Mark Alejos in an email, adding there may be a “slight increase in postings as the weather gets better.”

KGW asked if the city has plans to get anywhere close to that pre-pandemic routine of clearing roughly 50 camps per week.

Alejos responded, “Posting a location for removal is a last resort and the final step of a long process where we attempt to address health and safety hazards prior to removing the site. This process of removal begins after we have exhausted every other possible option available to us, including coordinating with outreach and working with folks on maintaining a low-impact space in addition to providing resources as well. Ultimately, our hope is to not do any removals, period.”

He added the city is not releasing the locations of the camps it plans to clear, sticking with standard protocols prior to COVID. Each Tuesday, officials publish locations of camps cleared the week prior.

Since issuing the press release on Wednesday, staff with OMF have repeatedly declined requests for interviews about the shift in policy. Friday, KGW caught up with Mayor Ted Wheeler and Housing Commissioner Dan Ryan, at an open house for the St. Johns Village, a tiny house village for Portland’s homeless.

“[The shift in policy] means that we're going to clean up the public health crisis that we're in,” Ryan said.

“There are just some areas that are just too environmentally sensitive or situations where there really is a public health threat to those in the camps and those surrounding or a public health issue that requires urgent remediation,” Wheeler added. “And so I stand behind the protocols. I think they’re good protocols.”

For Amanda Frese, the protocols aren’t the problem; it’s that she doesn’t believe the city will follow through.

“None of us are satisfied. We're just being told what we want to hear, what will pacify us for another month, another two months,” said the owner of 7th Street Espresso in Southeast Portland.

Frese has spent hundreds of dollars in recent years installing fencing and cameras, an attempt to quell repeated break-ins and vandalism, which she believes stem from people in a nearby camp.

She said she has contemplated moving her 20-year-old business out of Portland several times in the last year. She knows several other business owners who are on the brink, too.

“They are sick and tired of Multnomah County. They want to go to Clackamas county, the outskirts of Portland. Multnomah county has, I can't think of the best thing to say, burned its bridge,” she said. “They haven't done enough.”