Ohio woman's bedroom in one congressional district, garage is in the other

It's a microcosm of bizarre mapmaking that has everyone in Democrat-dominated Cincinnati being represented by a Republican representative in Congress. 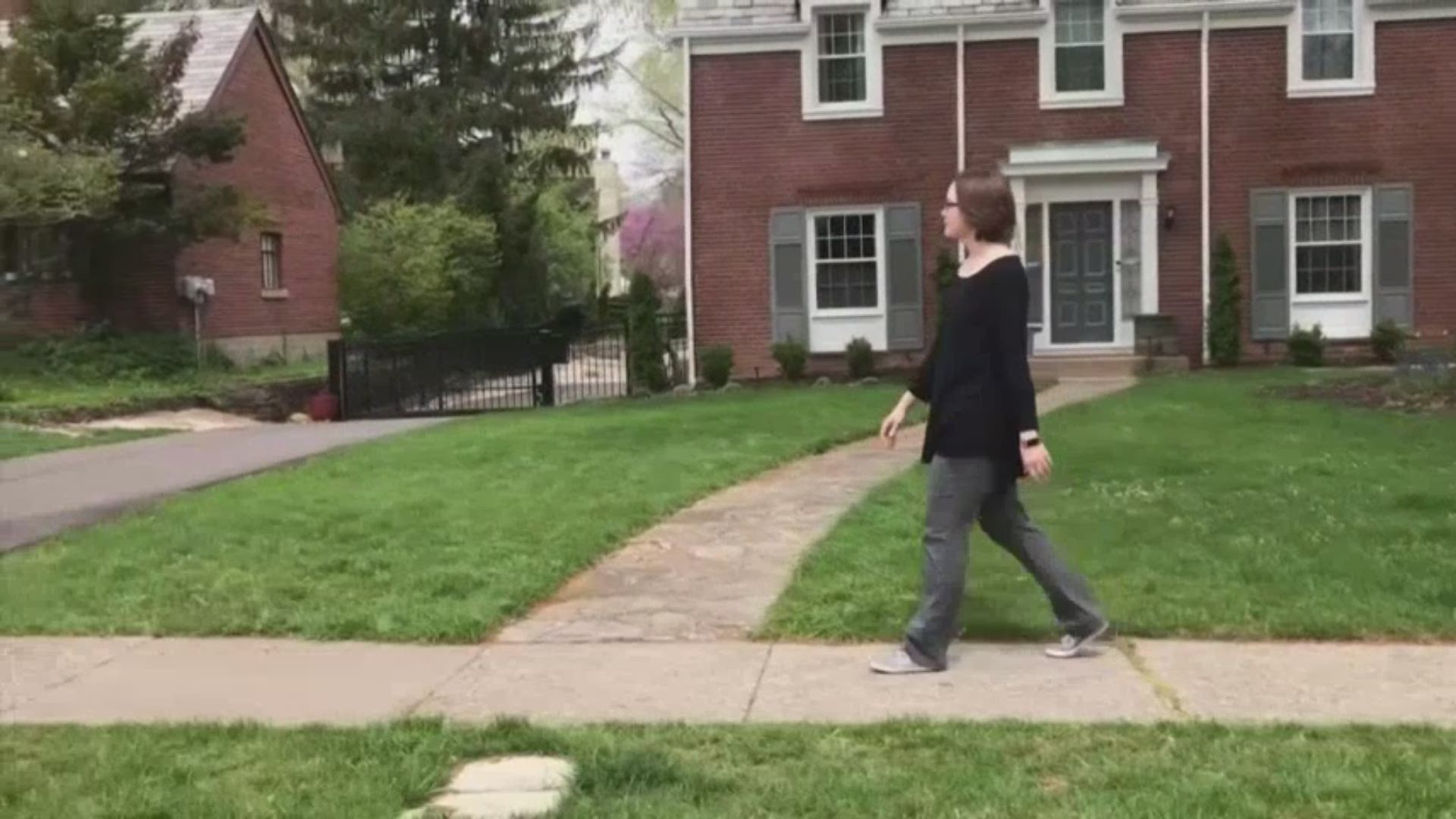 CINCINNATI — The Nagels' home is a house divided.

Mindy Nagel usually votes Democratic, while husband Tom usually goes Republican. But that's only part of it — their bedroom is in Ohio's 2nd congressional district, while their garage is in the 1st.

They say they've voted in both districts within the last three years. They were in House 1 until Ohio lost two seats in Congress because of U.S. population shifts recorded in the 2010 census. Republican-controlled redistricting followed for the 2012 elections, and the Nagels started voting in House 2, held by Republican Brad Wenstrup.

Until 2018, when the ballots at their polling place were again for House 1, Republican Steve Chabot's seat, the Nagels said.

Confused? The Nagels were, too.

What didn't change is that they — and everyone else in Democrat-dominated Cincinnati — have a Republican representative in Congress. Redistricting yielded a statewide map that has produced both an unbending 12-4 Republican advantage in the traditional swing state's delegation, and an ongoing court battle that could affect the 2020 U.S. elections.

As a Democrat in a city that similarly votes blue, Mindy Nagel sees the map as absurdly unfair.

"It's so clear that they (Republican mapmakers) wanted to divide up the city of Cincinnati so we wouldn't have a Democratic congressman," the 39-year-old physical therapist said, sitting in her living room that straddles districts in the College Hill neighborhood.

A three-judge panel could rule soon on arguments made by voter rights and Democratic Party groups in a March federal trial that Ohio's map is unconstitutionally partisan, violating voters' rights to democratically choose their representatives. Whatever the panel's decision, the case will likely be appealed to the U.S. Supreme Court, which is already considering challenges to congressional maps in North Carolina, drawn by Republicans, and Maryland, drawn by Democrats.

In a case similar to Ohio's, a three-judge panel ruled Thursday that Michigan's congressional and legislative maps are unconstitutionally gerrymandered, and ordered the state Legislature to redraw some districts for 2020. The judges wrote that GOP mapmakers in 2011 drew maps with the goal of ensuring "durable majorities" for Republicans. An appeal is likely.

In the Ohio case, defense attorneys pointed out the map will change again after the 2020 census, and that Ohio voters have already passed a bipartisan ballot initiative to reform the mapmaking process.

"Anyone who thinks that federal courts can fix political polarization by injecting themselves into the most highly political disputes in the nation is sadly mistaken," attorney Phil Strach said in the Cincinnati trial, which ran on an accelerated schedule.

Attorneys for the American Civil Liberties Union and other groups, however, say voters shouldn't have to wait until after 2020 for fair districts.

Newly competitive congressional races would likely energize Democrats in 2020 as they try to win back Ohio's 18 electoral votes in the presidential race — Republican Donald Trump carried Ohio in 2016, after Democrat Barack Obama twice won the state.

Congressional Democrats nationwide had a good year in 2018, gaining 40 seats. But Republicans held fast with 75% of Ohio's House seats, despite winning only 52% of Ohio's congressional vote total.

"Not a single seat has changed hands," said David Niven, a University of Cincinnati political scientist who testified for those challenging Ohio's map. "Not a single seat. The point of this map was to build a seawall against the storm, and it has held."

Attorneys for Republican state officials and House members countered that the map had Democrats' input and some bipartisan support.

"This is called democracy in action," Strach, based in Raleigh, North Carolina, told the judges. He said "incumbency protection" gives all Ohioans more clout in Washington as representatives build seniority. As for oddly shaped districts, the defense said keeping district populations even trumps neatly drawn boundaries.

Longtime Democratic Rep. Marcy Kaptur has held onto the redrawn northern Ohio district dubbed "the Snake by the Lake" for its shape. She testified that splitting communities to create safe seats "has hurt America" by making House members less responsive to minority-party constituents and less willing to seek bipartisan compromise in Washington.

Critics of the existing map also say dividing communities into districts with unclear boundaries leads to confusion among voters — and even poll workers. Sherry Poland, director of Hamilton County's board of elections, said its records show the Nagels' voting precinct hasn't changed, though she acknowledged "rare" cases in which voters have been redirected since the map changed.

In Franklin County, which includes the state capital Columbus, elections board spokesman Aaron Sellers said nearly 2,700 voters' House districts were corrected in 2018, after a review found some weren't voting in the right district. Columbus is divided into three districts, with two held by Republicans.

Kenny Burck, 71, a Republican in a northwest Cincinnati suburb, said he expected to be in Chabot's westside Cincinnati-based district, House 1, "forever." But "to get the numbers right, they had to carve us out and put us on the other side into the east," he said.

So he now he's represented by Wenstrup, which is OK by him, although he agrees redistricting produced "some strange lines."

First elected in 1994, Chabot himself is a key beneficiary of the remapping. He has expressed gratitude to mapmakers for adding the Republican-dominated Warren County to his district.

"It's a gift to have Warren County and Hamilton County. And the city of Cincinnati, as far as I'm concerned," Chabot recently said, after a town hall meeting in Harrison Township, west of Cincinnati.

He insisted the districts are fairly drawn, and benefit Cincinnati by giving residents of the one city two representatives in Congress. He said the lawsuit was "wasting ... the court's time."

She got another reminder of her home's unclear political terrain after querying Chabot's office about a pending bill this week. She received an automatically generated response: "It appears that you live outside of" House 1. The official www.house.gov site places the Nagel home back in House 2.