A look at abortion rights 47 years after Roe v. Wade

There are questions over how long Roe v. Wade will continue in its current form. 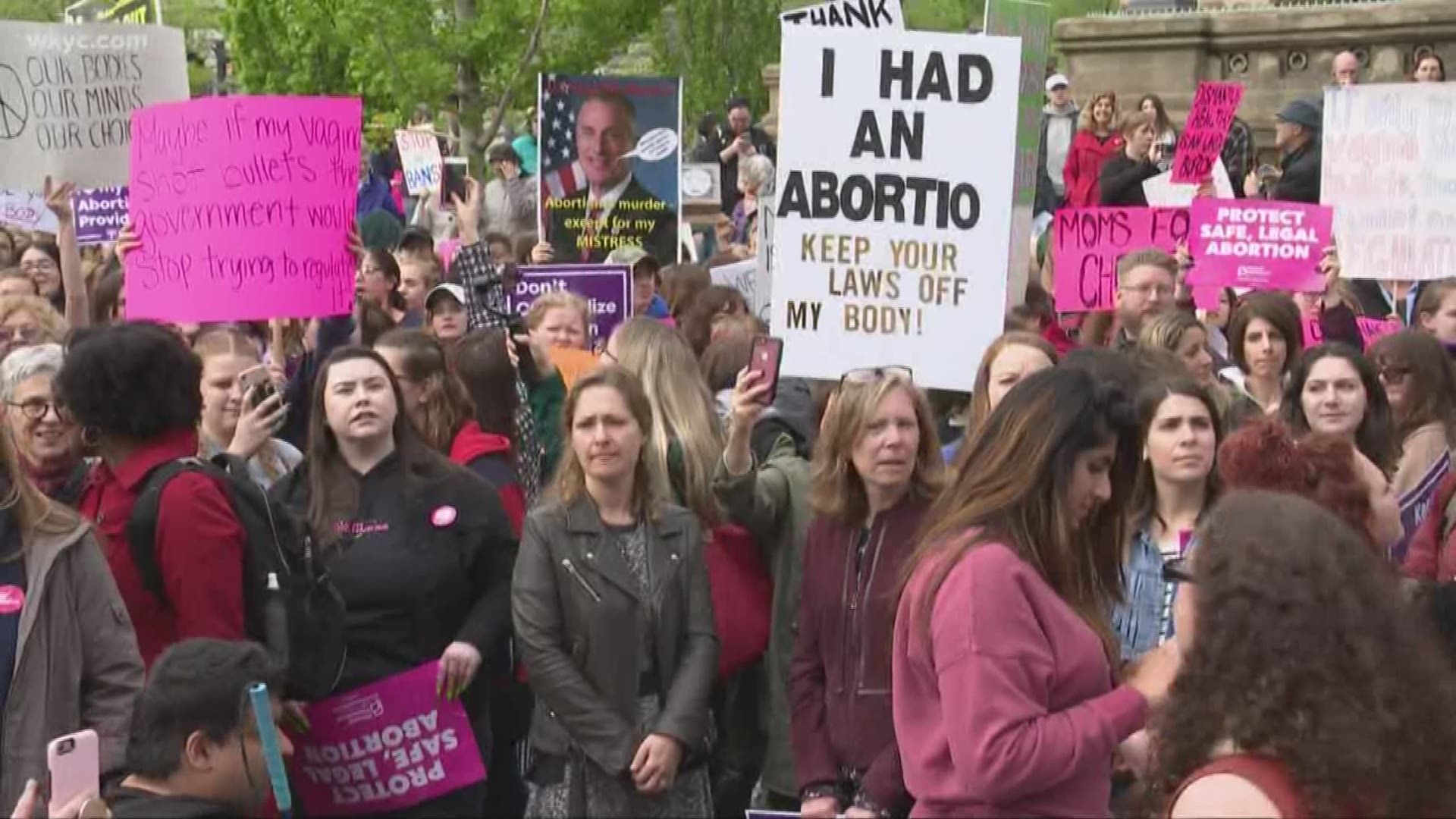 CLEVELAND — On January 22, 1973, the landmark Supreme Court decision that recognized a woman’s right to an abortion was handed down.

47 years later, there are questions over how long Roe v. Wade will continue in its current form.

“Roe is in as precarious a position as it has ever been right now, so we are really kind of on the edge right now,” explains Case Western Reserve University Professor of Law, Jessie Hill.

“Right now we have a Supreme Court majority that is likely prepared to overrule Roe v. Wade, or if not, really cut back on it significantly.”

There are states passing laws either expanding or restricting access.

Lawmakers in Ohio, for example, passed the so called “heartbeat bill” but it is currently blocked and tied up in the courts.

The law would ban abortion when the first fetal heartbeat is detected.  For most pregnancies that’s at six weeks.

“We have some of the most extreme abortion laws in the state,” says Hill, who also volunteers for the ACLU challenging abortion restrictions in Ohio.

“Everyone has their personal views on this issue, no one doesn’t I think, but as a professor my job is to be able to get out the arguments on both sides with my students, that makes me a better professor, it makes them better lawyers to know what arguments are on both sides, so I take that responsibility very seriously.”

3News also reached out to Pro-Life Action League about what’s next for the federal legislation:

“Whether or not the Supreme Court takes the opportunity before it this term to overturn Roe v. Wade when it rules on the Louisiana abortion case, June Medical Services v. Gee, Roe's day's are numbered. And that prospect should be welcomed by all Americans. The federalizing of abortion has been toxic for American politics. The abortion issue should be returned to the states, where it properly belongs. But whatever the fate of Roe v. Wade, the pro-life movement will continue to advocate on behalf of unborn children, who are the most vulnerable members of our human family.”

It’s unclear if that consideration would in fact happen this term.

RELATED: Abortions in US fall to lowest number since becoming legal