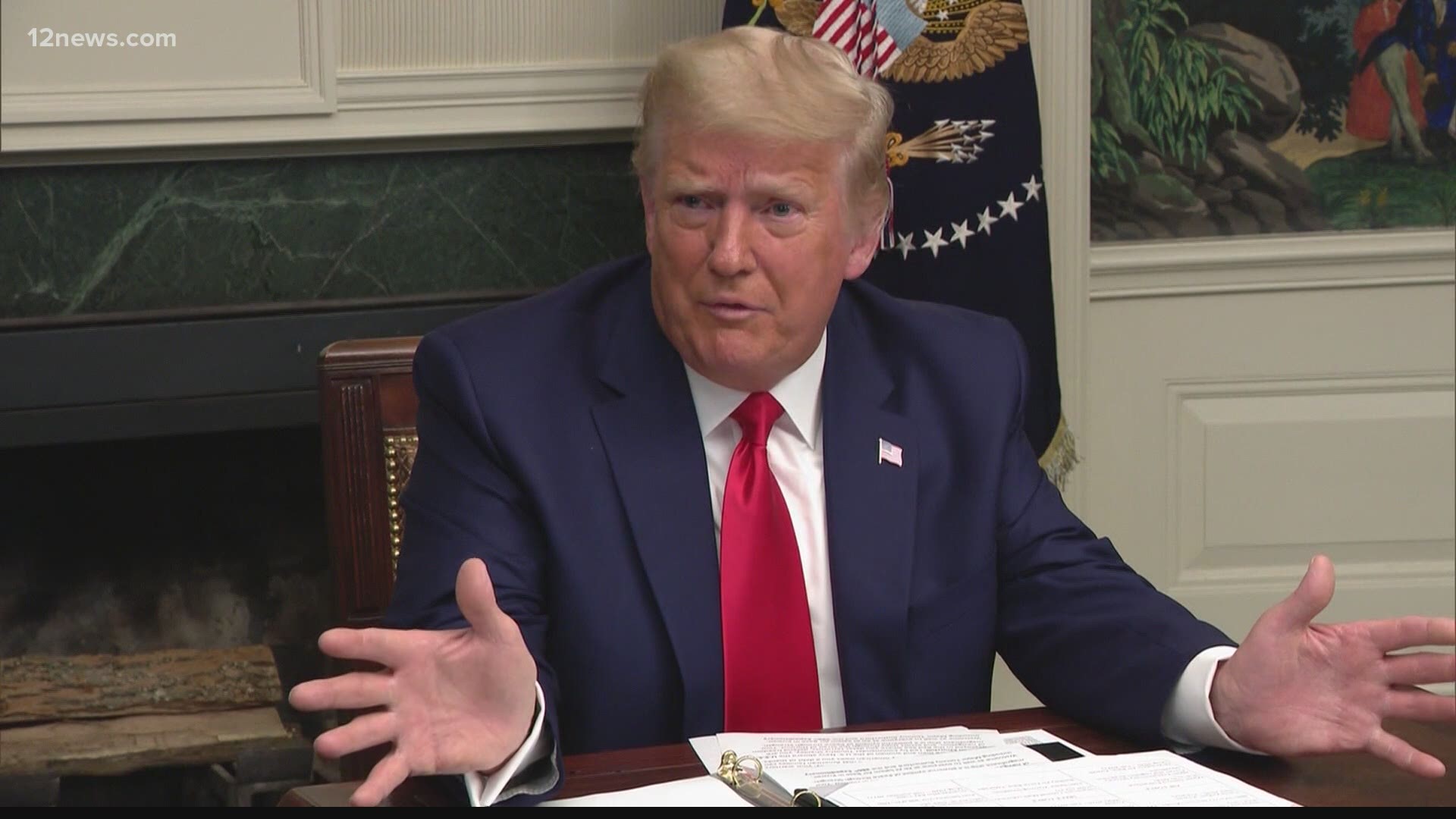 "This audit has never ever been about Trump or the election," Fann told 12 News in a recent interview.

But a trove of 500-plus emails released Friday reveals that Fann was in touch with former President Donald Trump and his lawyer Rudy Giuliani, as plans for Senate Republicans' partisan audit were getting going last December.

"I have been in numerous conversations with Rudy Giuliani over the past weeks trying to get this done," Fann said Dec. 28, 2020, in response to an angry email from a self-described "Patriot voter."

Fann added, "I have the full support of him and a personal call from President Trump thanking us for pushing to prove any fraud."

Giuliani led that Trump legal team that tried to overturn the election results.

The emails were obtained by a non-partisan ethics watchdog called American Oversight and shared with the media.

American Oversight has a court date scheduled for July 7 in a lawsuit against Fann and the State Senate seeking records of contacts with contractors for the partisan audit.

Contractors working on the Senate-sponsored partisan audit have told reporters that they are not allowed to speak to the media.

'You are mistaken. Biden won.'

Fann used different tactics in defusing emailers, depending on the person's point of view.

For a constituent "appalled" by a "fraudulent audit," the Senate leader is conciliatory: "This is where you are mistaken. Biden won."

But to a Republican upset that Fann was "pandering" to liberals, she confided that she was holding back: "Sometimes honey does better than vinegar when you want to get something done. The vinegar will come at the end."

It's not clear what Fann was referring to when she wrote "vinegar will come at the end."

The state Senate is not expected to return to work until Thursday, after a two-week hiatus.

The most visible piece of the partisan audit - a hand recount of the 2.1 million votes for president and the U.S. Senate in Maricopa County - is expected to be complete by the end of June.

An estimated half of all ballots have been counted.

Joe Biden was the first Democratic presidential nominee to win Maricopa County - home to six of every 10 Arizona voters - in 72 years. Former astronaut Mark Kelly's victory in the county in the U.S. Senate race gave Democrats control of both Arizona seats for the first time in 70 years.

Seven months after the November election, the audit won't overturn the results of the presidential or U.S. Senate votes in Arizona.

The 2020 election results have been certified under state law and supported by Maricopa County audits.

The Senate Republicans’ audit, led and funded by people who have promoted falsehoods that the election was stolen from Trump, has become a rallying point nationwide as the “first domino” that could fall in a far-fetched scheme to return Trump to office.

Professional auditors have raised questions about whether Arizona Senate Republicans' election review meets the standards of a legitimate audit.

Track all of our current updates with Arizona politics on our 12 News YouTube channel. Subscribe for updates on all of our new uploads.