Analysis | What did we learn from the first day of the House impeachment hearings? 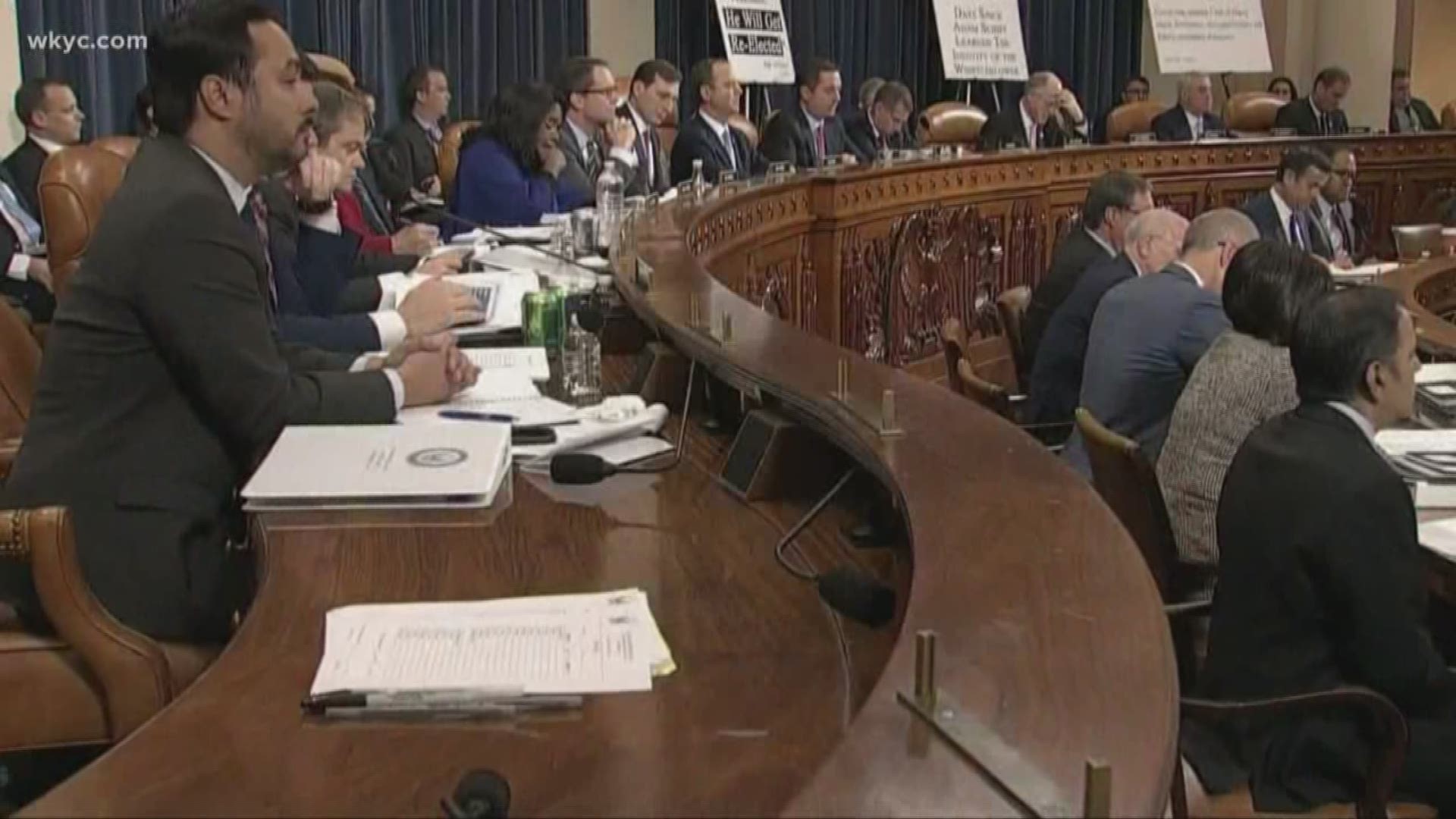 CLEVELAND — It was a historic day on Capitol Hill as the first public hearings of the impeachment inquiry into President Donald Trump began on Wednesday.

The witnesses were career diplomats who described back-channel dealings in Ukraine that may have benefitted the president politically.

The account they delivered was a striking though complicated one that Democrats say reveals a president abusing his office, and the power of American foreign policy, for personal political gain.

Republicans argue that the foundation of the investigation is politically motivated.

Career diplomat William Taylor, the charge d’affaires in Kyiv, offered new testimony that Trump was overheard asking on the phone about “the investigations” of Democrats that he wanted Ukraine to pursue that are central to the impeachment inquiry.

Trump said he was too busy to watch on Wednesday and denied having the phone call. “First I’ve heard of it,” he said when asked.

All day, the diplomats testified about how an ambassador was fired, the new Ukraine government was confused and they discovered an “irregular channel” -- a shadow U.S. foreign policy orchestrated by the president’s personal lawyer, Rudy Giuliani, that raised alarms in diplomatic and national security circles.

The hearing, playing out on live television and in the partisan silos of social media, provided the nation and the world a close-up look at the investigation.

For analysis of what we saw on Wednesday, we turned to former Ohio Lt. Governor and Attorney General Lee Fisher, "Now the public gets to hear the side of both the democrats and the republicans, all the witnesses, they get to be questioned by both parties and they hopefully can form a judgment," he says.

He also spoke with 3News' Russ Mitchell. You can see their conversation in the player above.