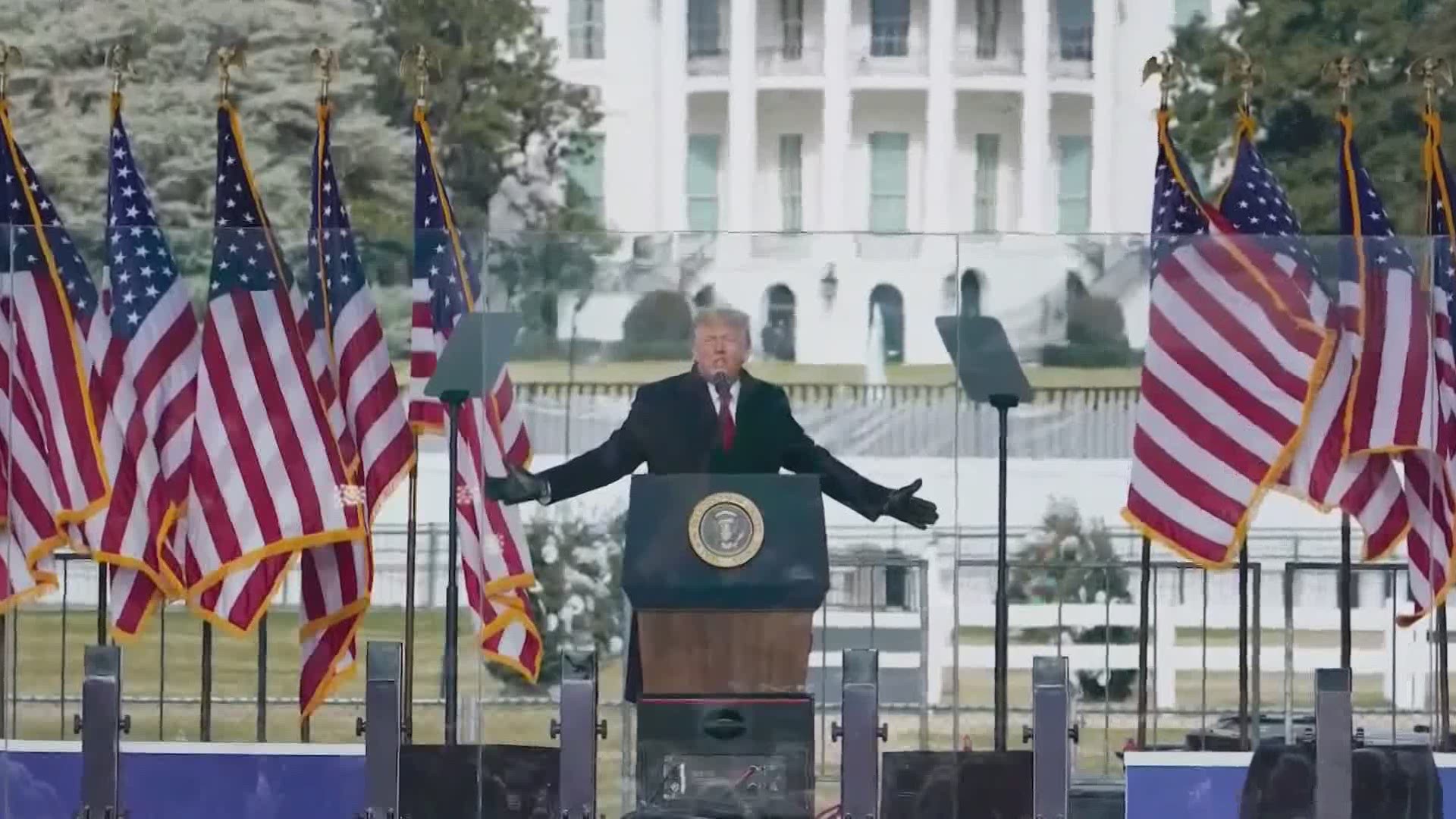 Six Senate Republicans broke from their party and voted with Democrats that the trial was constitutional, including Maine Sen. Susan Collins.

The six Republicans were:

According to NBC News correspondent Garrett Haake, after leaving the Senate chamber following the vote Collins said, "I thought it was very strange that the first attorney for the President did not make any arguments."

“I thought it was very strange that the first attorney for the President did not make any arguments,” @SenatorCollins told me as she left the chamber.

The trial is set to resume Wednesday at 12 p.m.

As the trial got underway in Washington Tuesday afternoon, King shared that while he has made clear his feelings that Trump “acted irresponsibly,” he takes his oath to “do impartial justice” seriously.

“In the days ahead, the Senate is about to embark on an unorthodox set of proceedings – this is the first impeachment case in American history where the jurors are also eyewitnesses to the alleged crime,” King said in a statement. “I’ve made clear that I feel the President acted irresponsibly in the weeks following the November election, but I have taken an oath to ‘do impartial justice according to the Constitution and laws.’ I will take this oath seriously, and intend to listen closely to the cases put forward by both parties in order to do my part to ensure that a fair, just decision is reached on the House’s article of impeachment. I wish that these proceedings weren’t necessary – but five Americans are dead, and hundreds of millions of dollars have been spent in the weeks since January 6th to quell further violence aimed at undermining our Constitutional system. To protect the values of self-government that have defined this nation since its founding, it is Congress’s duty to hear this case and reach a decision that upholds accountability.”

The House impeached Trump on Jan. 13 for inciting deadly riots at the U.S. Capitol on Jan. 6 when he told his supporters to “fight like hell” to overturn his election defeat.

Maine Democratic Rep. Chellie Pingree has been outspoken about Trump's involvement in the Jan. 6 insurrection. Pingree and fellow Maine Rep. Jared Golden, also a Democrat, voted to impeach Trump in the House. On Tuesday, Pingree tweeted, "There must be accountability."

On Jan 6, when Donald Trump gave the word to overturn our election by "strength" his followers had their marching orders. He incited a violent mob and the nation witnessed a domestic terrorist attack in real time. Five died, 100+ police were injured. There must be accountability. https://t.co/CNU6FiBZyU

The Senate will decide if Trump will be convicted of "incitement of insurrection.” House impeachment managers need a two-thirds vote in the Senate to formally convict Trump.

King backed the U.S. House of Representative’s impeachment effort but has said that because the Senate is the jury in the trial, he will not comment on whether he will vote to convict.

“I will say that his actions after the election particularly after about the first of December when it was absolutely clear what the outcome was, was profoundly damaging to our country—the most damaging activity on behalf of the U.S. president that I've ever seen,” King said during an interview last month with MSNBC's Andrea Mitchell. “He basically delegitimized the Democratic process. He misled millions and millions of people he then invited the mob to Washington.”

.@SenAngusKing: ".... The most damaging activity on behalf of the U.S. President that I've ever seen. He basically delegitimized the democratic process." (2/2) #AMRstaff

King continued to say there are two questions that need to be answered.

What intelligence did Trump have that morning or the day before as to the nature of the crowd, and what their proclivities were?

“If he knew in advance that this was a crowd that was prone toward violence and that they were planning to storm the capital ... It seems to me that makes his culpability even greater,” King said.

The second question King said needs answered is: What did he do that afternoon when it was going on?

“Did he in fact sit in the white house and just watch TV and think it was pretty cool, or was he deeply concerned and tried to shut down? Unfortunately, he didn't take any real action to try to shut it down until several hours into the melee at the Capitol.”

“It’s a very unusual situation where the jury are also witnesses to what went on,” he said.

That reason is also why Maine Republican Sen. Susan Collins says she will not comment on impeachment.

“[W]e won't have any further comment on impeachment because of the Senate's constitutional role in those proceedings, which includes sitting as a jury,” Collins’ Communications Director Annie Clark previously said in a statement.

Tuesday was the first day of arguments in the trial, which is expected to last around a week or more. Senators, sitting at their desks and in other locations around the chamber, listened to arguments from Trump’s lawyers that the trial is unconstitutional because Trump is no longer president. Democrats will dispute that claim, pointing to legal experts and historical precedent.

For a complete recap of Tuesday's proceedings, click here.

On Jan. 26, Collins was one of just five Republican senators who voted against a motion that would have declared the impeachment proceedings unconstitutional given that Trump is no longer in office.

Collins, who has been among only a handful of Republicans to outright denounce Trump's actions leading up to the violence, previously told NEWS CENTER Maine she voted against the motion out of concern for what it could mean for future presidents.

“If we dismiss this action based on a lack of jurisdiction, we would create a precedent under which a future president could avoid disqualification simply by waiting for the closing days of his term to engage in misconduct," Collins said in a statement.

The trial will resume Wednesday at 12 p.m.