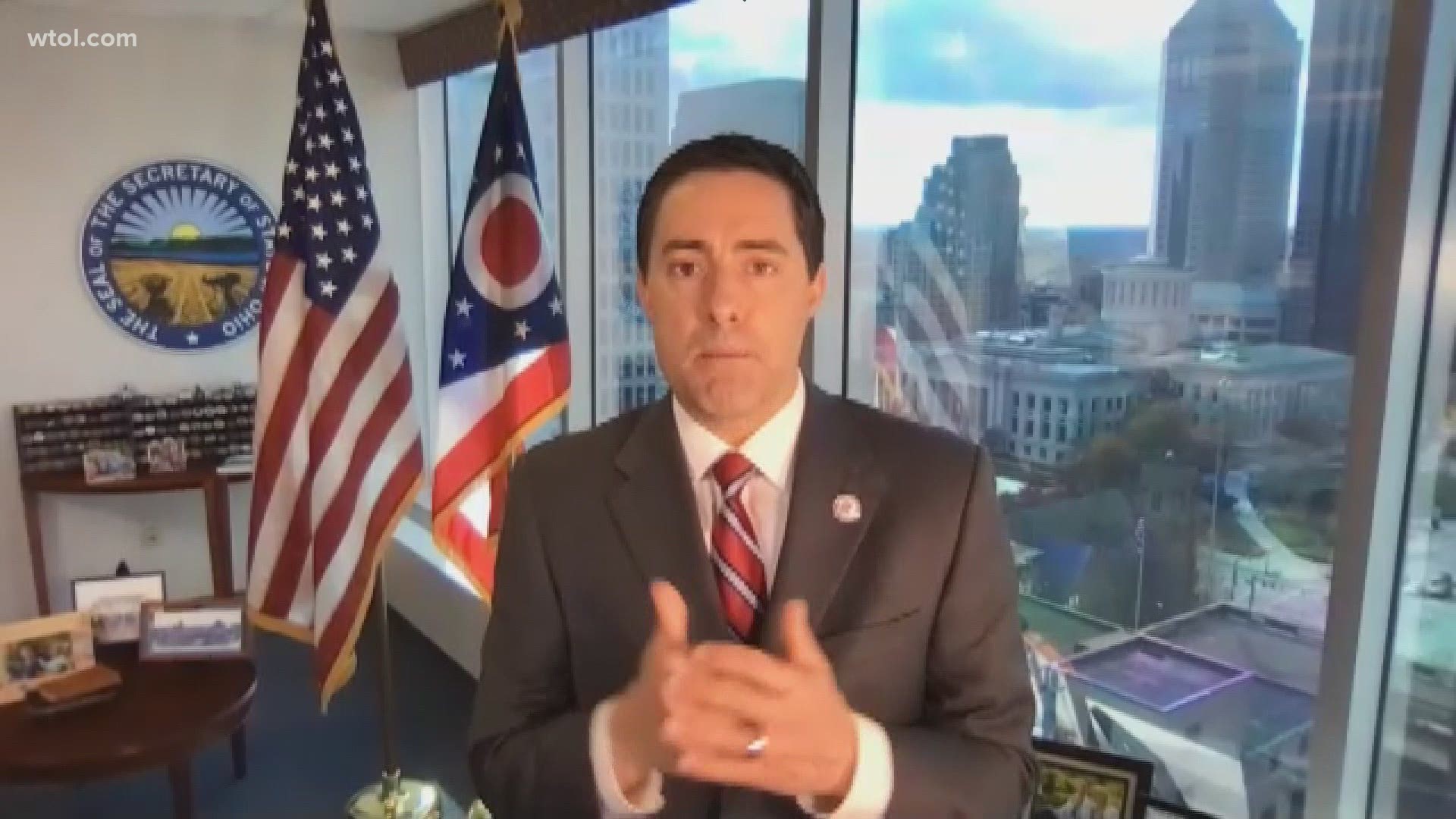 COLUMBUS, Ohio — Ohio's Secretary of State Frank LaRose certified the official results of the 2020 Presidential General Election on Friday morning and Ohio set several records with this election, even amid the COVID-19 pandemic.

The secretary’s signature marks the completion of the official canvass and certifies winners in the 2020 General Election.

In winning Ohio, Trump becomes the first presidential candidate to carry the Buckeye State but lose the general election since Richard Nixon won Ohio and lost to John F. Kennedy in 1960. Biden is currently projected to win the electoral college by a 306-232 margin.

Voter turnout for the state was 74% which is a record for any election in state history. The average for presidential elections since 2000 was 65%.

The results of the Ohio 2020 general election are officially certified!

Nearly 6 million Ohioans made their voice heard — a new record. See the results at https://t.co/Nf7ttR2hSI.

58.6% of all votes cast in the election were done early in-person or by absentee ballot. Four years ago, 33.5% cast their ballot in the same way.

There also was an all-time low number of rejected ballots, which, according to the SOS office, showed "efforts to educate voters and redesign absentee voting forms, instructions and envelopes worked."

LaRose said he made the prompt return of absentee ballots a key point in messaging throughout the course of the general election. There were only 84 ballots that were correctly postmarked by Nov. 2 but not received by the county board of elections within the legally required 10 days after the election.

By comparison, 317 ballots were returned late by the postal service in the primary election – in just one county.

Ohio saw an all-time low number of provisional ballots that had to be cast this year. LaRose's office attributes this to poll worker training and voter education combined with smart policies.

Data was collected by the Ohio Secretary of State’s office from the official canvass conducted and submitted by Ohio’s 88 county boards of elections. The secretary of state conducted a precinct-by-precinct review of the data prior to certification.

You can view Ohio's full election results on a county by county and precinct by precinct basis at the Secretary of State's website.