Former President Donald Trump will be in Dallas to speak at the conference on Sunday. 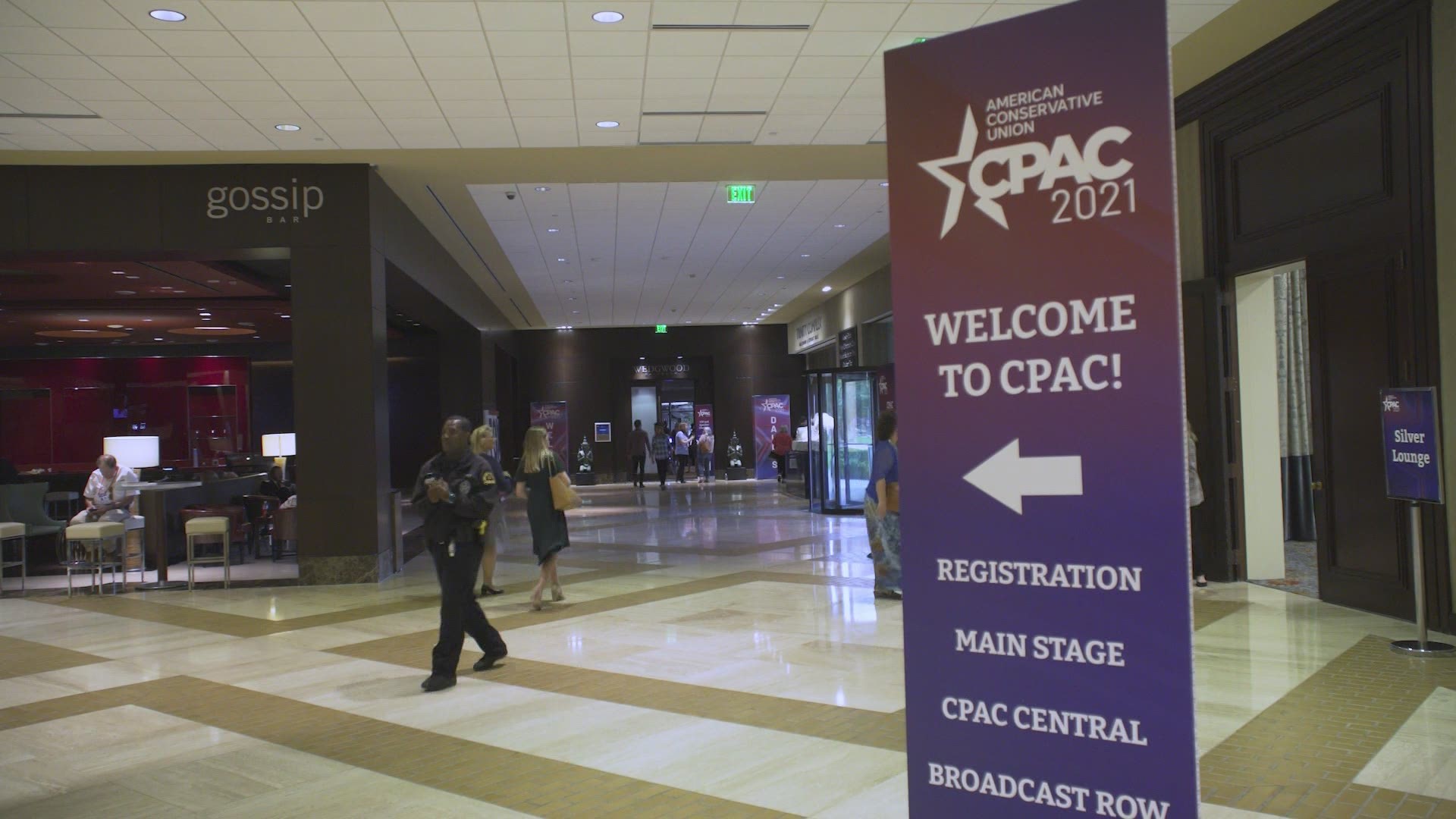 Conservatives from across the United States have gathered in Texas for CPAC 2021 -- the Conservative Political Action Conference. Leaders call it the largest and most influential gathering of conservatives in the world.

Former President Donald Trump will be in Dallas to speak at the conference on Sunday.

“It’s very encouraging to see a lot of different Conservatives. Even though our backgrounds are different, and our jobs are different, we still have something in common,” North Texas native Ellie Tradup said. "We’re passionate about the future of our nation and the way it’s currently going, it’s depressing.”

SMU Political Science Professor Matthew Wilson said the three-day event is about identifying goals while also working to get on the same page.

“I come to CPAC to get the tools that I need to be able to continue to share the conservative message and the conservative values,” Jackson said. “I understand we all have the same values, but many times we don’t all say the same thing the same way.”

The event will include many big name speakers. In addition to the former president, the guests will also hear from Donald Trump Jr., Texas Lieutenant Governor Dan Patrick, Attorney General Ken Paxton, several other Governors, elected leaders and more.

“It’s going to be a very long weekend but a very good weekend,” said Tradup.

The event is taking place at the Hilton Anatole in Dallas.