We are one week away from the first presidential debate in Cleveland. 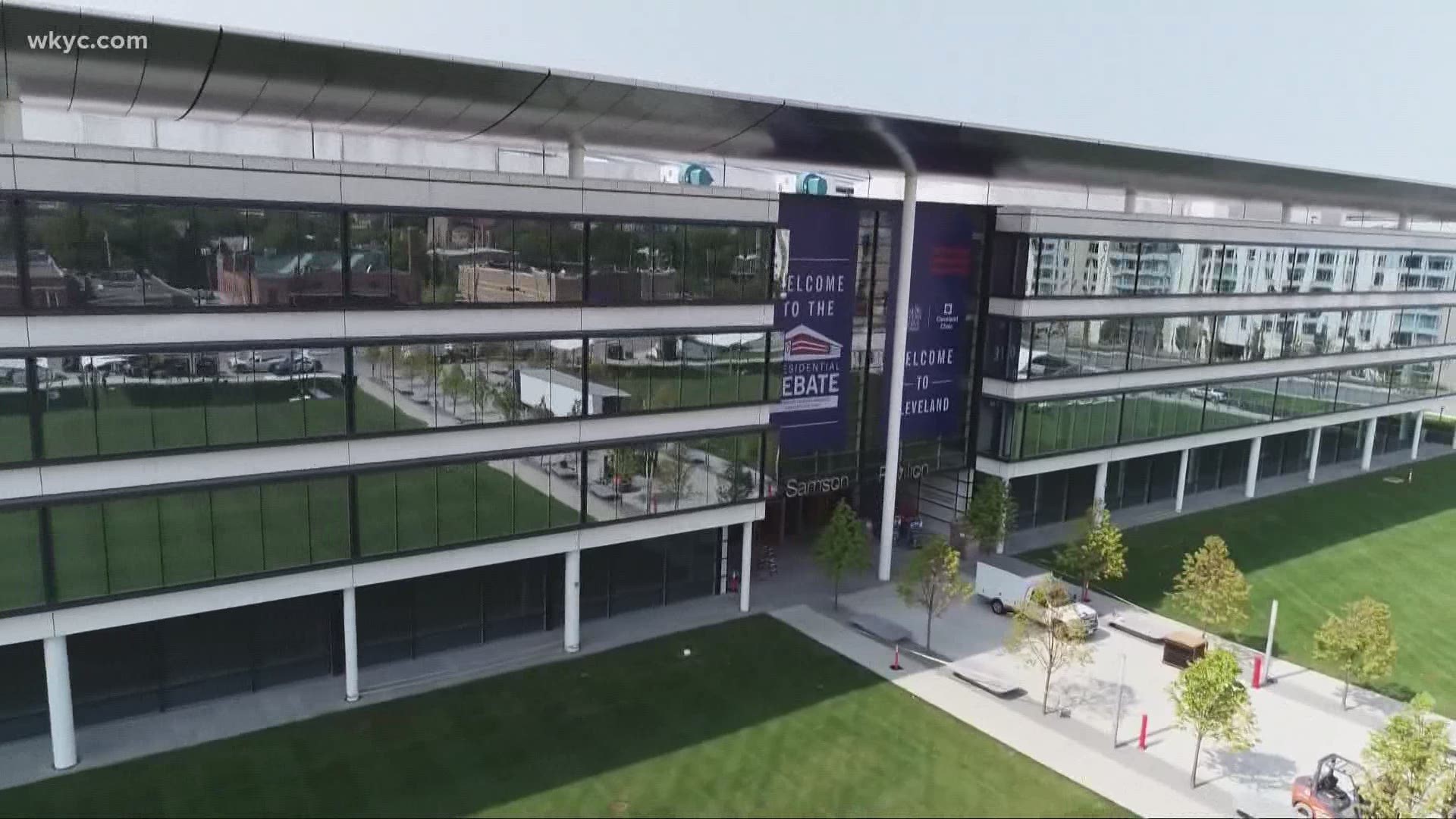 CLEVELAND — One week away from the first presidential debate in Cleveland, local residents and businesses are expressing concern over potential protests that the debate might bring.

Meanwhile, others see it as an opportunity for the city to shine.

"I'm proud that we get the opportunity to tell our story," said Cleveland Councilman Blaine Griffin, who oversees the city's ward 6, where the national spotlight will shine on the the Case Western Reserve University-Cleveland Clinic's Samson Pavilion. He anticipates that the faceoff between former Vice-President Joe Biden and incumbent President Donald Trump will draw protesters to his ward.

"We have been assured that our building will be protected," said Patricia Otter, CEO of United Cerebral Palsy of Greater Cleveland, which is located within the security perimeter of the debate. "But we are very worried about vandalism," she said. The center will temporarily close next week, which will delay services to 130 children and adults.

Part of that story includes the Fairfax neighborhood, where third and fourth generations of Clevelanders have called home. Nearby, there is the world-renowned Karamu House, the oldest black theater in the country. Also under the shadow of the Cleveland Clinic is the historic Hough neighborhood, where peeks of new construction are a sign of a comeback.

"I hope if protesters do come to town, that they come to recognize that these are the neighborhoods that they say they are fighting for," Griffin said.

However, he still plans to hold neighborhood meetings to educate residents on how to spot signs of trouble, like strangers fiddling with manhole covers, and loose heavy debris that could be used as projectiles. He's also urging all residents with home security cameras to record activity or connect with the county prosecutor's office, so that there are extra eyes watching for trouble.

Griffin is hopeful that protests will remain peaceful. "Right now, I think people are looking for solutions, that we're now going to hear ideas about some of the most complex and vexing issues of our time," he said.