'We need to break up the monopoly on political power in Columbus where the same crew has been in charge for 30 years.' 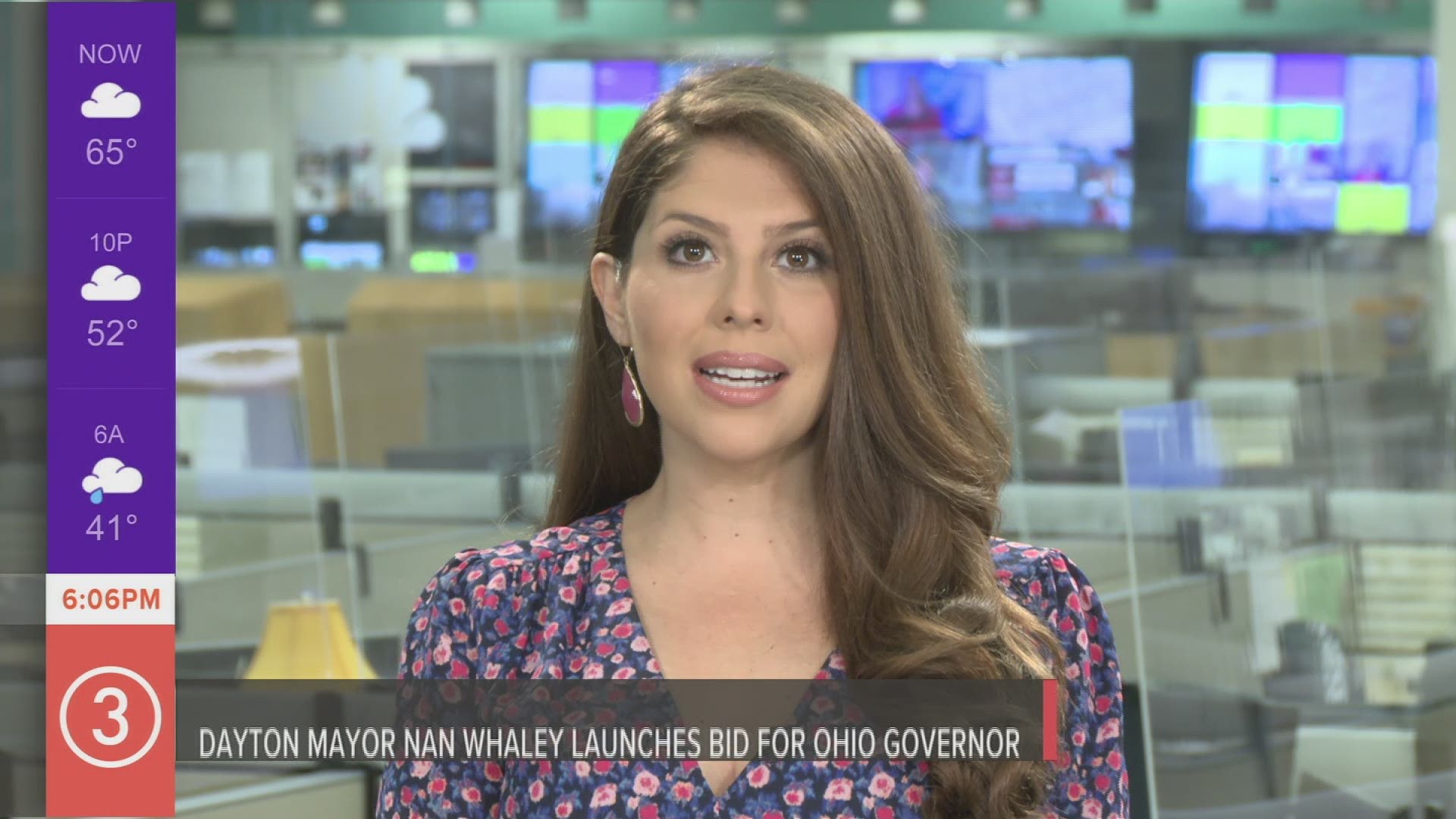 DAYTON, Ohio — Earlier this year, Dayton Mayor Nan Whaley announced she would not be running for re-election when her current term ends next year. Now, she’s revealing her campaign to be Ohio’s next governor.

“I’ve got a question for you: What does somebody from Dayton know about tough?” she asks in her campaign video, which was released Monday morning. “What can a town like this teach Ohio about strength? Well, more than most. You see, when you’ve been through what Dayton has -- factories out, opioids in, Mother Nature running wild, a gunman changing everything in 32 seconds -- it molds you, puts a little steel in your spine, makes you strong enough to stand up to the biggest bullies and fight for your own. The only way I got through it all is to be as tough as the people of Dayton and the people who raised me.”

The next governor’s race will be held Nov. 8, 2022. Whaley, a Democrat, previously ran for governor in 2017, but ultimately left the race to support Richard Cordray who lost to Gov. Mike DeWine in 2018.

“If we’re going to rebuild Ohio, give our kids the education we long promised but never delivered, where all you need is one good job to give your family everything you need, then we need to break up the monopoly on political power in Columbus where the same crew has been in charge for 30 years," her campaign video continued. "It’s time for a governor from the middle class, not another millionaire. It’s time for a mayor who has been on the front lines of Ohio’s toughest challenges. It’s time for a little bit of Dayton toughness in Columbus.”

Gov. DeWine has previously said he plans to run again in 2022.

Editor's note: Video in the player above was originally published on Jan. 25, 2021.