Ballots are already being safely collected. 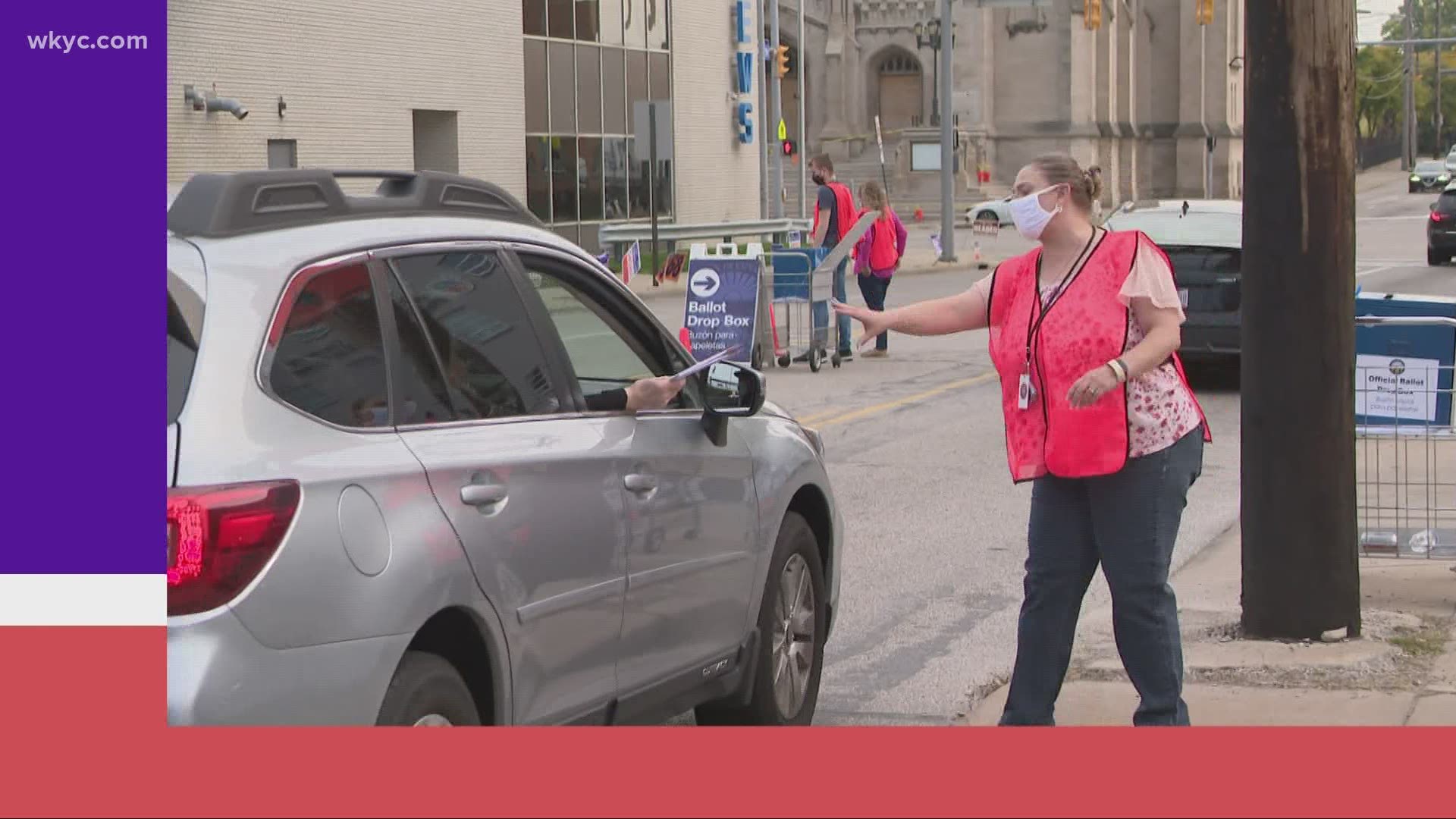 CLEVELAND — This year marks an unprecedented election where nearly 70 million Americans are expected to vote by mail.

That is more than twice the number than in 2016.

At the Cuyahoga County Board of Elections on Saturday, there was a line of cars to use the drive-up ballot box.

Ohio’s Republican Secretary of State says it is very safe to use.

Democrat Rebecca Maurer is part of an effort called “The Amazing Ballot Race.”

This weekend, she was canvassing neighborhoods urging people to send in their ballots ASAP.

“So that they can be scanned in by the Board of Elections and ready to be counted on election night, or in case there are any issues, they can be flagged early,” Maurer said.

The result from absentee ballots could perhaps prompt a so-called “blue shift.”

OSU Law Professor Ned Foley says studies show more Democrats vote absentee, that those ballots often take longer to count, and that they can still alter outcomes even after all in-person votes are counted on election night.

“Nothing wrong, nothing nefarious,” Foley said.

It is why on Election Night, Secretary LaRose will announce the number of absentee ballots cast and how many remain uncounted.

Election officials stress in-person voting is also safe, and that health will be a top priority.

“We want to make sure everyone knows that it’s very safe to go and vote on Election Day if that’s the method they choose,” Mike West with the Cuyahoga County Board of Elections said.

READ: VOTER GUIDE | Everything you need to know about Ohio's 2020 election from important dates to finding your polling place