No Republican has won the White House without carrying Ohio since the advent of the modern two-party system, and no Democrat has since 1960. 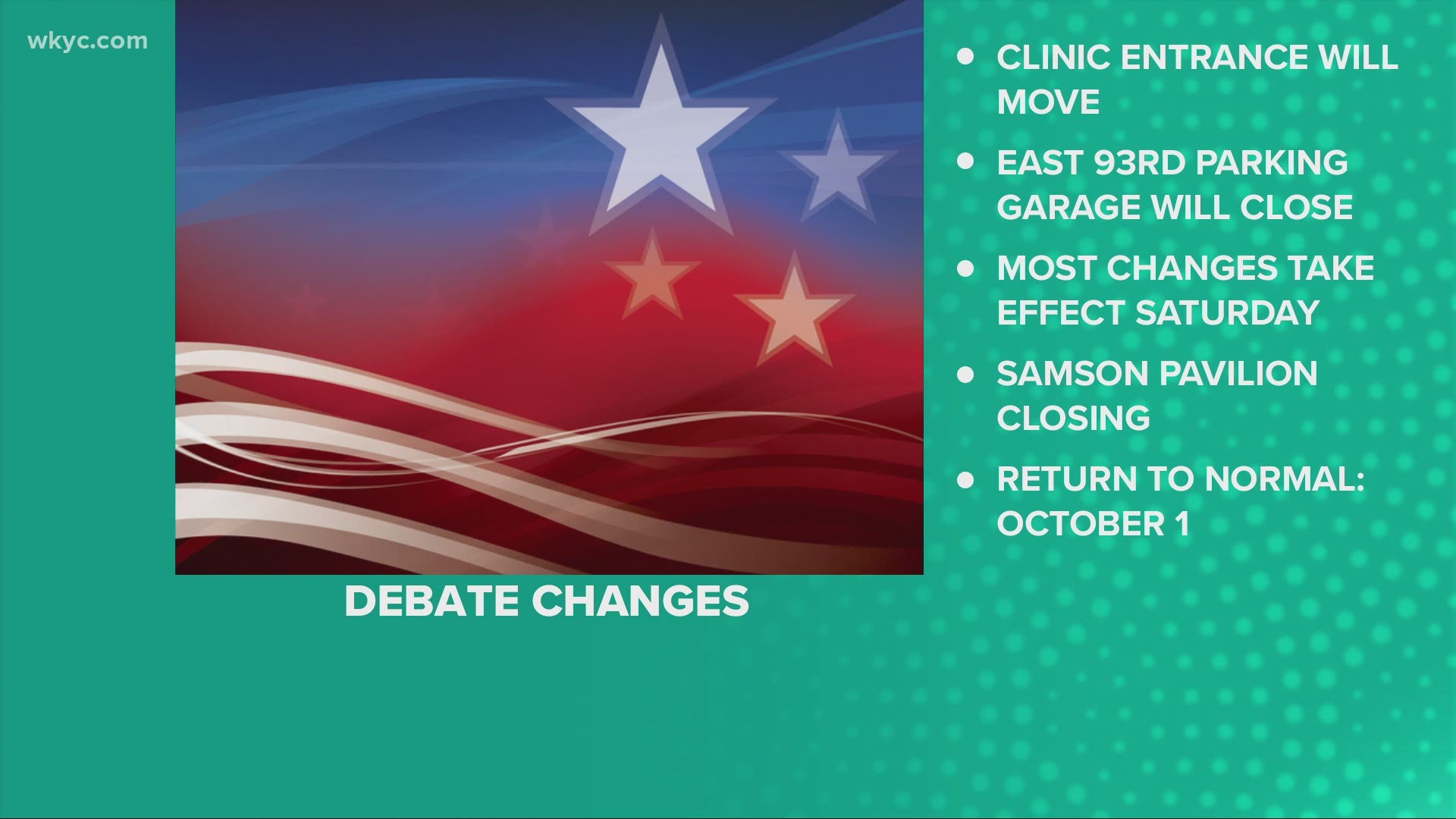 CLEVELAND — With just eight days to go until they square off in the first of three presidential debates in Cleveland, President Trump and former Vice President Biden have put Ohio back in the nation's spotlight heading into November's election.

President Trump is making a pair of stops in the Buckeye State on Monday, starting with a visit to Dayton before heading to a rally at the Toledo Express Airport.

RELATED: Trump's Toledo airport rally | Live blog of what's going on ahead of the president's arrival

Even before the president set foot in Ohio, Biden put out the following statement:

"President Trump has failed Ohio. From a bungled pandemic response that has cost jobs and lives, to openly calling for a boycott of Goodyear, to abandoning workers in Lordstown whose jobs he promised to protect — Trump has broken promise after promise and turned his back on the Buckeye State at a moment when we are in desperate need of real leadership.

Ohio deserves a leader in the White House who will fight for workers and families — not just corporations and the super wealthy. As president, I’ll ensure that we not only recover from this crisis and end this pandemic, but that we support the small businesses that fuel our economy and create millions of good-paying jobs. There’s nothing Americans can’t do if given half a chance — and as president, I will help bring this country together so we can build back better than ever before."

President Trump's campaign stops in Dayton and Toledo come as Republican lawmakers and strategists in Ohio say they are seeing research that shows a near-uniform drop in support from his 2016 totals across every suburban region of the state.

They say that Trump, who won Ohio by 8 percentage points in 2016, maintains a yawning advantage in more rural areas and small towns. Still, Republicans are concerned that if he is losing badly in suburban areas in Ohio, it is a signal that Trump’s hold on other states in the industrial heartland that delivered him the presidency may be in peril.

Trump has slipped in suburbs to the east and west of Cleveland, where he narrowly edged Democratic nominee Hillary Clinton in 2016, they say. In the blue-collar suburbs of Youngstown, where Trump won by double digits, the same appears to be true.

Ohio has long been a bellwether. No Republican has won the White House without carrying the state since the advent of the modern two-party system, and no Democrat has since 1960.

Meanwhile, Biden has not announced any plans to make a campaign stop in Ohio before next week's debate. According to The Hill, Biden leads by 2.4 points in the RealClearPolitics average of polls in Ohio.

“Biden hasn’t spent big here in comparison to Trump and despite that, we’re still tied, so that tells you Ohio is ready to go blue,” Ohio Democratic Party chair David Pepper told The Hill. “A good, hard closing pitch here, with visits and television ads all over the state could clinch Ohio for Biden.”

Trump and Biden will square off at the Health Education Campus (HEC) of Case Western Reserve University and Cleveland Clinic on Tuesday, Sept. 29, inside the Sheila and Eric Samson Pavilion.

The debate will be 90 minutes long, airing from 9 p.m. to 10:30 p.m. The event will consist of six 15 minute segments. Fox News anchor Chris Wallace will serve as the debate's moderator.