The former Lakewood councilman and member of the Ohio House is part of a crowded field of candidates to replace Marcia Fudge. 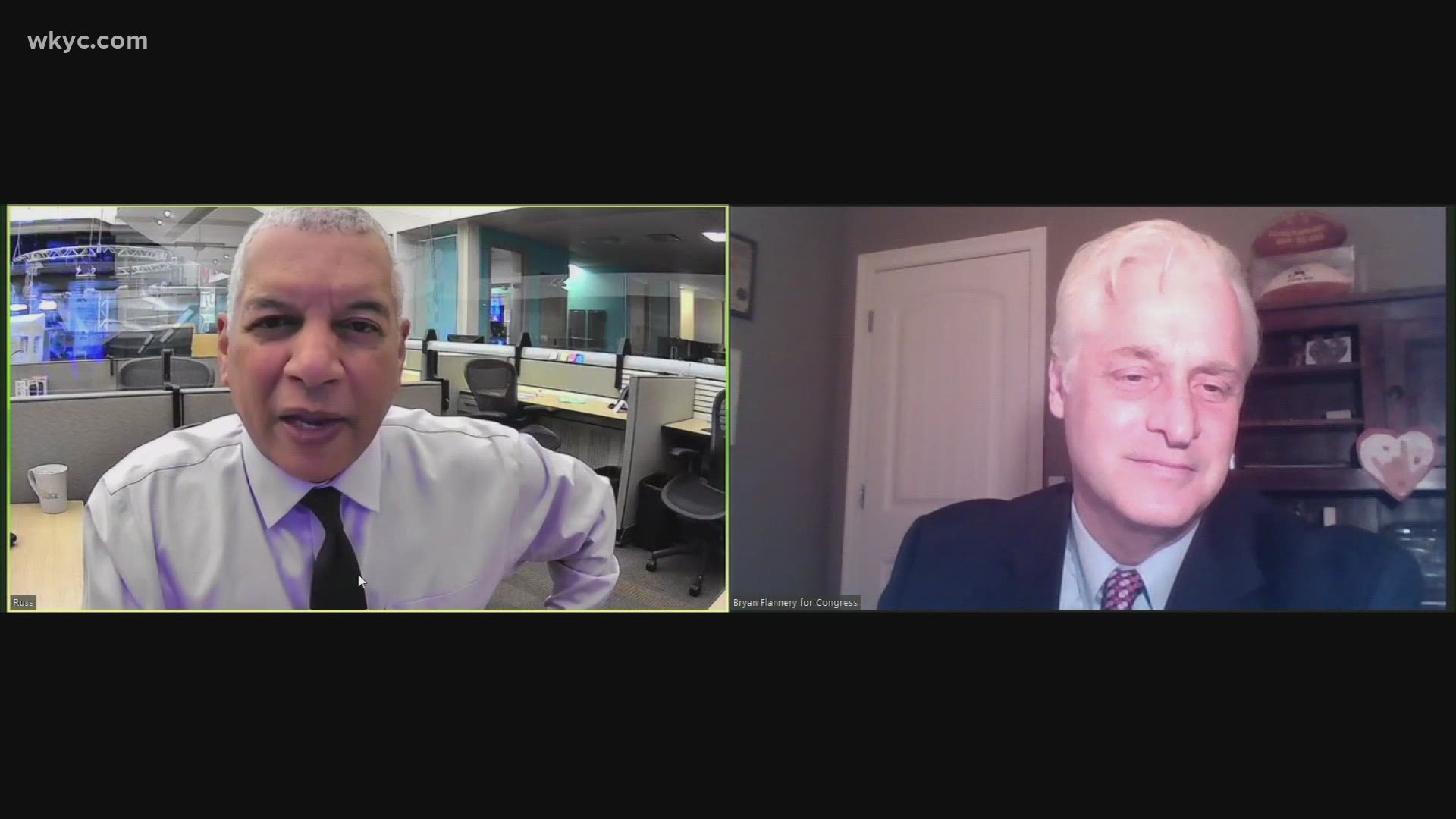 CLEVELAND — With the confirmation of Marcia Fudge as Secretary of Housing and Urban Development last month, the race for her former seat representing Ohio's 11th Congressional District is heating up.

3News is continuing our series called "Meet the Candidates." Over the next few weeks, you'll hear from all the hopefuls in the race in interviews with 3News anchor and managing editor Russ Mitchell.

Former State Representative Bryan Flannery of Bath Township in Summit County has openly acknowledged what he describes as the “elephant in the room” – that he is the only white candidate running in a district with a long and rich history of being represented by African Americans.

He joins six other candidates interested in the seat, all of whom are Black.

A former Lakewood councilman, Flannery said he hopes voters judge him for his ideas, not the color of his skin. He said he can also best work with the Biden administration, a message meant to win traditional Democratic Party support.

Russ is beginning his first round of questions for Flannery and all of the candidates with a basic but important question: Why do you want to represent Ohio's 11th Congressional District?

"This district desperately needs leadership that's going to address the issues we're facing," Flannery said. "Our economy is in a recession and we're coming out of a pandemic, something we haven't seen in a hundred years. And we need people to step up and join 'Team Biden' to make sure we deliver those resources from Washington D.C. to back here in the district and show everyone in the country how to do it the right way."

Past "Meet the Candidates" stories: