Shabazz says he will be a leading advocate for reparations for the descendents of slaves if elected to the U.S. House of Representatives. 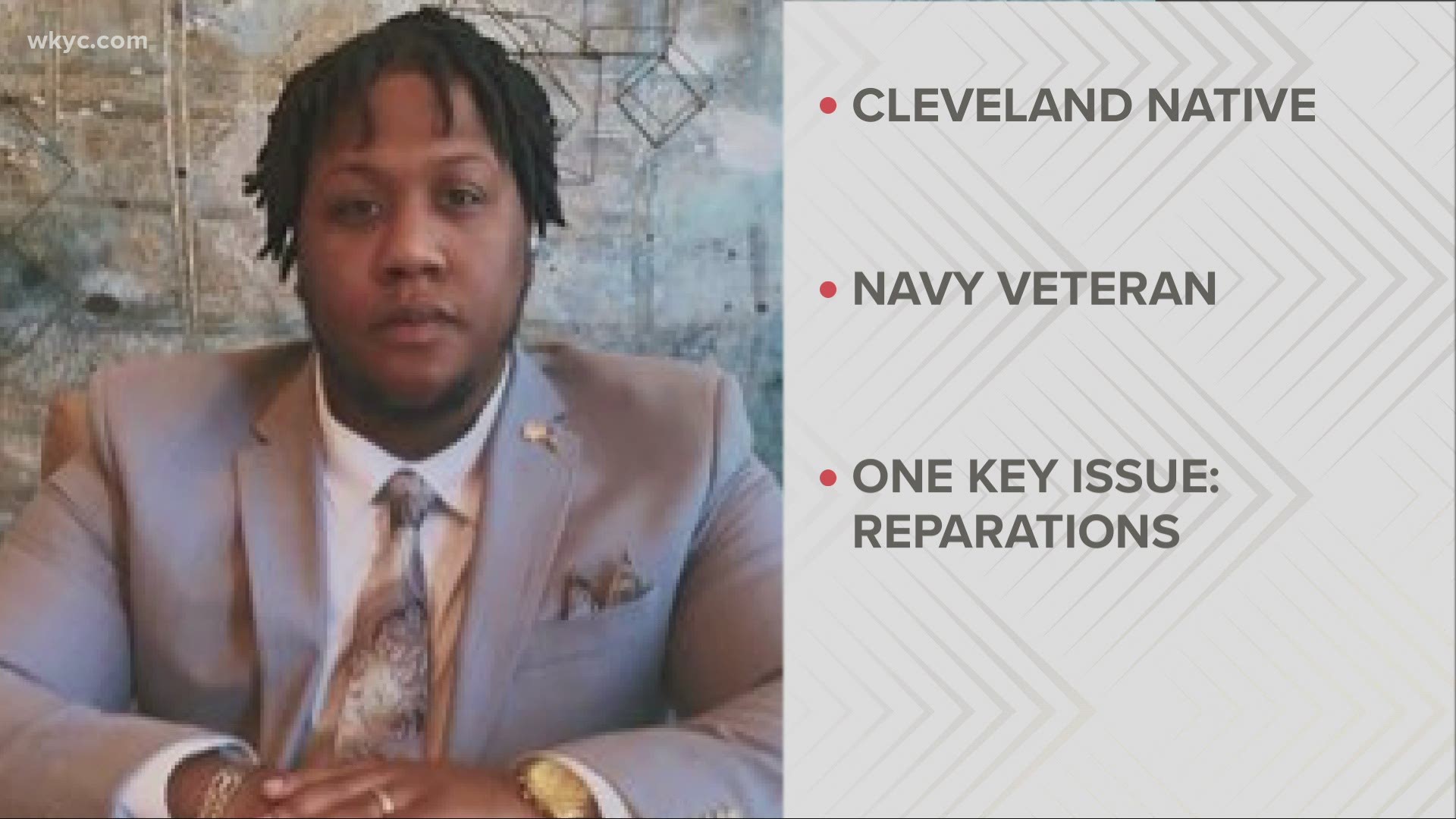 CLEVELAND — With the confirmation of Marcia Fudge as Secretary of Housing and Urban Development last month, the race for her former seat representing Ohio's 11th Congressional District is heating up.

3News is continuing our series called "Meet the Candidates." Over the next few weeks, you'll hear from all the hopefuls in the race in interviews with 3News anchor and managing editor Russ Mitchell.

Cleveland native Tariq Shabazz is a veteran of the United States Navy, where he was awarded 2 medals for achievement. The 27-year-old Shabazz says one issue he will fight for is reparations for decendents of slaves. He also supports and will advocate for Medicare for All.

Russ is beginning his first round of questions for Shabazz and all of the candidates with a basic but important question: Why do you want to represent Ohio's 11th Congressional District?

"Number one, I have a shared life experience with what so many people are going through in this district. When I was a young kid, my next-door neighbor was murdered in my backyard. So I understand what so many are going through. I want people to know that I'm fighting for you and your voices will be amplified on Capitol Hill," he said.

More from Meet the Candidates with Russ Mitchell: