However, he mentioned several other issues as well, & stated Catholics must vote with a 'well-informed conscience.' 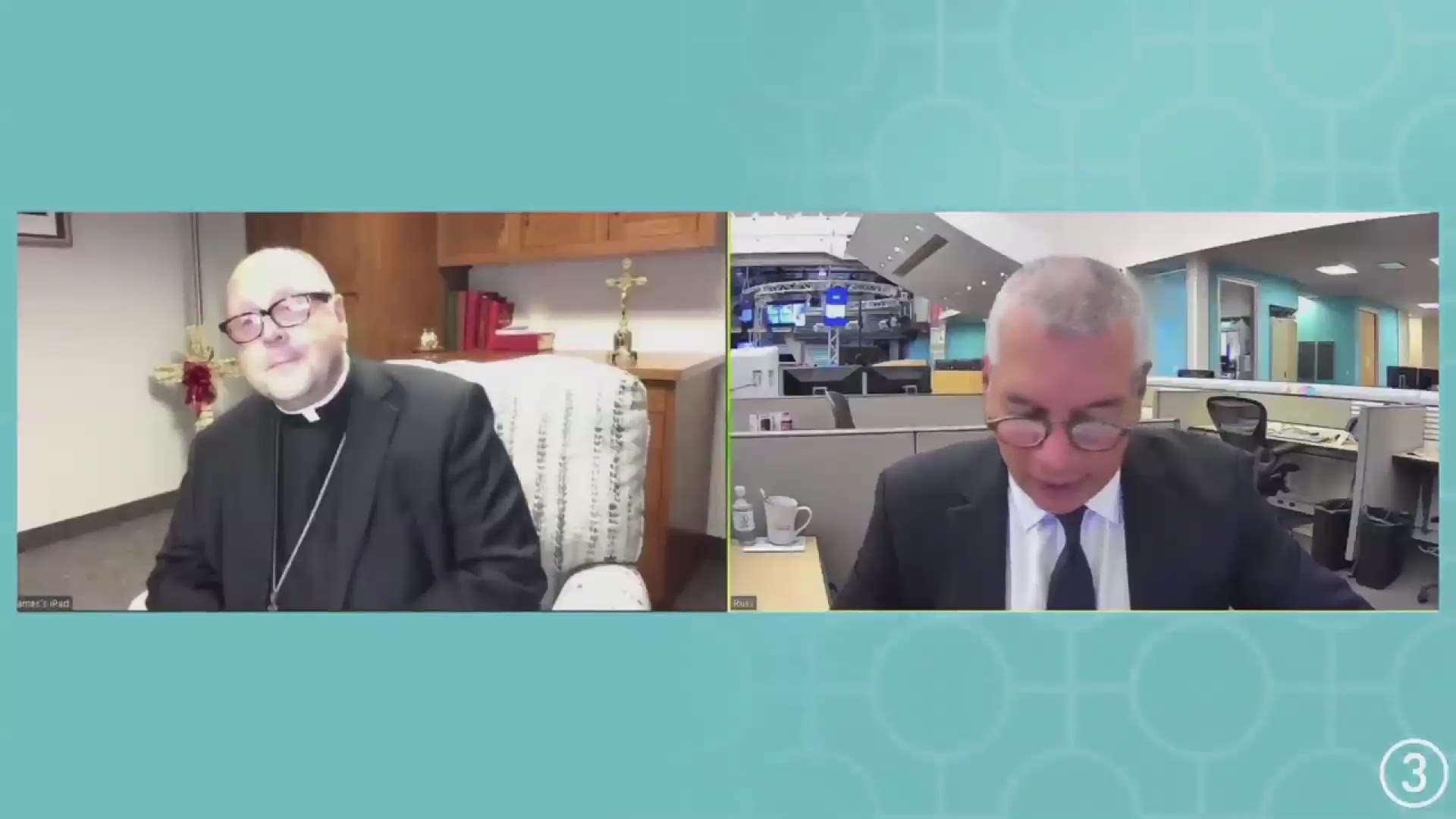 CLEVELAND — Just over a month from now, Northeast Ohioans and Americans will head to the polls to cast their ballots for president and scores of other important races. The nation's tens of millions of Roman Catholics will certainly be no exception.

Catholics make up more than 20% of the U.S. population, and have therefore emerged as an important voting block every four years when the White House is at stake. Once a Democratic stronghold, the group has often swung for Republicans in recent campaigns, including 2016 when now-President Donald Trump carried the block by seven points over Hillary Clinton.

Members of the church often struggle with how to vote based on their faith, as no candidate ever truly supports the entirety of church doctrine. However, while not endorsing either candidate, new Bishop of Cleveland Edward Malesic had made known what he believes to be the "paramount" issue of this campaign: Abortion, or specifically the church's opposition to it.

"Our bishops have said, and I agree with them, that 'the threat of abortion remains our preeminent priority because it directly attacks life itself, because it takes place within the sanctuary of the family and because of the number of lives destroyed,'" Malesic wrote in a letter to the faithful released Wednesday. "The consistent teaching of the Church regarding the intrinsic evil of abortion seeks to secure all other rights as well."

Malesic did admit the Catholic Church is not a "single-issue" group, but stated other important issues "flow from and are rooted in the fundamental right to life itself." He also quoted the late Pope John Paul II (now a saint in the church), who once said, "Above all, the common outcry, which is justly made on behalf of human rights...is false and illusory if the right to life, the most basic and fundamental right and the condition for all other personal rights, is not defended with maximum determination."

On the surface, Malesic's letter appears to be a call to vote for Trump, as his administration has vocally made known its desire to make abortion illegal nationwide. This is in contrast with Democratic nominee (and practicing Catholic) Joe Biden, who is personally opposed to abortion but wants to protect a woman's right to have one.

But while giving special attention to abortion, Malesic also noted other issues Catholics should closely consider, such as access to health care, fixing our "broken" immigration system, aiding refugees, and protecting the environment. These issues, it would seem, would direct a candidate more toward's Biden, and in the end, Malesic wants those in the church to vote with their conscience.

"A properly formed conscience comes through prayer, Scripture and studying the teaching of the Church that is promoted and protected by the apostles and their successors, the bishops," he wrote. "This well-formed conscience seeks to understand the truth and allows itself to be guided by the Holy Spirit. A well-formed conscience is devoted to doing God’s will more than it is to supporting any particular political party."

This echoes what Malesic told 3News' Russ Mitchell in an interview following his installation as bishop last month. During his first Mass at the Cathedral of St. John the Evangelist, Malesic spoke vocally about the right to life, but reiterated that he was not endorsing a candidate or forcing the faithful to vote one way or the other.

Although some conservatives both inside and outside of the church have claimed it would be a "sin" to vote for a pro-choice candidate such as Biden, the church itself does not teach that, for (as mentioned above) it is extremely rare that any major candidate would fully support Catholic doctrine. To that end, then-Cardinal Joseph Ratzinger (later Pope Benedict XVI) wrote in 2004 that, "There may be times when a Catholic who rejects a candidate’s unacceptable position even on policies promoting an intrinsically evil act may reasonably decide to vote for that candidate for other morally grave reasons." Whatever that means, he wrote decades earlier, would again be up to the individual's own conscience.

"I humbly ask that you take my thoughts into consideration as you prepare to cast your ballot in the near future," Bishop Malesic wrote. "I will pray for you and ask that you pray for me as we make our choice of civil leadership, hopefully with well-formed consciences."