'The most critical election of our lifetimes': Justin Bibb and Kevin Kelley square off in City Club of Cleveland debate ahead of mayoral election

Kevin Kelley and Justin Bibb debated for 90 minutes on Monday evening as the countdown to Election Day continues. 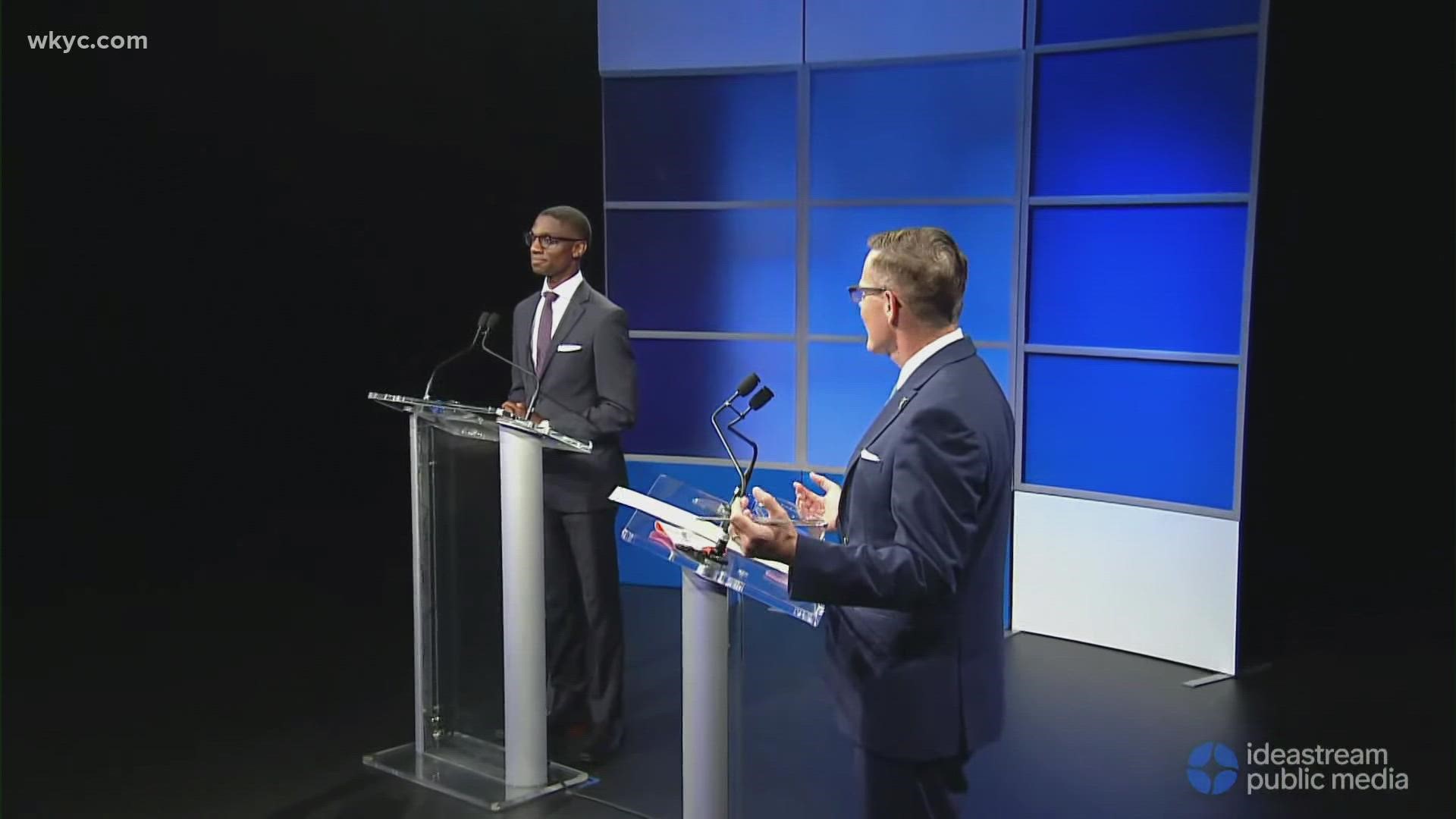 Once again, police reform and crime prevention was a huge theme of the debate as Kelley and Bibb discussed their opposing views on Issue 24. The proposed amendment to the city’s charter would shift oversight of the police department – including policy and discipline of officers - to a civilian-led board and commission.

"Issue 24 would make our neighborhoods less safe," Kelley said during Monday's debate. "Issue 24 would result in hundreds of officers leaving the job. We cannot be naive."

"Naive" was the same word that current Cleveland Mayor Frank Jackson used for Bibb last week when asked what advice he would give his successor about dealing with homicides and gun violence in the city.

"Don't be naive. It's just that simple. This is serious business. Being academic and theoretical about this does not work. And if you want to tie the hands of police, then good luck brother," Jackson said.

Bibb struck back at Kelley's characterization of him as naive during a discussion about the Cleveland Guardians lease deal at Progressive Field.

"If you're running for mayor of Cleveland, you should know how government works. At least a little bit," Kelley told Bibb.

Kelley referred to November 2 as "the most critical election of our lifetimes," adding that Clevelanders can have "rhetoric or results" and "platitudes or progress. Bibb believes the coming election is "the most important in Cleveland's history" and a question of "who do you trust?"

The debate was moderated by Nick Castele, senior reporter/producer at Ideastream Public Media and featured the following panelists:

Additionally, the candidates also fielded questions from members of the Cleveland community focusing on issues including economic development, infrastructure and the role of the arts.

You can watch Monday's mayoral debate in the player below:

Bibb, a nonprofit executive, and Kelley, the current Cleveland City Council president, each advanced to Cleveland's mayoral election by placing in the top two of a crowded field during the race's primary on Sept. 14. They are each vying to succeed Cleveland Mayor Frank G. Jackson, who opted not to seek re-election after a record four terms in office.

Recently, Bibb and Kelley took part in a town hall moderated by 3News' Mark Naymik in which the two candidates debated the city's response to the COVID-19 pandemic and answered questions regarding the spending of federal pandemic funds, closing the digital divide, access to vaccinations and other health services amid COVID-19.