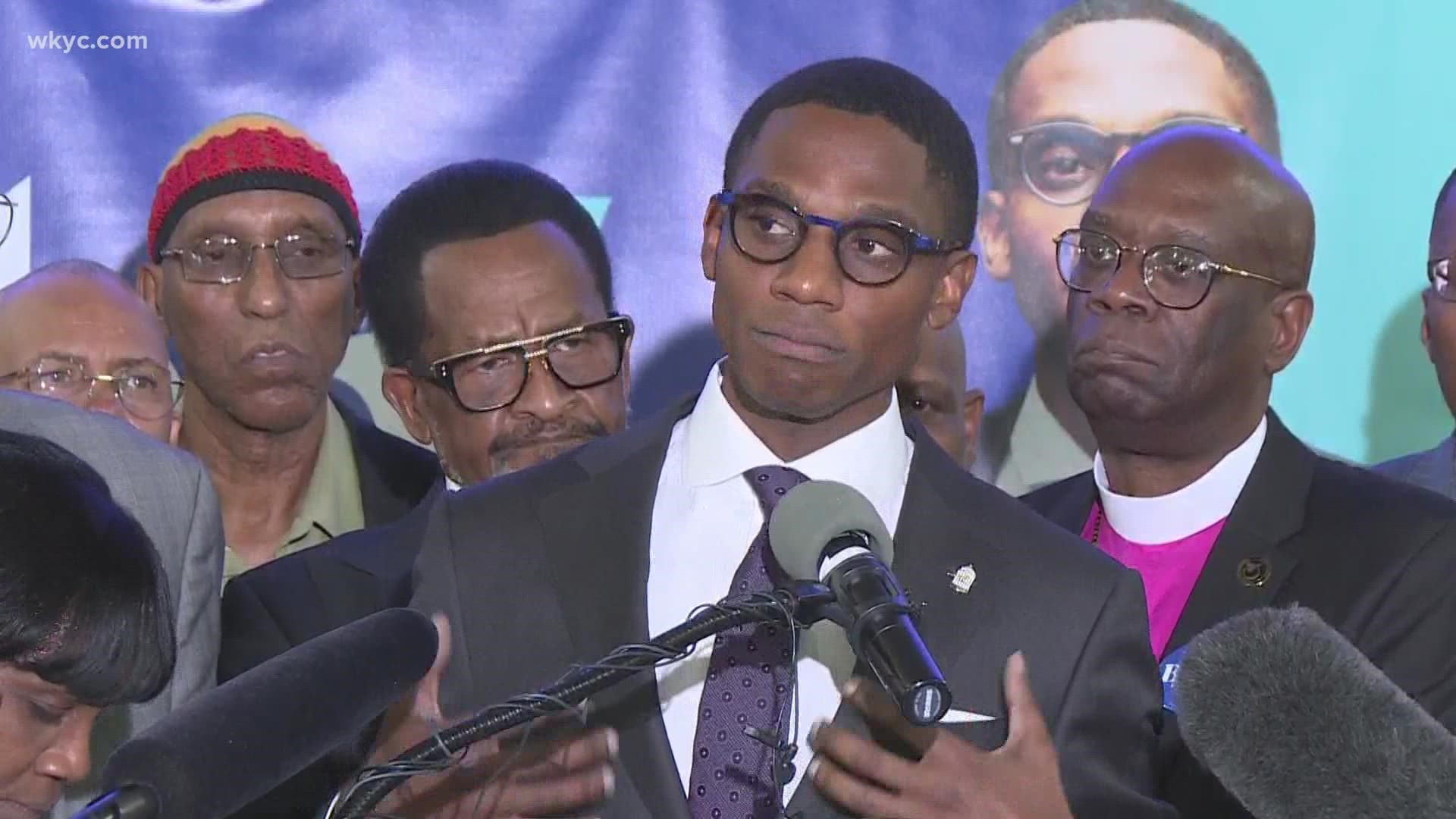 CLEVELAND — It didn't take long for Justin Bibb to start looking ahead after his election as Cleveland mayor on Tuesday.

During his victory speech at Olivet Institutional Baptist Church, the 34-year-old Bibb made it clear that he will be busy prior to his inauguration in January.

"Tonight we will celebrate. And tomorrow, we're going to roll up our sleeves and do the hard work of moving our city forward in a better direction," Bibb told his supporters. He specifically mentioned Cleveland's place as the poorest big city in America, as well as the worst city in America for Black women.

Reaching out to the community, Bibb stated that "not one mayor can solve these problems in isolation. It's going to take a people-powered movement to change our city. When I take that oath in January, I'm not taking that oath by myself. We the people are taking that oath together."

Bibb, formerly a nonprofit executive, easily beat Cleveland City Council President Kevin Kelley by just under 15,000 votes (a percentage margin of 63%-37%). He will succeed Frank G. Jackson, who has held the office of mayor of Cleveland for 16 years. He will also be the second youngest mayor in the city's history behind Dennis Kucinich, who was just 33 when he took office in 1978.

At the close of his remarks, Bibb spoke of some of the top priorities for his new administration.

"Come tomorrow, we make sure we get to work on making sure we have real police accountability. We're going to show the nation we can have good, smart law enforcement, but also respect the rights of our residents," he said. "Tomorrow, we get to work on building a more modern and responsive city hall. We will finally fix our website and bring it into 2021."

You can watch Justin Bibb's victory speech in the player below: