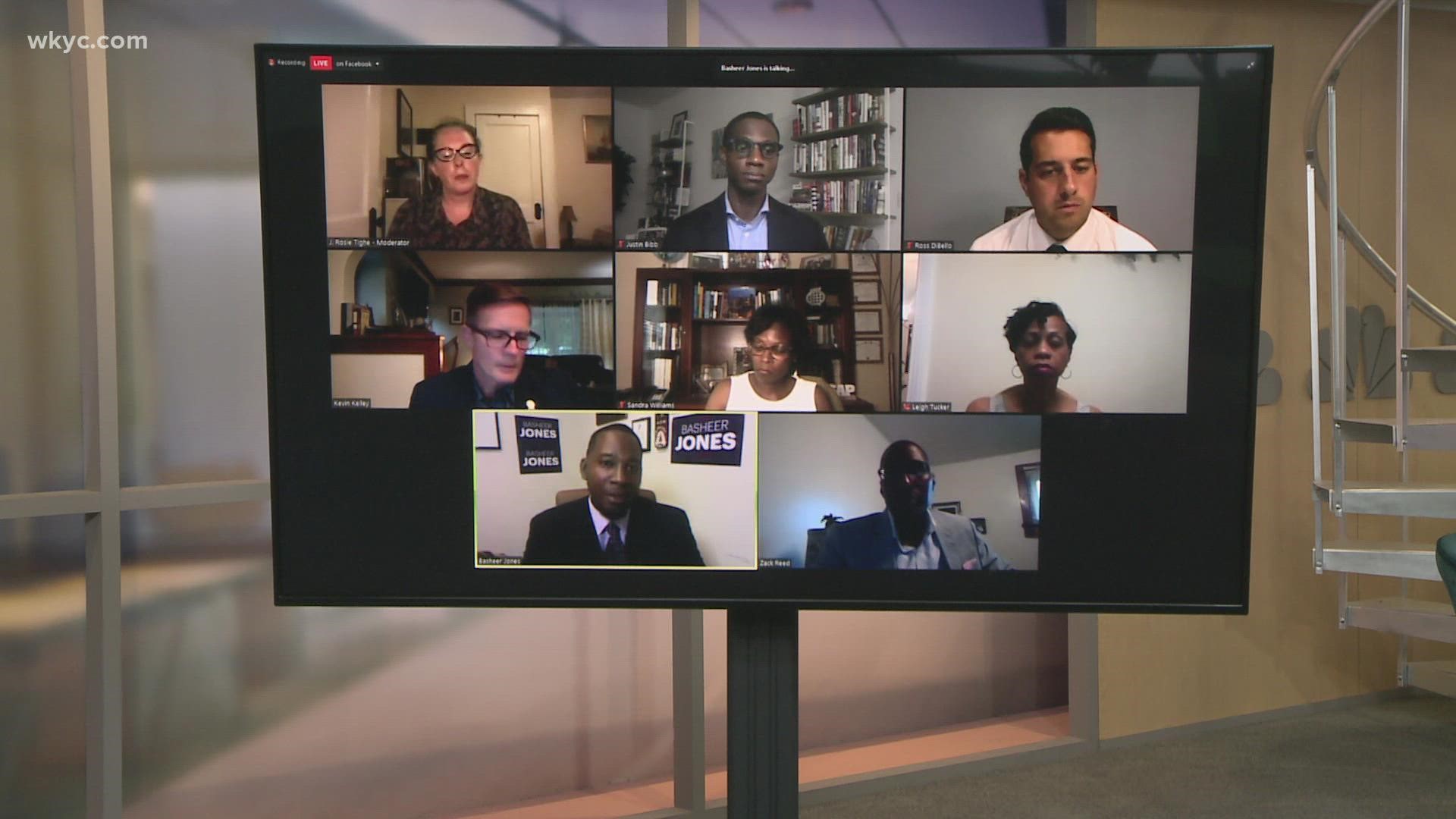 CLEVELAND — For the second straight Tuesday, Cleveland's mayoral candidates met in a debate co-hosted by The City Club of Cleveland and Ideastream Public Media.

The Tuesday night debate, held at the Westfield Studio Theatre inside the Idea Center in Playhouse Square, focused on education, jobs, the economy, environmental issues and transportation. Questions came directly from voters.

All seven candidates seeking to replace Frank Jackson as mayor of Cleveland participated in the debate and let their opinions and ideas be known.

You can watch this week's debate in the player below: