The two met at Brewnuts in Gordon Square. 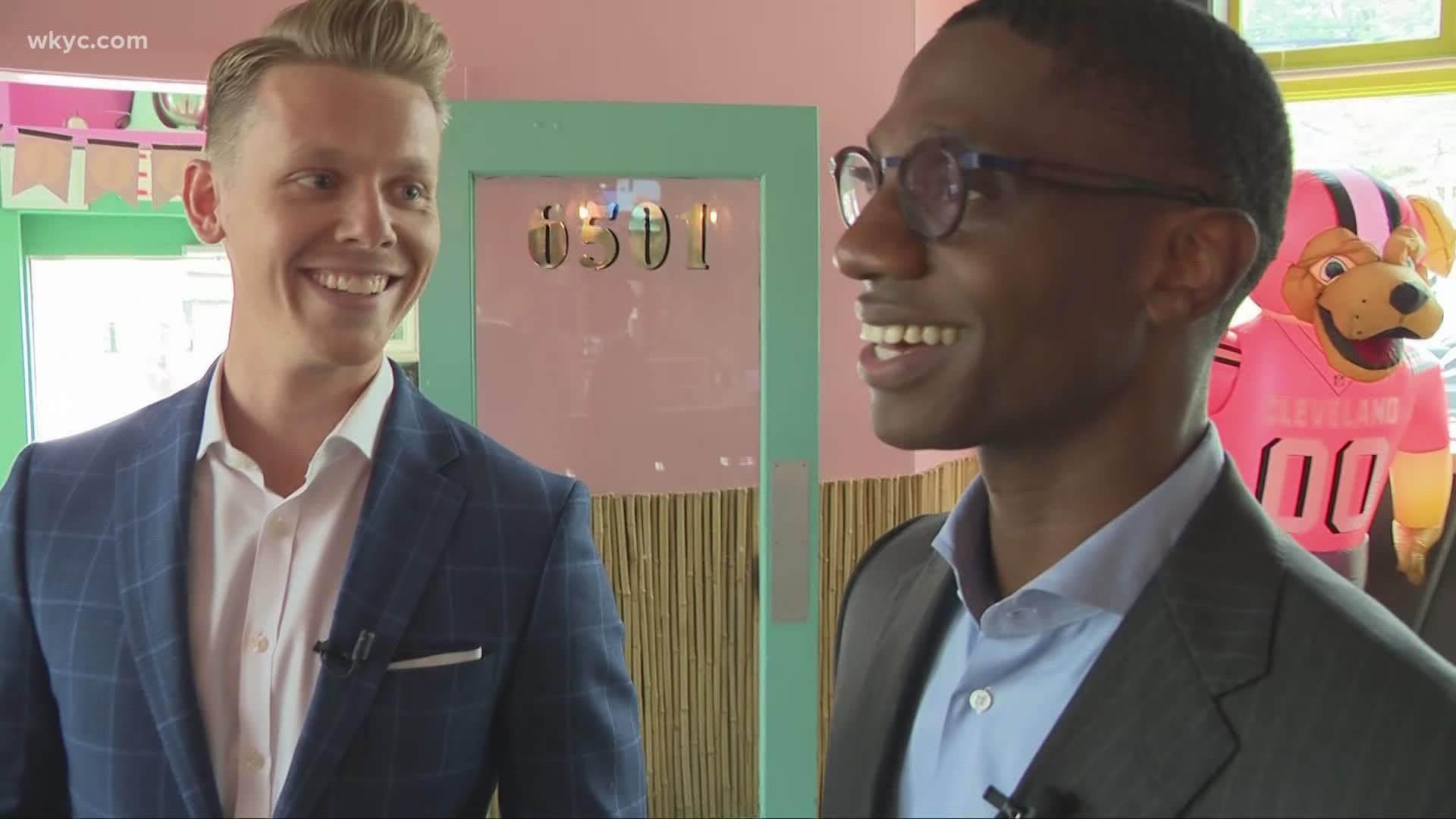 CLEVELAND — The Cleveland Mayoral election between Kevin Kelley and Justin Bibb is just two weeks away, so 3News' Austin Love sat down with both of the remaining candidates for a personal conversation to see how Cleveland would look under their leadership.

Business and nonprofit executive Justin Bibb took Austin to one of both of their favorite spots: Brewnuts in Gordon Square. Here is a partial transcript of their conversation.

Austin: "How has Cleveland shaped you as a mayoral candidate?"

Bibb: "The biggest thing that I've learned from this city is the importance of being scrappy. I was a working class kid. I've had to really fight and work hard for everything I've accomplished already. That value of resilience, of hard work and having strong character are all values I've learned growing up in the city."

Bibb: "We still get drowned out by the 'Mistake on the Lake' narrative. I think as we come out of this pandemic we have an awesome opportunity to really reset the narrative about how great Cleveland is to the rest of the world."

Austin: "What's the biggest misconception about you?"

Bibb: "I think when you're running for office, people forget we're still normal people. I love to have a good time. I love going out with my buddies for a great meal. I'm really into music, love going to see great DJs across town."

Austin: "So if you're elected as mayor, we will still see you out and about?"

Bibb: "Absolutely. It's important that folks see me out and about. I want to enjoy this city because I love this city so much."

Austin: "Cleveland sports icon, past or present, you'd want to have a beer with."