The two met at Metropolitan Coffee in Old Brooklyn. 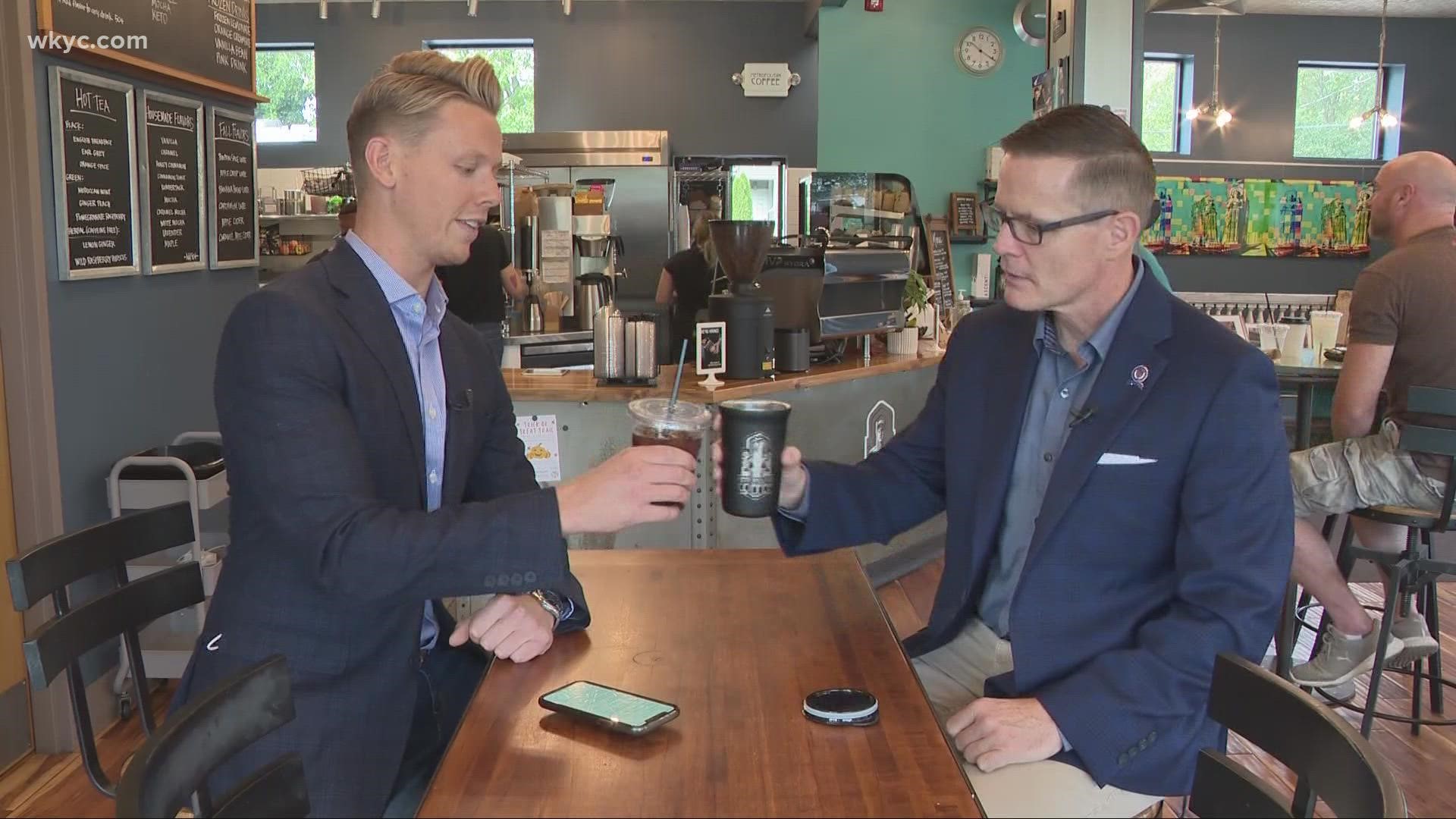 CLEVELAND — The Cleveland Mayoral election between Kevin Kelley and Justin Bibb is just two weeks away, so 3News' Austin Love sat down with both of the remaining candidates for a personal conversation to see how Cleveland would look under their leadership.

Current City Council President Kevin Kelley took Austin to one of his favorite spots: Metropolitan Coffee in Old Brooklyn. Here is a partial transcript of their conversation.

Austin: "How has Cleveland shaped you?"

Kelley: "I am Cleveland in a lot of ways. When I was younger, I had struggles. My father passed away and we lost our family home. I've been on public assistance in my life, and I know that there are plenty of Clevelanders who have their own stories that I'll never know. It's this ability and attitude. We don't give up when things get difficult."

Austin: "What's the biggest misconception about you?"

Kelley: "That just because I've been in government for a certain amount of years that I'm apart of the establishment, because I work with people, because I build relationships and I get things done. That's not establishment; that's progress."

Austin: "When can we see credit card machines for parking downtown?"

Kelley: "If it's not done Day 1, it will be done Day 2. It's low hanging fruit and will send a message that we are listening."

Austin: "Cleveland sports icon, past or present, you'd want to have a beer with."