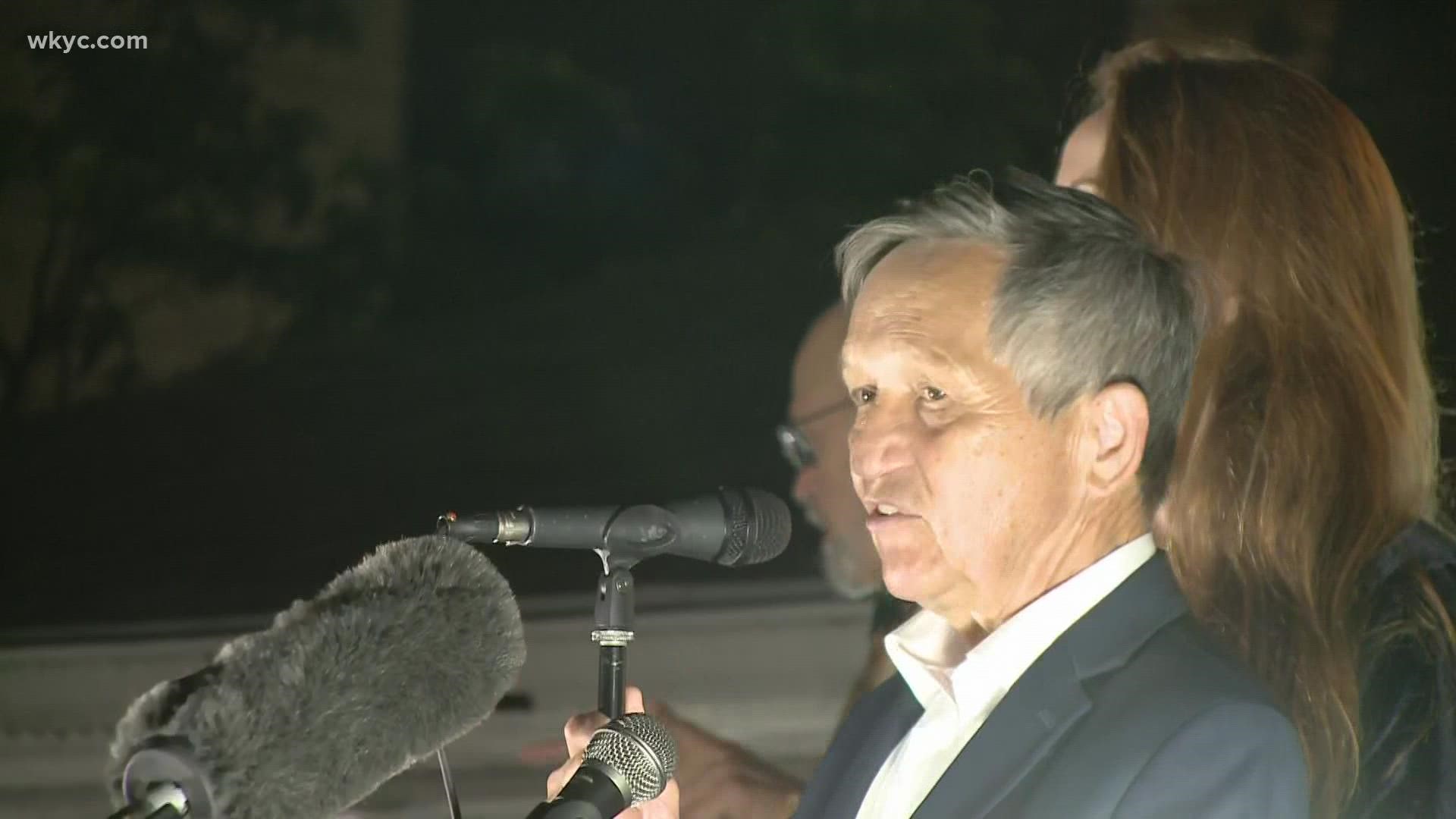 CLEVELAND — Nearly 42 years after last serving as the mayor of Cleveland, Dennis Kucinich's bid to get back his old job at City Hall fell short.

Kucinich finished in third place in Tuesday's Cleveland mayoral primary, coming in about 1,100 votes behind Council President Kevin Kelley for the second spot. Non-profit executive Justin Bibb was the top vote-getter in the primary.

"I want everyone to know how proud I am of the campaign you have worked on," Kucinich told his supporters towards the end of Tuesday evening. "And I think we can be proud of the campaign Justin Bibb has run."

Elected mayor in 1977 at age 31, Dennis Kucinich became the youngest person to lead a major American city, earning him the nickname “Boy Mayor.” But his two-year tenure was messy, most notably allowing Cleveland to go into default when he refused to sell the city-owned power company, Muny Light, to the Cleveland Electric Illuminating Company (CEI) to help clear city debts.

Kucinich went on to become an eight-term member of the U.S. House of Representatives and a two-time presidential candidate. At age 74, he was looking to come full circle with a bid for mayor of Cleveland.

"I look forward to spending more time with (wife) Elizabeth and a chance to be feeding and refreshing all of our friendships we have gained during this election," he added in his concession speech.

It's @BibbForCLE vs @kevinkelleyCLE in the November general election for mayor of Cleveland. @Dennis_Kucinich is out. Is this the end of the political line for the 74 year old former city councilman, mayor and Congressman? One of the many storylines to come. Stay tuned. @wkyc