Monday is the final day for early voting; Polls open at 6:30 a.m. on Tuesday. 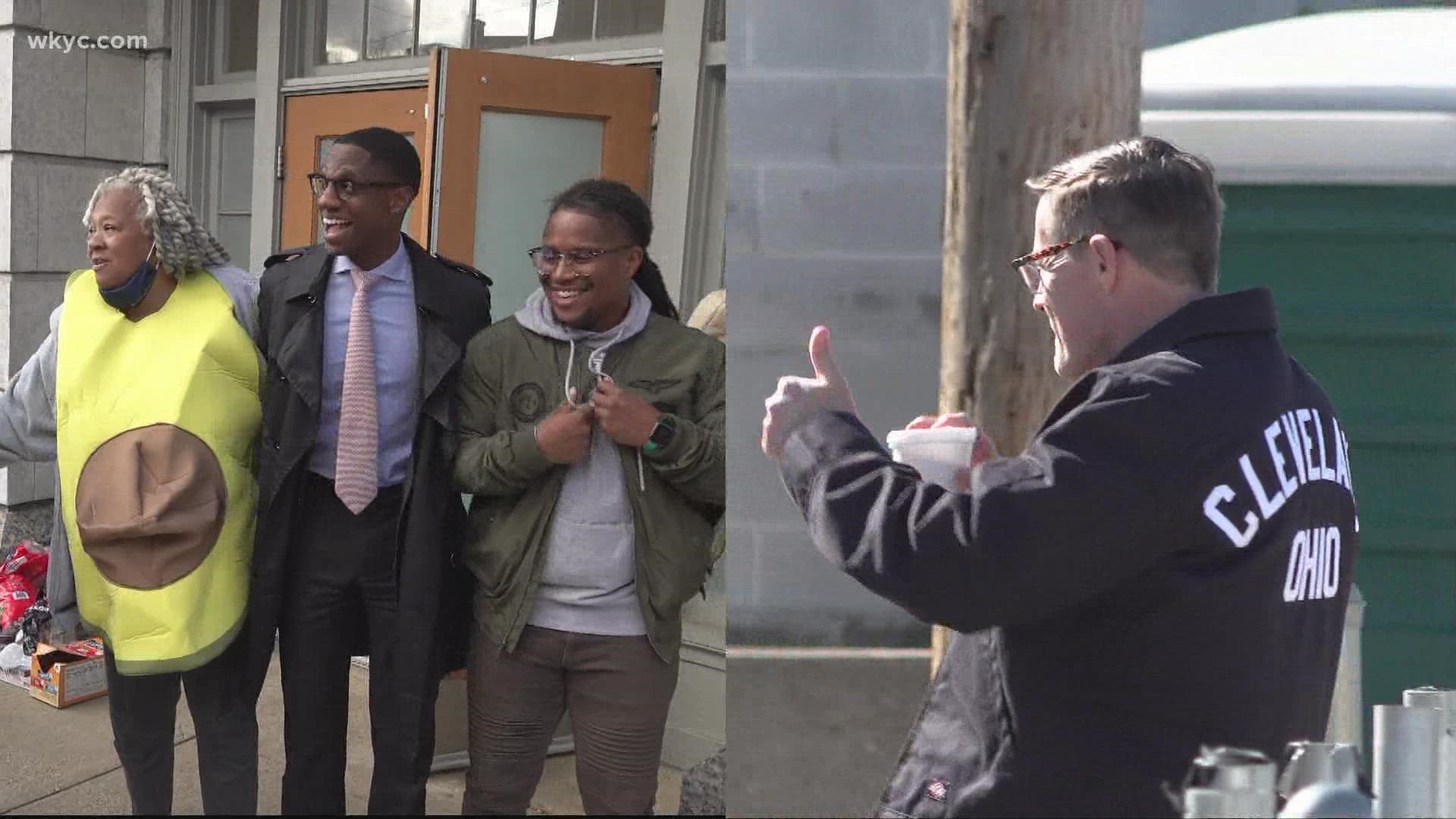 CLEVELAND — Election Day is Tuesday, and one of the biggest races on the ballot is for who will be the new mayor of Cleveland.

The winner will become the first new mayor the city has seen in 16 years after Mayor Frank Jackson announced in May that he would not seek a fifth term.

The two finalists, Kevin Kelley and Justin Bibb, spent Sunday canvassing around the city, telling 3News the message wasn’t as much about why Clevelanders should vote for them as much as it was a reminder to vote in general.

“We’ve got two more days to get this done,” Kelley said.

“It’s critical to make sure people are engaged in local government,” Bibb said.

Bibb and Kelley were out on foot, one-on-one with those they’re vying to represent.

“We think that canvassing, door knocking, and the grassroots operation is critical to voter turnout,” Kelley said.

“Reminding people that we do have an election Tuesday and making sure that they show up and show out and vote,” Bibb said.

Kelly capitalized on where sports fans' spirit was as loud as the turnout... at the rivalry matchup against the Pittsburgh Steelers.

“Right now, it’s just getting to where voters are,” Kelley said. “We’re just going to keep our foot on the gas through Tuesday.”

Bibbed canvassed on the eastside.

“The eastside is important in this race,” Bibb said. “Doing the hard work of meeting voters where they are when it’s not an election.”

September’s primary election results finalized Bibb and Kelley as the top contenders. A recent study by Baldwin Wallace University’s Research Institution showed respondents voted 34.5 percent in favor of Bibb and 24.9 percent in favor of Kelley. However, the remaining 40 percent of voters were still undecided.

Kelley and Bibb’s acknowledged voter turnout is what could make the difference.

“It’s always a challenge, especially in off-year elections,” Bibb said. “We have to do that work once we are governing too because that’s how you let people know that government is fighting for you day in and day out.”

“The time for campaigning, the time for getting your voting out and getting your message out, that happened months ago,” Kelley said. “We just tell people: do your homework, do your research, talk to people, vote.”

Another push for voting is also for Issue 24, which would shift oversight and discipline in the division of police to a civilian-led review board. Kelley is against it; Bibb supports it.

For information about Election Day, what’s on the ballot and where to vote, click here.

RELATED: Cuyahoga County Board of Elections: Don't forget to return your Vote-by-Mail ballots