Residents were looking to hear how each of the candidates plans to deal with crime in Cleveland. 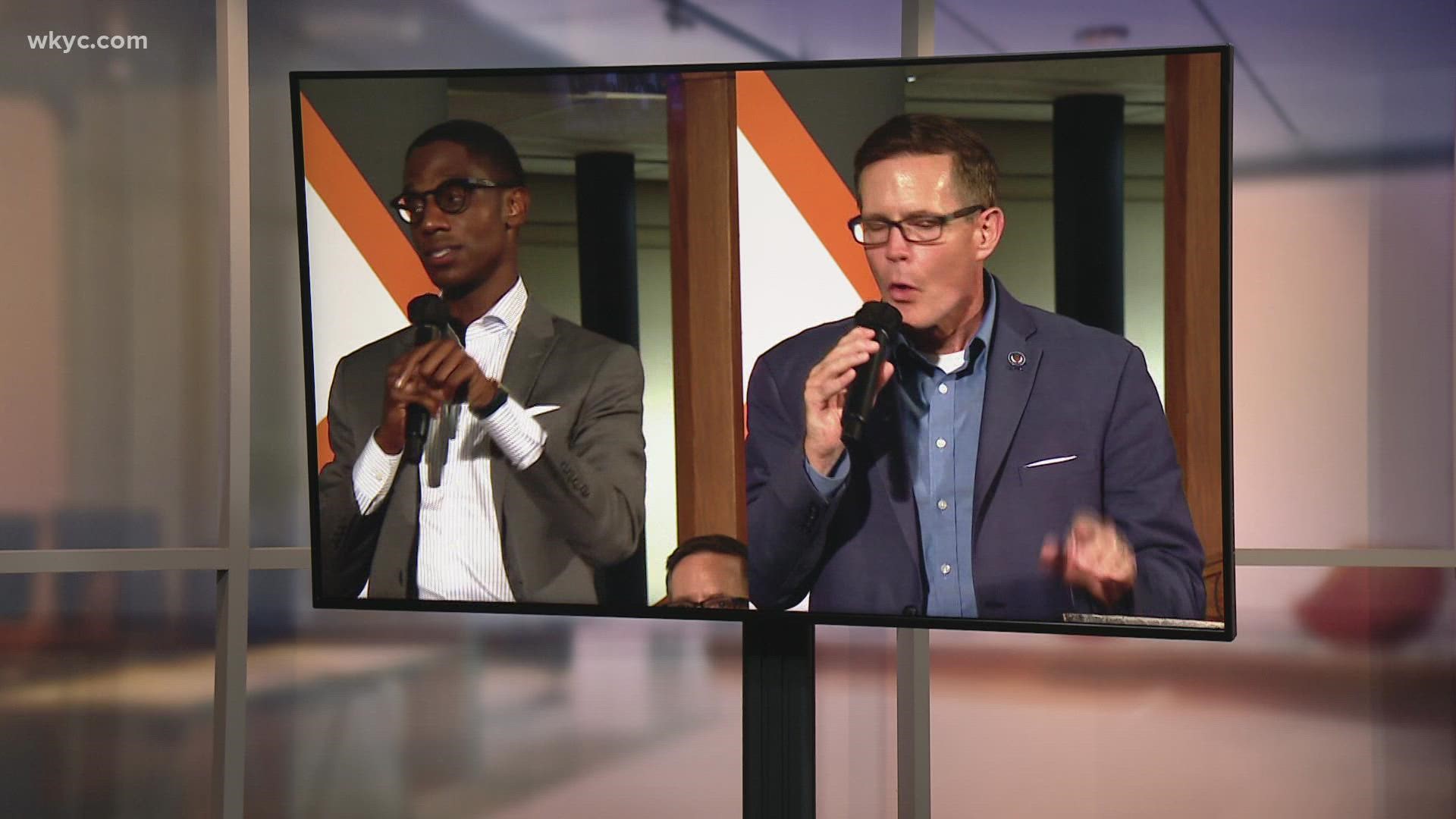 CLEVELAND — Violence in Cleveland neighborhoods is a big issue in the Cleveland mayoral race.

From random shootings to murder --- including the death of current Mayor Frank Jackson's own grandson, Frank Q. Jackson, Greater Cleveland Conference put together a forum Thursday night to address the concerns of residents when it comes to the upcoming election.

"The first thing we must stop is the surge in violent crimes that we are currently experiencing," said Kevin Kelley, one of the two candidates for mayor.

"We have a unique opportunity to turn that pain that many Clevelanders face...we can turn that pain into purpose," said Justin Bibb, the other candidate in the race.

"I was very happy to hear about the issues that really affect people that you don't really get to hear very often," said Bill Newsome, a Cleveland resident and voter.

"We need honesty and truth and someone who will address the issues," said another resident, De'lynn Harrison.

Bibb and Kelley also addressed poverty, schools, justice reform, and jobs during the Thursday night event. Despite the wide array of topics discussed, voters in attendance agreed that there's one thing in general that needs to happen, and happen fast: change. Voters also said that if Bibb and Kelley won't do enact real change, they will find someone who will.

"We the people put you in office and we can take you out," said Mary Keith, a voter in attendance.

RELATED: 'He will fight every day': US Sen. Sherrod Brown endorses Justin Bibb for Mayor of Cleveland

RELATED: 'We are well positioned for the future': Cleveland Mayor Frank Jackson gives final State of the City address